FRIARS INCH CLOSER TO LEAGUE TITLE WITH WIN OVER EAGLES

The Father Duenas Friars solidified their chances at winning their third straight team championship after defeating the Harvest Christian Eagles in the IIAAG boys tennis league. 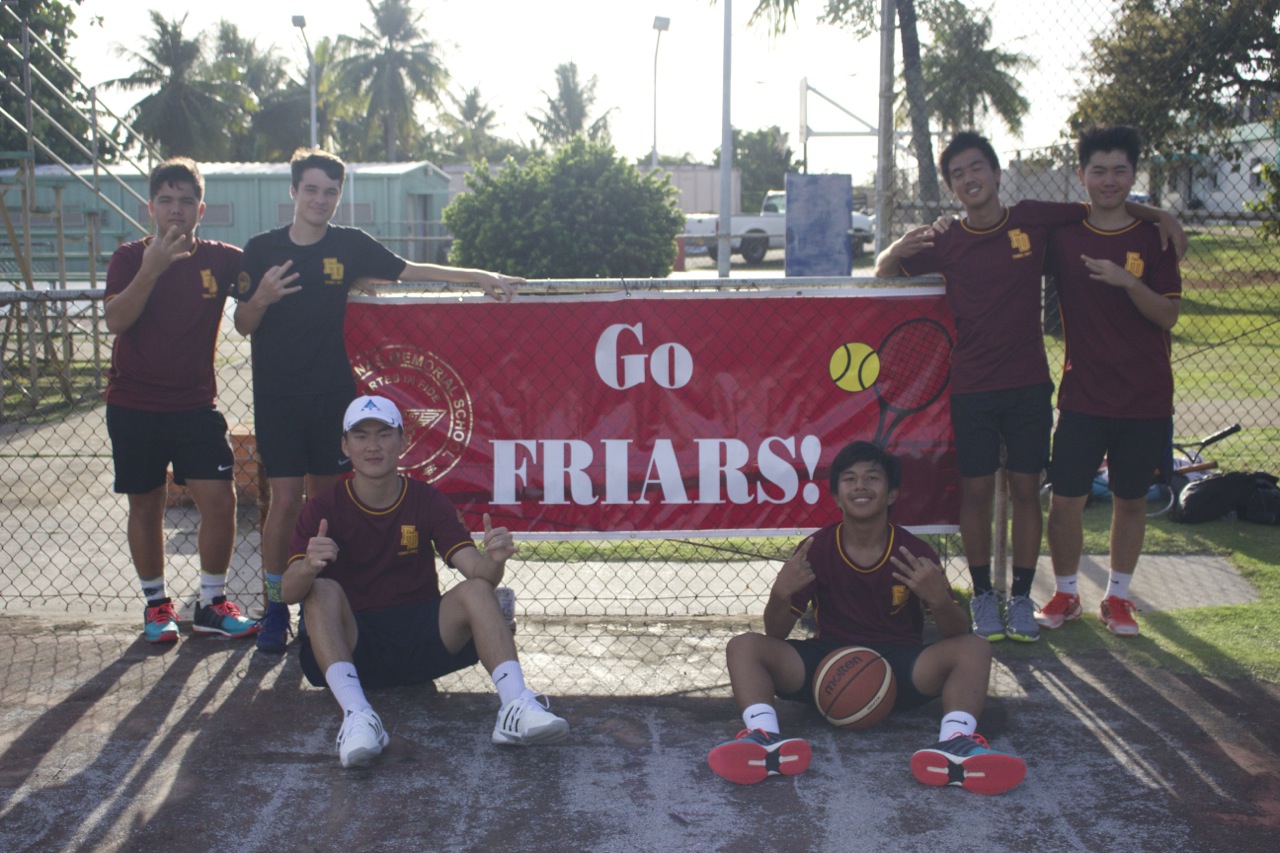 The Father Duenas Friars solidified their chances at winning their third straight team championship after defeating the Harvest Christian Eagles in the IIAAG boys tennis league. The deep Friar team defeated the Eagles 28-22 to improve to 6-0 for the season. Both teams were undefeated coming into the contest and the winner of the contest on Monday afternoon would be in good position at capturing the championship.

In IIAAG team tennis, the first to eight is declared the winner of the match. There are two singles and two doubles matches per meeting. All match points are added up after four total matches and the winner with the most points earns the victory. Fd had a total of 28 points, Harvest had 22 after all four matches.

In the singles first feature match, two super sophomores went against each other with  FD’s Camden Camacho taking on the Eagles’ Mason Caldwell. Caldwell, last season’s MVP as a freshman, went ahead early with a 6-3 advantage.

Momentum was clearly on Camacho’s side as he rallied to win a long final point to take the match to hand Caldwell his first loss of the season. “I actually lost to him (Caldwell) a couple days ago in the Calvo Select Care tournament (6-1, 7-5),” said Camacho. “I just told myself to try and get the ball back during our match today.”

The Eagles won the first doubles match with the team of Kevin Zhu and Gavin Lee defeating FD’s Tyler Talai and Shane Schnabel 8-4. The Eagles were winning after the first round of match ups 15-12 but regained the lead after FD’s Gabriel Tan defeated the Eagles’ James Hourican 8-4 in the second singles match. FD was winning 20-19 with the final doubles match left.

Camacho suffered a defeat earlier in the season to last seasons IIAAG boys champion Derek Okuhama from St John’s. The loss to Okuhama was his only loss this season and his victory over the previously undefeated Caldwell will make the all-island individual tournament much more exciting. “Coming into every match I just try and laugh and relax. If I put too much pressure on myself then I’ll tighten up and not play well,” said Camacho.

The Friars will face the JFK Islanders next week Tuesday. Both teams are currently undefeated. The Eagles fall to 2-1 for the season. The all-island tournament will take place next month after the regular season. Okuhama from St John’s was last season’s champion, Tara Usita-Lee from Academy was last season’s girls champion.