The FD Friars turned around what appeared to be an off night as they defeated the visiting Tiyan Titans in three sets 18-25, 25-17, 25-18 at the FD Jungle Monday evening. 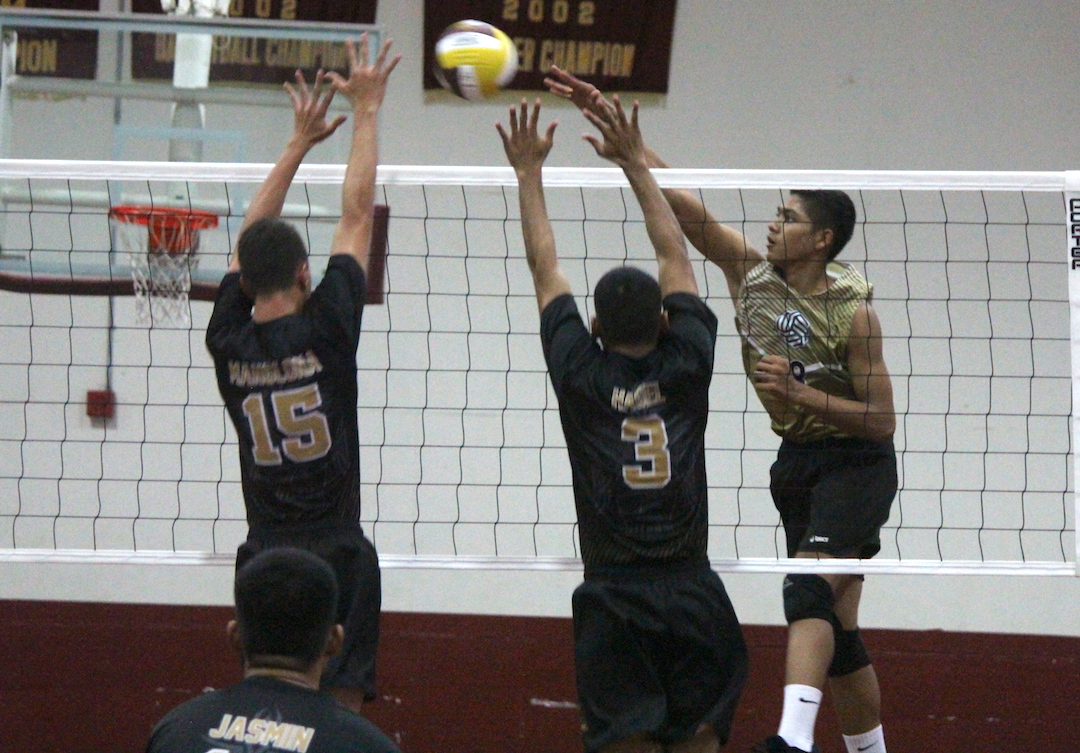 The FD Friars turned around what appeared to be an off night as they defeated the visiting Tiyan Titans in three sets 18-25, 25-17, 25-18 at the FD Jungle Monday evening.

Service errors buried the Friars in the opening set with Tiyan controlling a 13-9 lead with five of the Titan points coming directly off of missed FD serves.

FD battled back behind a kill by Kyle Gaitan to get within 19-18, but the Titans rode a big hit from Giovanni Manglona to close the set on a 6-0 run to put the Friars in hot water.

FD corrected their mistakes in an instant as Vince Leon Guerrero sparked the team to a 4-1 lead where he pocketed a pair of aces on his dangerous jump serves.

“I know that I have some ‘killer’ serves so I just wanted to use that to boost the morale so we could get ourselves into the game,” said Leon Guerrero of his offensive jumpstart.

The Friar kryptonite quickly turned into their most dangerous weapon as they continued their strong serving with Joseph Connelley spearheading a 7-0 run from the line, putting FD up 18-5.

The Titans started to creep back behind Jude Cruz serving, as part of their own 5-0 run, but it proved too little too late as Rick Untalan closed out the 2nd set with a 4-0 run to force the 3rd and final.

“We just realized what we were doing wrong and we started to capitalize on it. One of the biggest factors we had was the lack of communication and bad passes. During the timeouts we really focused on fixing those things,” said Leon Guerrero on the teams turnaround.

FD’s offense started to come alive in the 3rd set with outside hitter Aiden McDonald and Leon Guerrero getting a pair of kills to a 7-6 lead. Manglona kept the Titans competitive for the first parts of the set before Untalan stepped to the live to create some separation, with the help of Gaitan’s two kills, as FD led 17-10.

Leon Guerrero smashed away at his third kill of the set to go up 20-13 and the Friars managed to hold off a spark from Manglona to get the final point from McDonald to beat the 2nd seeded Titans.

“Beating these guys who are the 2nd seed is big for us. Getting this win will really give us a confidence boost if we meet them again in the playoffs,” added Vince.

The Friars will host the St. Paul Warriors on Tuesday for a back-to-back and the Titans will travel to JFK to face the Islanders.