The GW Geckos opened the flood gates, scoring nine goals in a 9-1 rout of the Academy Cougars in their season debut at the GFA Training Facility Tuesday afternoon. 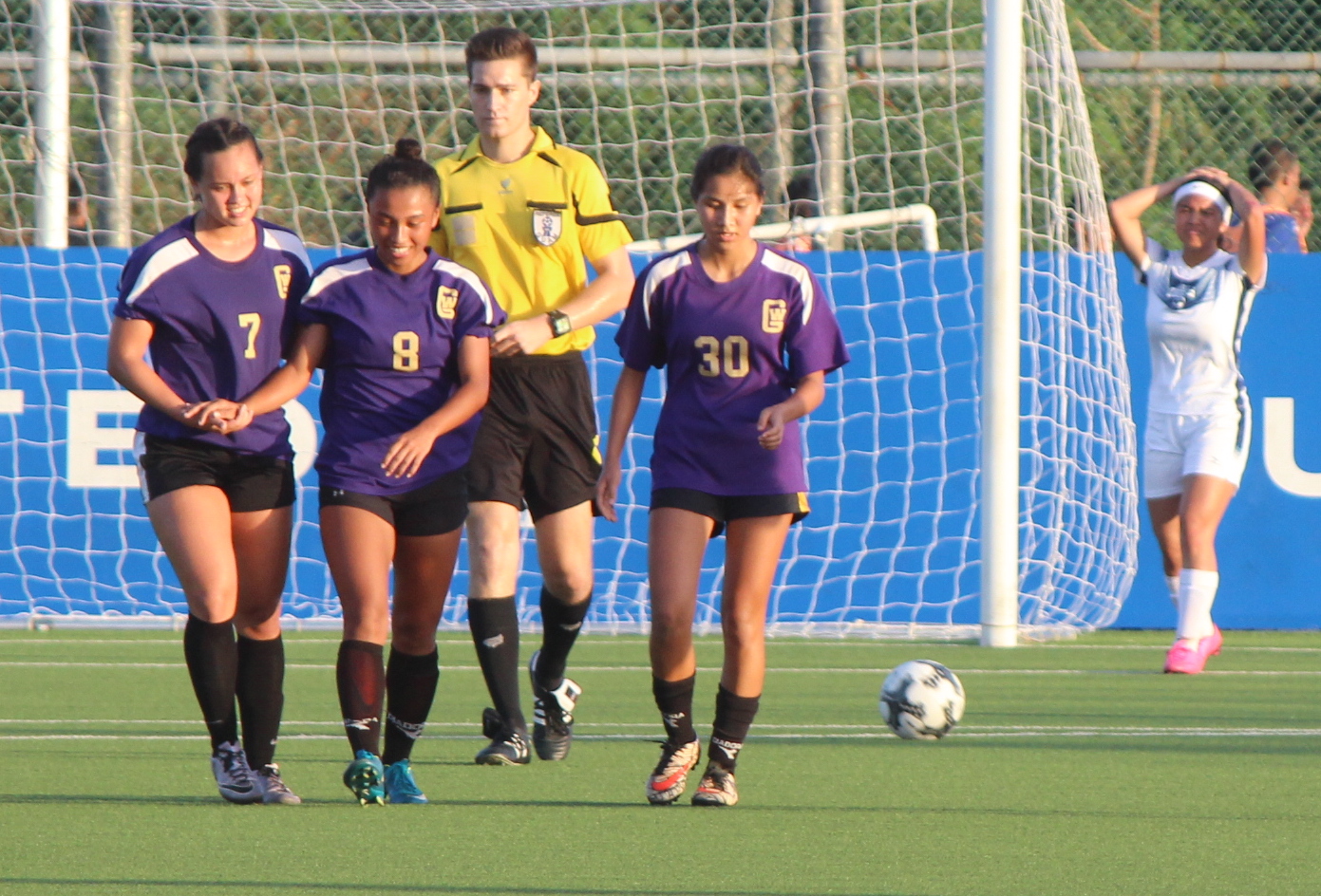 The GW Geckos opened the flood gates, scoring nine goals in a 9-1 rout of the Academy Cougars in their season debut at the GFA Training Facility Tuesday afternoon.

Things started to go south on the defensive end for the Cougars after defender Rosita Duenas made an early exit with a knee injury. Not more than a minute later, Gecko’s Naden switched from middle striker to wing, assisting on the first goal from Jalana Garcia at the 30-minute mark.

Two minutes later, Naden got free for her own score on the wing to begin the scoring spree for a 2-0 lead.

“We had a little talk after that first foul and we organized ourselves a little bit. I switched from middle to the outside and that really opened up some doors from us. I don’t think there expecting to see me on the outside,” said Naden on flipping the offensive switch.

Garcia ran rampant for another goal before the half, scoring her second goal at the 37th minute to take a commanding 3-1 lead.

“The communication and moving without the ball was key. We created a lot of space for each other, but it was really just our communication that helped us get the win today,” said Garcia.

Garcia made two exits in the game after injuring her ankle, then re-rolling it late in the second half. Being the all-star athlete she is, Garcia made light of the injury.

“I’m just stubborn,” said Garcia on entering the game after her first injury. “I’ll be back out there next game.”

Academy avoided the shutout with striker Aubi Pangindian shaking free for a beauty of a goal, firing off a shot with her right foot from 15 yards out to get it right past Geckos keeper Tamika Hechinova for a 3-1 halftime score.

Garcia went down early in the second half, scoring her third goal while getting injured. Naden got loose on the right wing and punched in the Geckos fifth goal for a run away 5-1 lead. Garcia scored her fourth goal at the 71st minute, Park added a goal moments later and Naden completed her hat-trick for the 8-1 lead.

The reigning MVP Johnson had the last say of the evening with a straight shooter for the 9-1 finale.

Carlson Gracie Jr. is back on Guam!

Master Gracie is back this week spending time with his jiu-jitsu academy, leading up to a big promotion ceremony this weekend, according to head coach Gabe Baker.

Pangelinan battled for a bronze in the Master 3 Black Belt Heavyweight division in Dallas.