Saturday proved an outstanding total team effort on the field and at the plate for the Guam Nationals Fastpitch Team playing in the 2017 18U PGF National Championships in Fountain Valley, California. 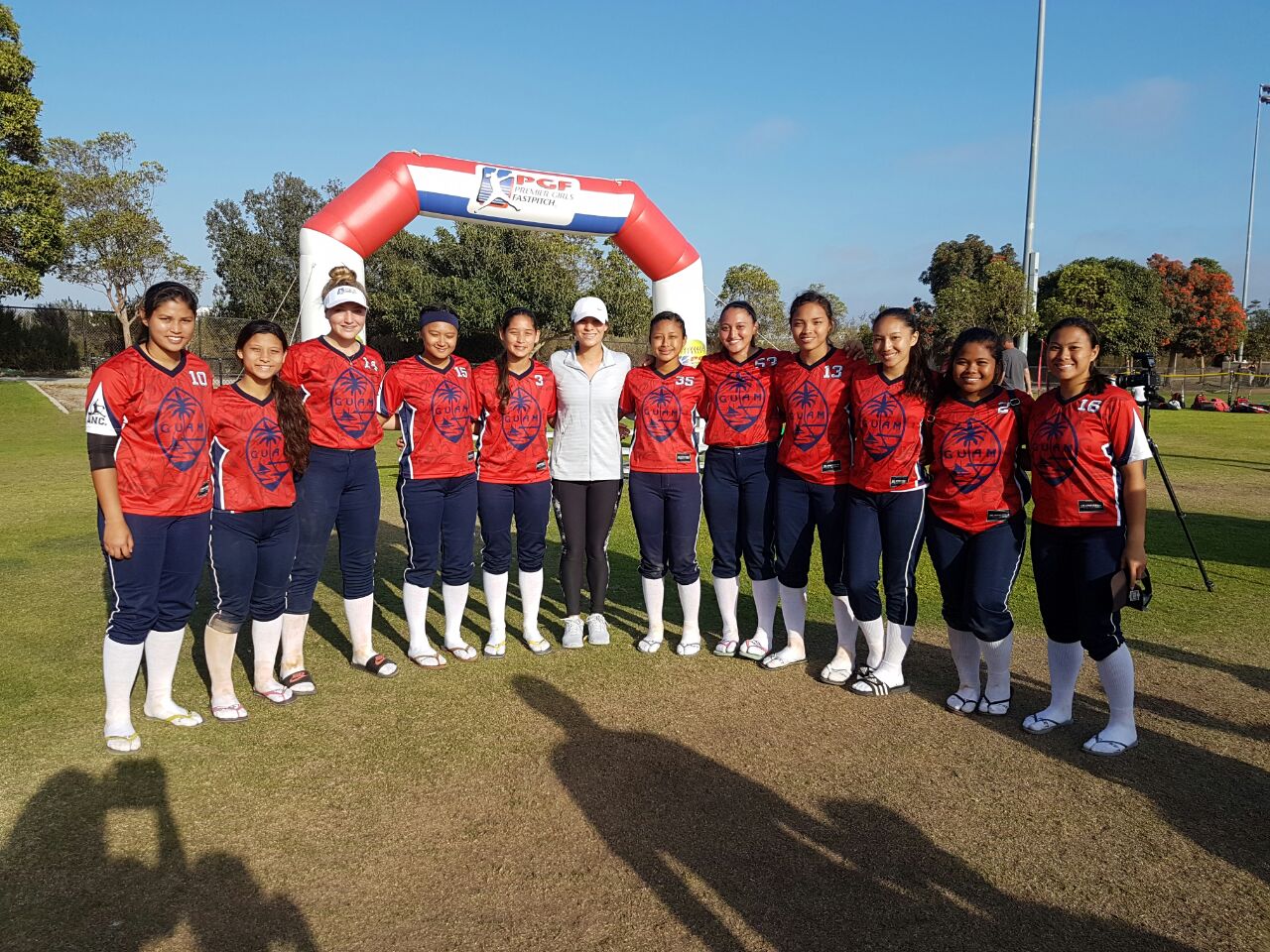 PRESS RELEASE – Saturday proved an outstanding total team effort on the field and at the plate for the Guam Nationals Fastpitch Team playing in the 2017 18U PGF National Championships in Fountain Valley, California.

Guam pitcher Abigail Mrvalja (2017 IIAAG Softball MVP) got the win with a stellar pitching performance (1 SO, 0 Walks, Complete 7 Innings Game Pitched) keeping the Jersey Intensity Squad at bay the whole game with a variety of pitches and with the help of great defensive plays from her teammates.

With Sirena Cepeda scoring on a RBI Double by Samantha Quinata in the 1st inning  and Kiana Rivera scoring on an RBI double by Colleen Quinata (2016 IIAAG Softball MVP) in the bottom half of the 6 Inning. Two runs was all that  Mravlja needed to bring home the win for team Guam.

All the girls were leaders in their perspective high school teams so they all know what it takes to play at this level where all teams playing in the National Championship are packed with NCAA Division I through Junior College committed Athletes.

Coach Keith Hattig and the rest of the coaching staff has worked hard to improve their abilities mentally and physically and it’s proving to be helpful during this tournament.

New players, outfielder and pitcher Elyze Pocaigue (Southern High) and Pillar George (John F. Kennedy) were amazed at the talent in the PGF level after coming from recreational league Softball in Little League in Delaware and are stepping up to improve their game and bring back their experiences to help the girls in Recreational Little League on Guam get better and achieve a higher level.

Even NCAA talent Sydney Romero, who has ties to Guam with her father owning a Chamorro Restaurant in San Diego, and Falepolima Aviu of the NCAA World Series Champion Oklahoma Sooners were in attendance to greet and support the girls during registration day.