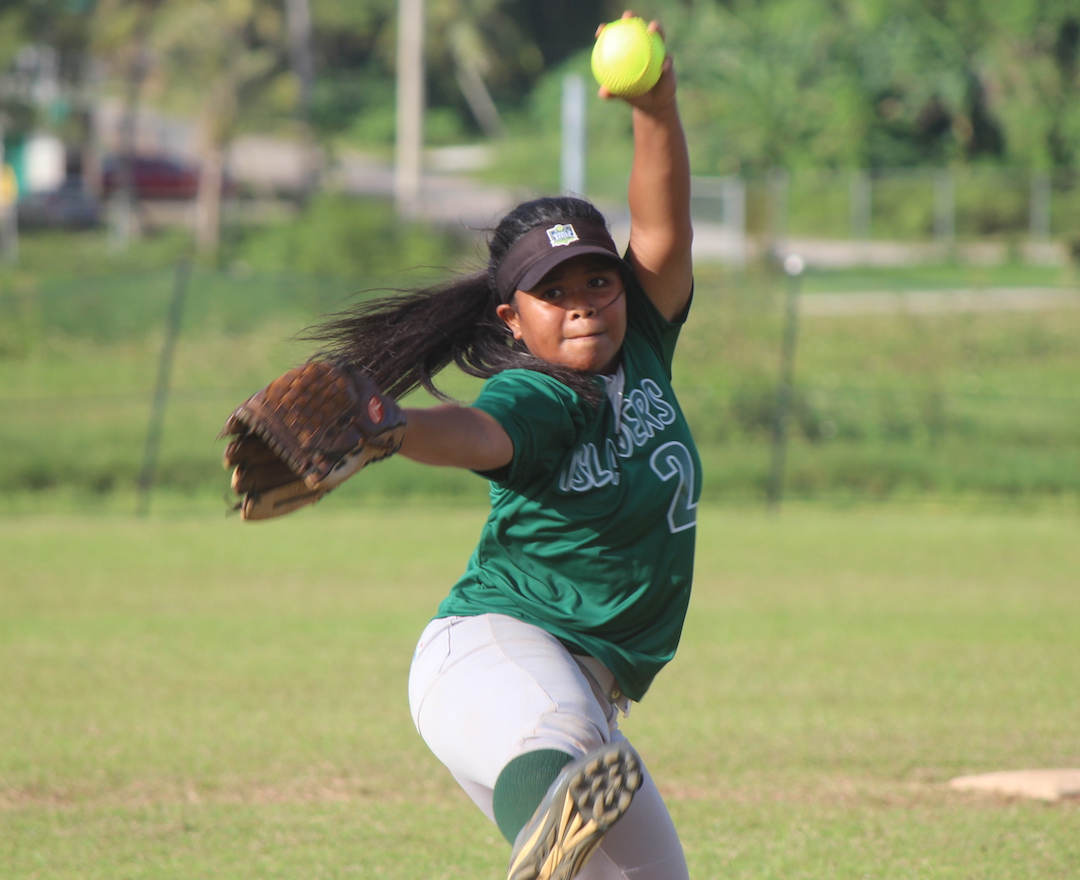 The JFK Islanders beat the GW Geckos Wednesday evening 14-2 in five innings, the mercy rule in effect. It was a windy and cloudy evening at the GW softball field, where the Geckos opened up their season with a loss.

The Islanders were up to bat first, as they were the visiting team. The offense got heated up right away, scoring four runs. The first two runs came in after Islander Olivia Iriarte hit an RBI double. This hit allowed Runners Shanalyn Pangelinan and Pillar George to come home for a run each, making the score 2-0. The other two runs came in from home steals, one from Narissa Blaz, and another one from Vianka Leon Guerrero. The score was 4-0 heading into the bottom of the first.

The only Gecko offensive action in the second inning was a single and a stolen base, both of which were produced by Gecko Joreen Cruz.

There was no Islander offense in the third inning, except from a lone stolen base from Shanalyn Pangelinan, after she was previously walked.

The JFK offense earned three more runs in the fourth inning. All of these runs came from stolen home plates after balls were thrown by the GW pitcher. The runs came in from Narissa Blaz, Vianka Leon Guerrero, and Jaeda Aguon. The score at the end of the top of the fourth was a convincing 8-1 lead for the Islanders.

Only a single was hit by the Geckos in the bottom of the fourth. It was made by Janelle Lujan. Pillar George was responsible for all three outs of the inning.

The Islanders got six more runs in their final offensive run. The first run was earned by Narissa Blaz after she stole home. The second was scored when Vianka Leon Guerrero hit an RBI double. This opened the window of opportunity for Olivia Iriarte.

In their last chance to increase their score, the Geckos only got one run, from an RBI hit by Amanda Castro, which gave Jackie Toves the go ahead run.

The final score was 14-2, the Islanders with a dominant win.

“I think we’ll help each other get better and go to the playoffs,” said Islander player of the game, pitcher Pillar George.

“I feel great, that was an awesome game, I’m really proud of our team, we just have to keep playing hard,” said Vianka Leon Guerrero, the second player of the game.