In this past weekend’s Ironman 70.3 World Championships in Chattanooga, Tennessee, six female athletes from Guam competed against some of the world’s top triathletes and two of which, Manami Iijima and Laura Nadeau, finished inside the top 15 of their age group. 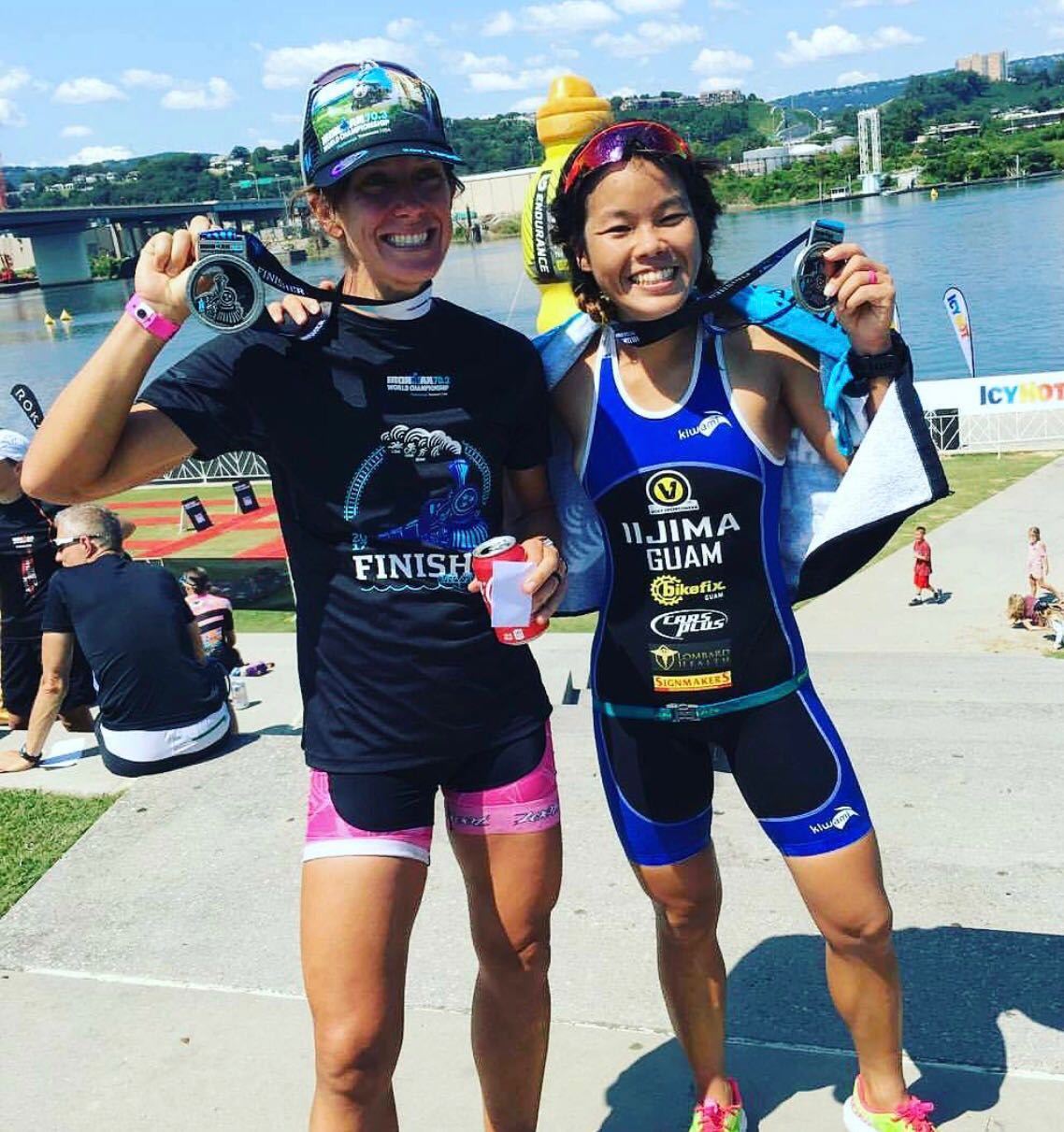 In this past weekend’s Ironman 70.3 World Championships in Chattanooga, Tennessee, six female athletes from Guam competed against some of the world’s top triathletes.

The world championship course was grueling to say the least with water temperatures cold enough to allow wetsuits and over 3,000 feet of elevation on the bike. The ladies from Guam were up for the challenge though and all of them completed the course in the allotted 8 and a half hour time limit.

Two of Guam’s athletes had exceptional finishes as Manami Iijima came away with the 9th spot in the 25-29 division, finishing the race with an official time of 4 hours 56 minutes and 41 seconds. This was only Iijima’s second race at this distance. Iijima was 14th out of the water, but was able to erase most of her deficit with a super fast swim to bike transition. At one point Iijima was 6th overall in her group. Iijima nearly broke the top 50, finishing 51st overall amongst the 1700 competitors.

The second fastest Guam finisher to Iijima was her “suffer sister” Laura Nadeau who nabbed 13th in the female 30-34 division with a finishing time of 5:04:10. Nadeau’s time landed her in the top 100, 84th overall.

The race was won by Sweden’s Daniela Ryf, her third IM 20.3 title. Defending champion Holly Lawrence dropped out of the race midway through the bike course as she was trying to close a significant gap with Ryf.