Richard Wenden (7), a member of the Guam International Raceway Motorcycle and ATV Club (GIRMAC), has been selected to participate in the KTM Jr. Supercross Challenge (KJSC), to be held May 06, 2017 in Las Vegas, Nevada (May 07 Guam time). 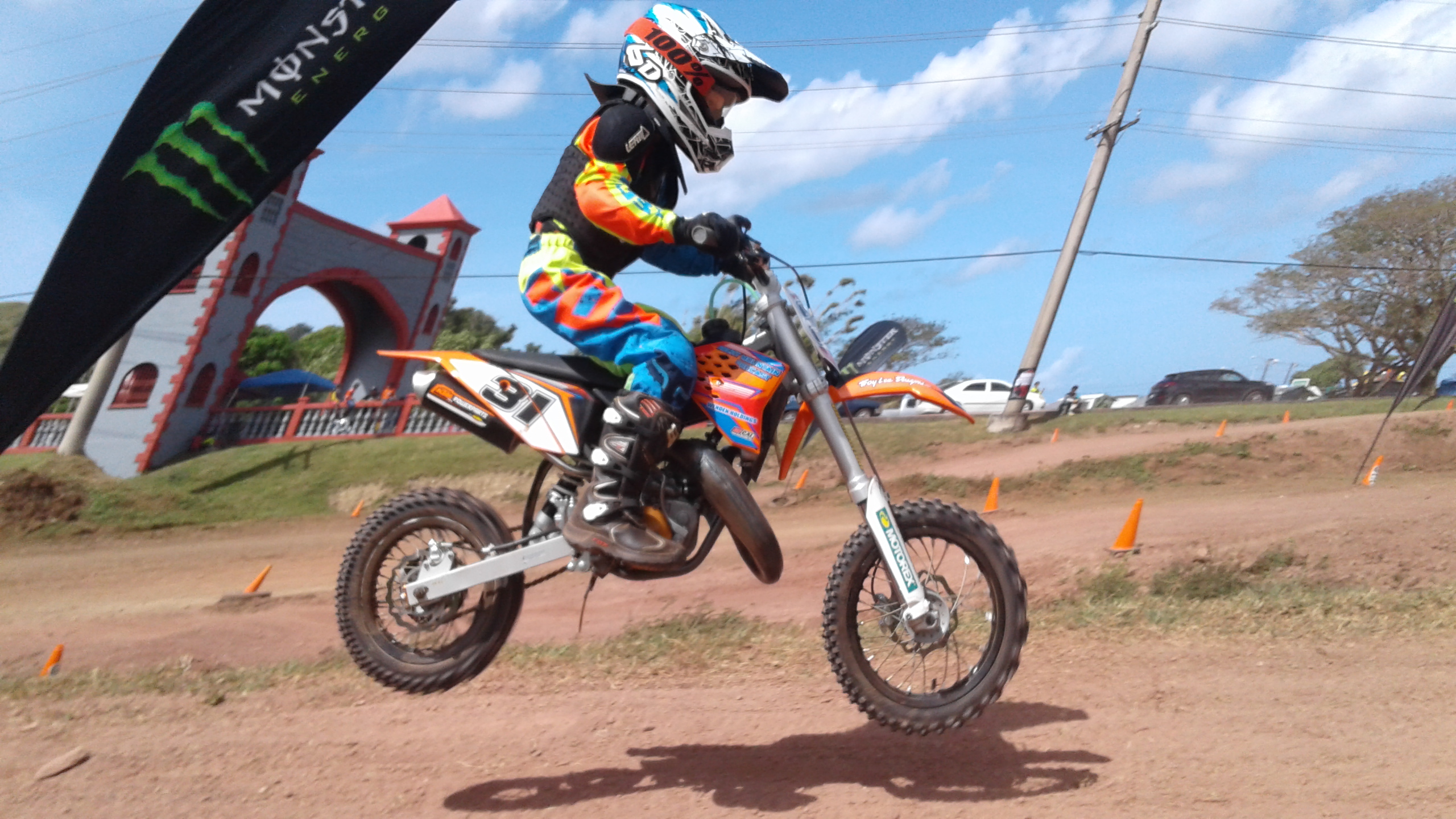 Richard will represent Guam along with 14 other randomly-chosen participants from around the world, who have passed selection criteria including age, height, weight, an above-average report card and motocross racing experience. Richard and one other competitor from New Zealand will represent the Pacific.

The 15 riders will be treated to VIP status. They will be provided with 2017 KTM 50 SX bikes to ride and KTM PowerWear to wear, and will be assigned their own pit crew. They will have the opportunity to meet the Superstars of Motocross, including Ryan Dungey and Ken Roczen. They will compete in a 3-Lap Exhibition Race during the Intermission of the Supercross Final at Sam Boyd Stadium, Las Vegas, in front of 50,000 cheering fans. This is an opportunity of a lifetime and has been the launching pad for pro racers in the past.

Richard has been learning to race motocross from age 3 from his father, Tim Wenden, also a skilled motocross racer. He races with the GIRMAC Club at the Guam International Raceway in Yigo, and is sponsored by Rocky Mountain Precast. Richard was born on Guam and attends Harvest Christian Academy. He has an older sister, Mariana (8), who also races motocross, and a 2-year-old little sister, Jenna.

Members of the public are also invited to come along to Round 7 of the 2017 Guam Monster Energy MX Championships at the Guam International Raceway in Yigo, on Sunday, April 30th from 11:30am. Richard will be racing. Admission is free.

For more information on motocross on Guam, go to https://girmac.teamapp.com/, visit Atv/MC Motocross Guam on Facebook, or visit www.guamraceway.com.

Submitted by Anneliese Wenden, on behalf of GIRMAC.