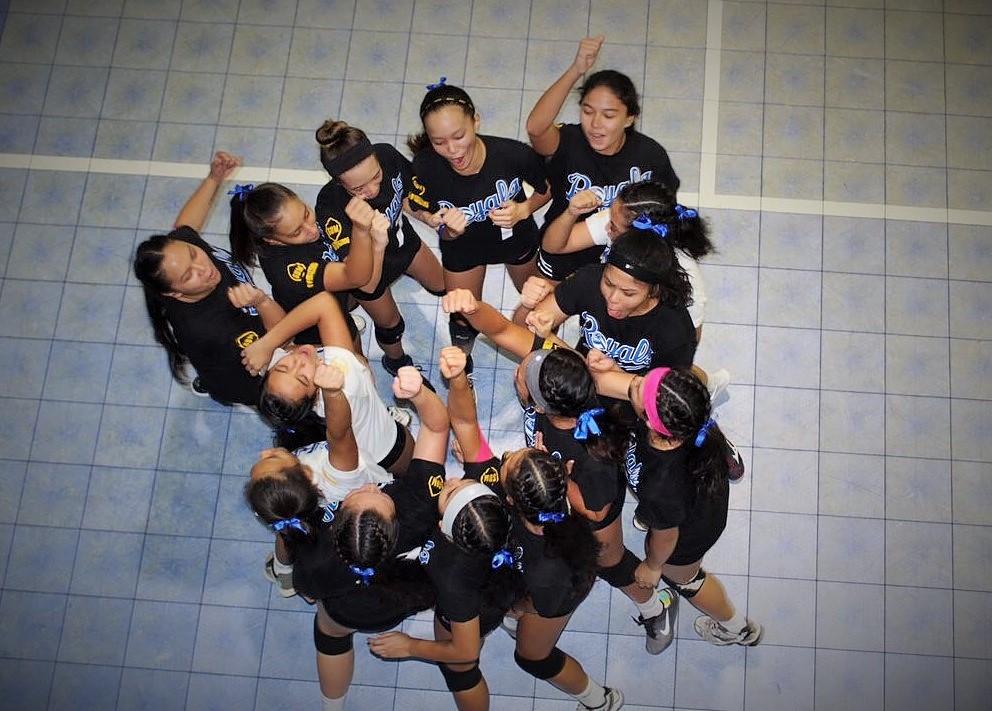 Saturday night had the top teams in both the Taga and Gadao divisions going at it in the IIAAG Girls Volleyball League.

Down in Talofofo, the greatest girls volleyball rivalry commenced once again with the ND Royals dropping the Academy Cougars 25-22, 25-22 for the top spot in the Gadao Division.

The Royals and Islanders are the two undefeated teams remaining in the league.

The Royals and Cougars part ways after their unbeaten match in Talofofo Saturday night. (photo by ND yearbook staff)

Academy jumped out of the first set very quick with a 5-1 lead. Five lead changes later, The Cougars went on a 5-0 lead behind the net play of middle blocker Laressa Halladay to take a 17-14 edge.

But the Royals slowly creeped back. Davie Rae Lefever’s two straight aces put ND in the lead for good at 22-21 before three Academy errors help close the first set.

ND was in control throughout the second set, taking its largest lead at 16-8.

The Cougars didn’t go down without a fight, inching their way to a 22-20 score with a kill from Isabella Bargfrede, but the errors doomed Academy down the stretch again.

Senior Carmen Gogue serves it up for the Royals. She added four kills from the attack line.

ND libero Tammi Wusstig was instrumental in the Royals defense against the Cougars offensive attack.