Run Guam has officially found a home. The running/sports apparel company that has taken the island by storm over the past couple of years has opened a main branch in East Agana with the team having a grand opening Saturday morning. 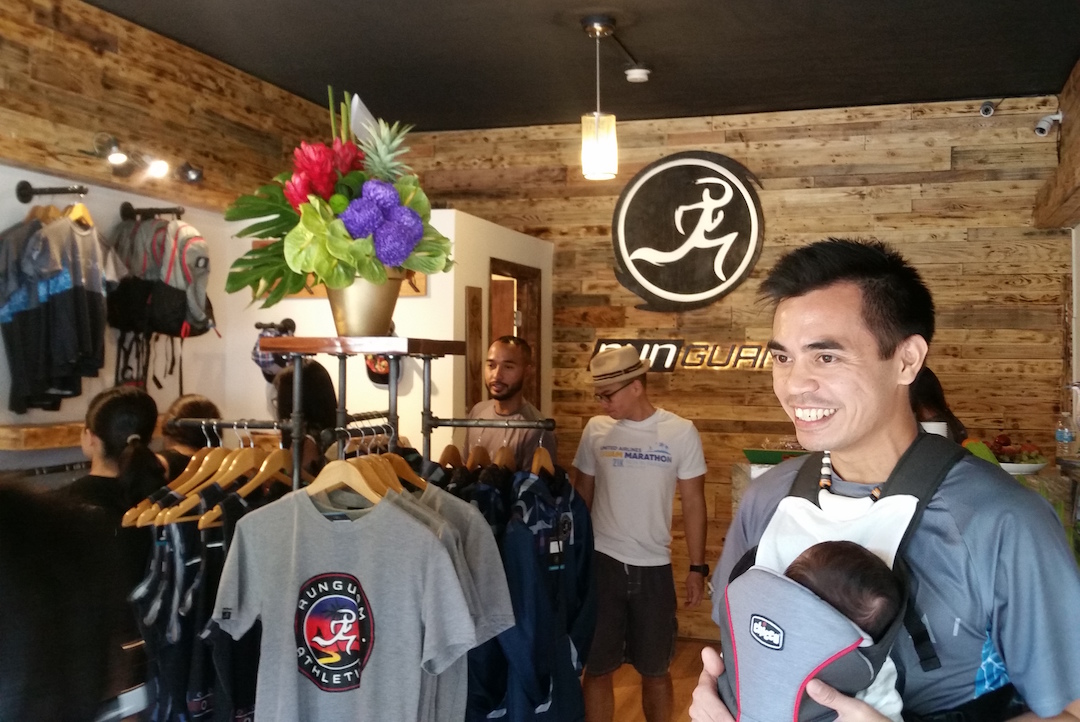 The running/sports apparel company that has taken the island by storm over the past couple of years has opened a main branch in East Agana with the team having a grand opening Saturday morning.

“We know we’re taking a risk, but in order for us to grow we wanted to have a spot where people can come to us whenever they instead of us having to find a 5k to set up. To fit the vision for the company, we had to find a spot to set up shop,” said Run Guam’s co-owner Derek Mandell.

The company started out as a single-item seller before eventually outfitting Guam’s high school running scene as well as becoming the go-to wear for all the local runners. Premier 5k’s like the BOG and Kick the Fat have even gone through Run Guam as their choice for their sports apparel.

“We decided to really pull the trigger and just go for it. We knew that these are the things we need to do to grow the brand,” added Mandell.

The scenic location is just one of the many benefits of the Run Guam headquarters as the spot is a natural running route for big running events. It also ties in with what Run Guam plans to incorporate sometime in the future.

“We want to be able to use this location to host clinics for running, speaking seminars and even host group runs weekly. Eventually too we want to plan some races,” added Derek.

Be sure to check out Run Guam during their business hours