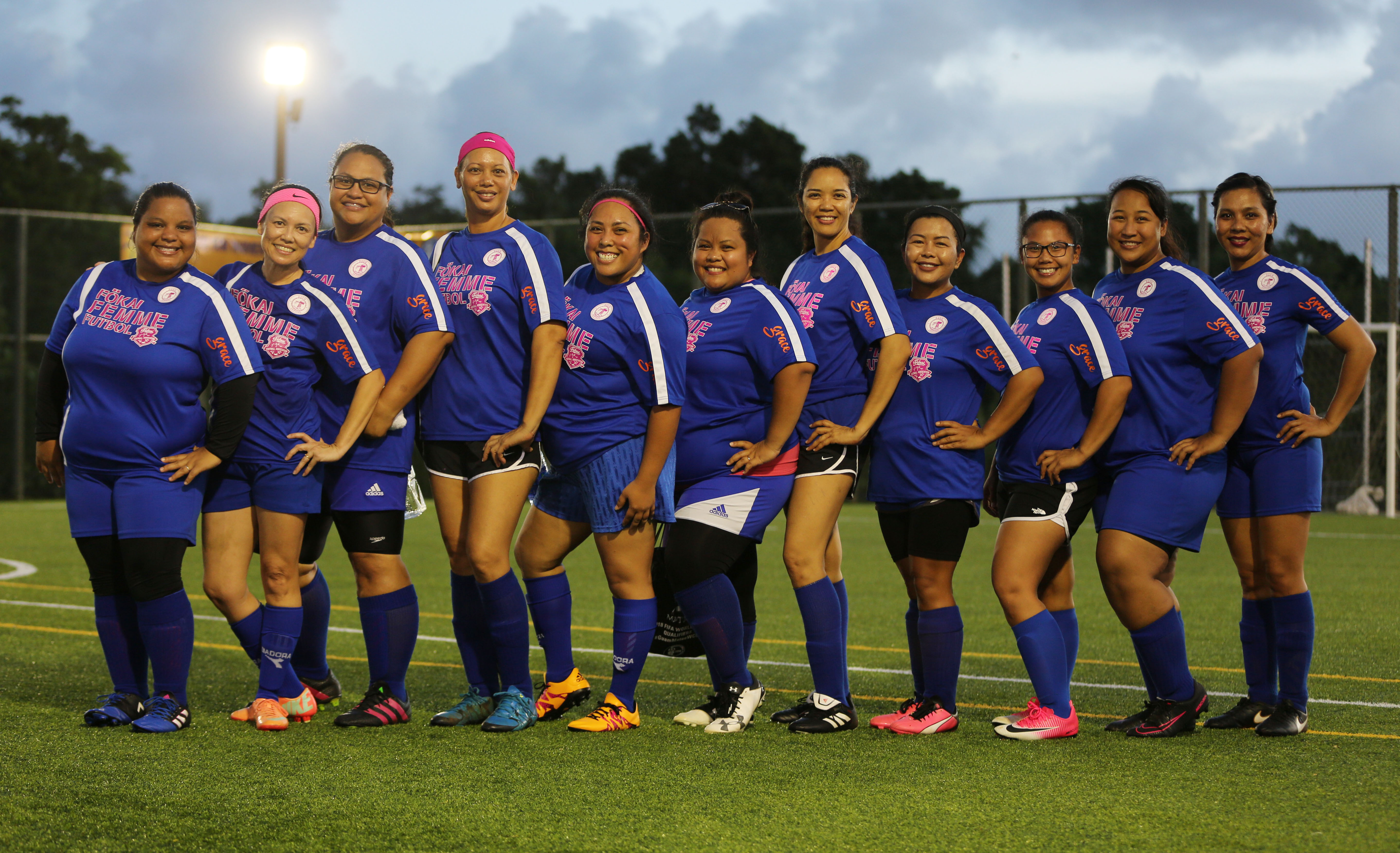 PRESS RELEASE – Over 200 players, coaches and officials completed their final matches of the Docomo Pacific 9th Soccer Moms League Sunday at the Guam Football Association National Training Center and many can’t wait for the next season to start.

“I love playing in the Docomo Pacific Soccer Moms League because it’s fun and it’s a way to exercise at the same time,” said Lucele Leon Guerrero, who plays for the Islanders DOMinators. “It’s also great meeting new people and getting back into the sport since high school. I first joined in the Spring of 2015 and since then, I’ve noticed there are always new moms joining the league. As a mom, having this league just for us is so nice; a lot of us surprise ourselves on the field – being able to play even if our knees are hurting, or outdoors when it’s hot, sometimes I think how amazing it is that we could do it all.

“Over the two years that I’ve played in the league, the main difference now for me is that I feel more confident when I’m out on the field. When I first started, I wouldn’t want to try to run up, I always found myself staying back. Our coach would always tell me to move forward and now I can see the difference it makes,” the Dededo resident added.

Members of the Docomoms team from the Fall 2017 Docomo Pacific Soccer Moms League pose for a group photo after their final week match against the Islanders DOMinators at the Guam Football Association National Training Center.

Leon Guerrero and the Islanders DOMinators played against the Docomoms in the lone 2 p.m. match of the day. Earlier in the afternoon, the Dededo Disasters and Latte Strong played their final match of the season and Tsunami and Wings Momdeshiko also played at the same 1 p.m. time slot. Femme Fatale and the Warriors played the late match at 5 p.m. The league’s other team, Queen Cobras, received a bye for the final week.

As a token of appreciation for the players in the league, Docomo Pacific provided prizes for players in a lucky draw after each match. During each prize presentation, GFA Executive Director and Women’s Football Director Cheri Stewart delivered a short speech to thank all the players who played in the league, the league sponsor, Docomo Pacific, and also paid tribute to former GFA Women’s Administrator Grace Martinez, who passed away in July of this year.

Martinez was instrumental in developing the Soccer Moms League, which officially kicked off its first-ever season in the Fall of 2013. One team, Femme Fatale, had the name “Grace” in her signature, italicized font printed on their jersey sleeves.

The next Docomo Pacific Soccer Moms League, its 10th season, will kick off in the first part of 2018. The GFA Women’s Committee will make an announcement on dates.