Round 11 of the twelve round 2017 Monster Energy Guam Motocross Championships held this past Sunday at the Guam International Raceway in Yigo was a challeging day of racing. 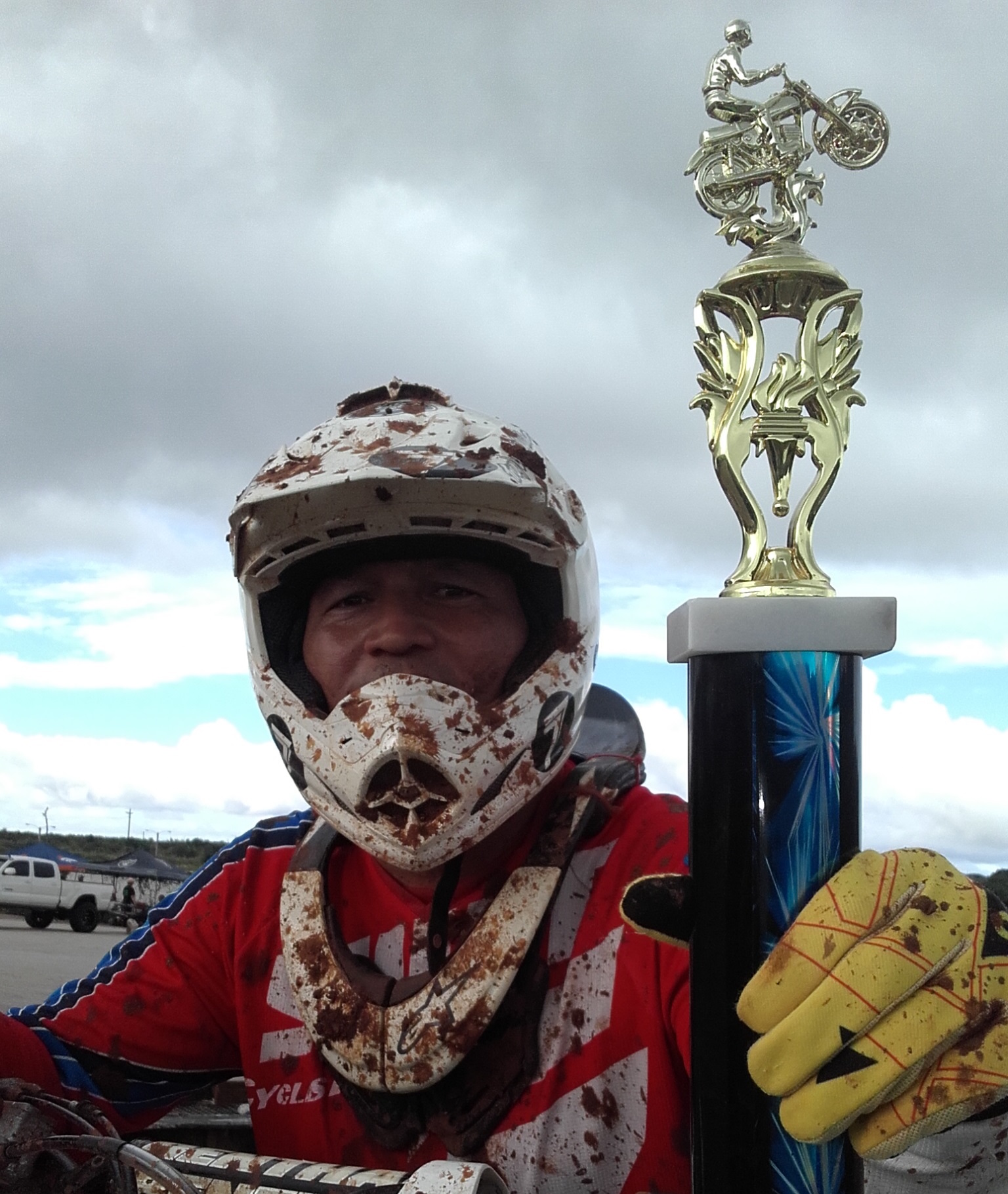 Round 11 of the twelve round 2017 Monster Energy Guam Motocross Championships held this past Sunday at the Guam International Raceway in Yigo was a challeging day of racing. With slick and muddy conditions during the early heats some riders were having problems just getting around he course. Fortunatly for the riders the course conditions dried up some and had developed into optimum conditions for the second half of the event.

Motocross classes that included both two and four wheeled motorcycle and atv’s ranging from kids mini classes up to the big machines of the adult classes hit the track Sunday in what was a challenging day of mud slinging racing. Racing kicked off just before noon with a hearty contention of both racers and supporters on hand and finished up just before 5 that afternoon.

#31 Tim Wenden aboard his Rocky Mountain Precast supported Ktm has been on a streak of heat wins and once again swept both heats to take the round win making it ten heat wins in a row.  Taking second after two great starts was #89 Honda mounted Bobby Benson with #18 “little” John Agoun aboard his Ground Tech Maintenance supported Yamaha finishing third. Wenden with 449 championship points was unstoppable once again as he dominated extending his lead in the championship to 36 points over third place finisher and second in the standings “little” John Agoun who has 413 points in the championship standings.

In the Open Atv class it was the #4 of Robert Bucek aboard the Cycles Plus Suzuki grabbing the early lead in heat one only to be quickly passed by the #7 Yamaha of Matt Taimanglo who put on a riding clinic in the slick muddy conditions to take the heat one win. In heat two Bucek once again grabbed an early lead aboard the Cycles Plus Suzuki with the #7 Yamaha of Taimanglo right behind him.

Taimanglo shadowed Bucek but was however not able to get by for the lead handing Bucek the heat win and the round overall win. Third place went to Yamaha mounted Rose Castro. With one more points earning round left in the championship series the Open Atv standings are close with Bucek  holding 413 points aboard the Cycles Plus Suzuki and leading by a mere 13 points over Taimanglo on the Yamaha who holds 400 points. This championship will most likely not be decided until the final heat on September 3rd.

In the 250cc class #31 Tim Wenden took the win aboard his Rocky Mountain supported Ktm. Second was #51 Frank Reese on his Yamaha . Third place finisher was #44 Nolan Minor also on a Yamaha. Also clinching a championship numerically one round early is #31 Tim Wenden aboard his Rocky Mountain supported Ktm. Tim Wenden is the 2017 Guam Motocross champion in the 250cc class with 489 points over second in the standings Yamaha mounted #44 Nolan Minor with 354 points.

In the Open Novice class #24 Jonathan Aguon aboard a Kawasaki took the class win with #94 Jessthan Pano taking second. Third place went to #59 Robert Terrel on a Honda .

In the 85cc class #25 Lawrence  C. Limtiaco  took the win with #74 Damien Manibusan in second and #101 Arthur Manglona in thirds.

In the 65cc class it was #25 Laurence Limtiaco on his Pacific Unlimted supported Kawasaki sweeping both heats for the win and numerically clinching the 2017 Guam Motocross 65cc Minibike championship one round early. #31 Richard Wenden aboard a Ktm took second with Wyett Santos in third.

In the 50cc class #18 Jon Agoun was first with second going to #10 Jerisha Guzman and in third was #20 Jace Calvo.

In the Mini Atv class #2 Wyett Ken Santos took the win with #27 Camerish Chaco in second and #7 Mia Taimanglo in third.

Schoolboy #94 Jessthan Pano aboard his Kawasaki

Classes still yet to be decided on September 3rd at the twelth and final round are as follows:

The final round of the 2017 Monster Energy Guam Motocross Championships will take place on Sunday September 3rd out at the Guam International Raceway in Yigo. Gates open at 8am for practice. Racing starts at 11:30am and again the public is encouraged to come witness all the bar banging racing action free of charge. For more information including the full championship schedule along with practice and race heat schedules please visit and down load the GIRMAC Team App at https://girmac.teamapp.com . Those seeking more information can also contact Public Information Officer Robert Bucek at 727-5381.

Jeff Rios took the win this past Sunday in the Over 40 Vet class.

#31 Tim Wenden took the 250cc and Open Motorcycle class ins this past Sunday.