The University of Guam Triton Athletics presented over 20 awards on Monday night at the UOG Student-Athlete Awards Reception held in the UOG Calvo Field House. 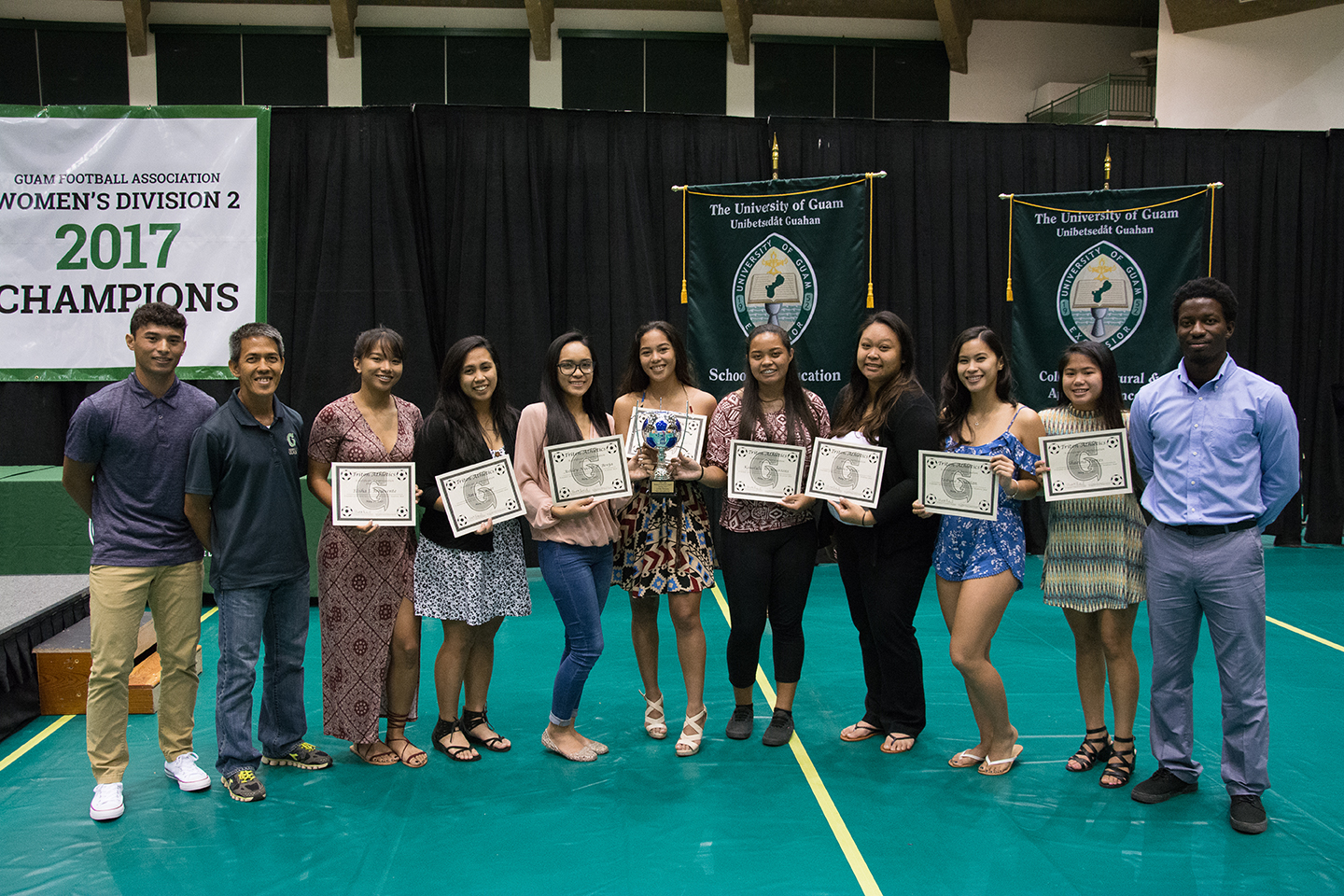 More than 50 student-athletes were present, in addition to UOG administrators including UOG President Dr. Robert A. Underwood, Senior Vice-President of Academic and Student Affairs Dr. Anita Borja Enriquez and Vice-President of Administration and Finance Randy Wiegand.

The award ceremonies started out with welcoming remarks and congratulations to the student-athletes from President Underwood and Vice President Wiegand, followed by a short update on the positives of the year from Athletic Director Doug Palmer. Palmer also noted the challenges the new Triton Athletics program has faced to get four varsity athletic programs started.