YOUNG MANIBUSAN ALREADY ON TOP OF THE BJJ WORLD

13 matches won. Zero points given up. 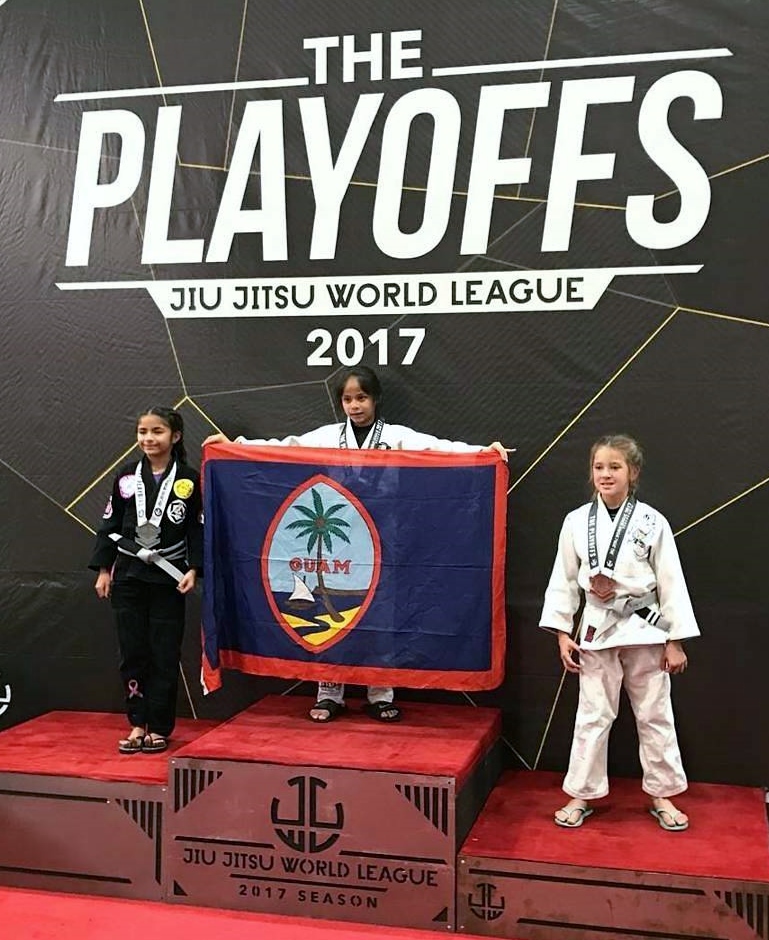 Thirteen straight matches and not a point given up.

No matter what sport, 13 shutouts in a row is beyond impressive.

Nine-year-old Paydence Gisele Manibusan has done just that with a streak of a lifetime in 2017.

The former student of San Vicente School in Barrigada is a jiu-jitsu practitioner with not even two years in the art, but has rocketed her way to the top of her age class already.

“She was just a passive kid and we wanted to build her confidence,” said her dad Joeglenn Manibusan who moved to Las Vegas in the summer of 2015 with a job opportunity. “That’s the real reason why we put her in.”

After starting with Cobrinha BJJ Las Vegas in June 2016 under professor Hector Vasquez, little Paydence would enter her first tournament later in December of that year and would lose to a boy.

“She just kept wanting to roll with it,” Joeglenn said.

At the Pan Kids BJJ Jiu-Jitsu Championship last February, she would lose to the eventual champion.

Since then, an unblemished record. With a busy calendar in only her first year of competition, Paydence already has

eight gold, one silver and two bronze in the 11 tournaments she’s entered.

“She trains every day from 5 pm-8:30 pm. She does the kids and adults classes five days a week. While I’m at her class, I take notes on what her professors are teaching her and we’ll work on some stuff at home. I really can’t keep her off the mats,” the dad added.

With three belt promotions already in her first year, Paydence has set a pretty good direction ahead for herself.

“As long as it continues to build her character and respect for herself, shooting up for the positive, I’m all for it.”

In the crazy tempo of west coast competition, the elder Manibusan will be targeting up to eight tournaments in 2018 for his prodige, but the big prize would be back to the Pan Kids in February.

“She’s ready for that and wants to redeem her loss to the kid she lost to last year.”

As for more goals Paydence actually wants to go home school so she can train in the mornings since they open at 7 a.m.

With all that drive and determination, it’s no wonder the domination of 13 matches without giving up a point is paying off in a big way.

Paydence with her brown belt coach Ryan Algomela after winning the gold in the World League playoffs – an invite-only competition two weeks ago in Vegas. (courtesy photo)