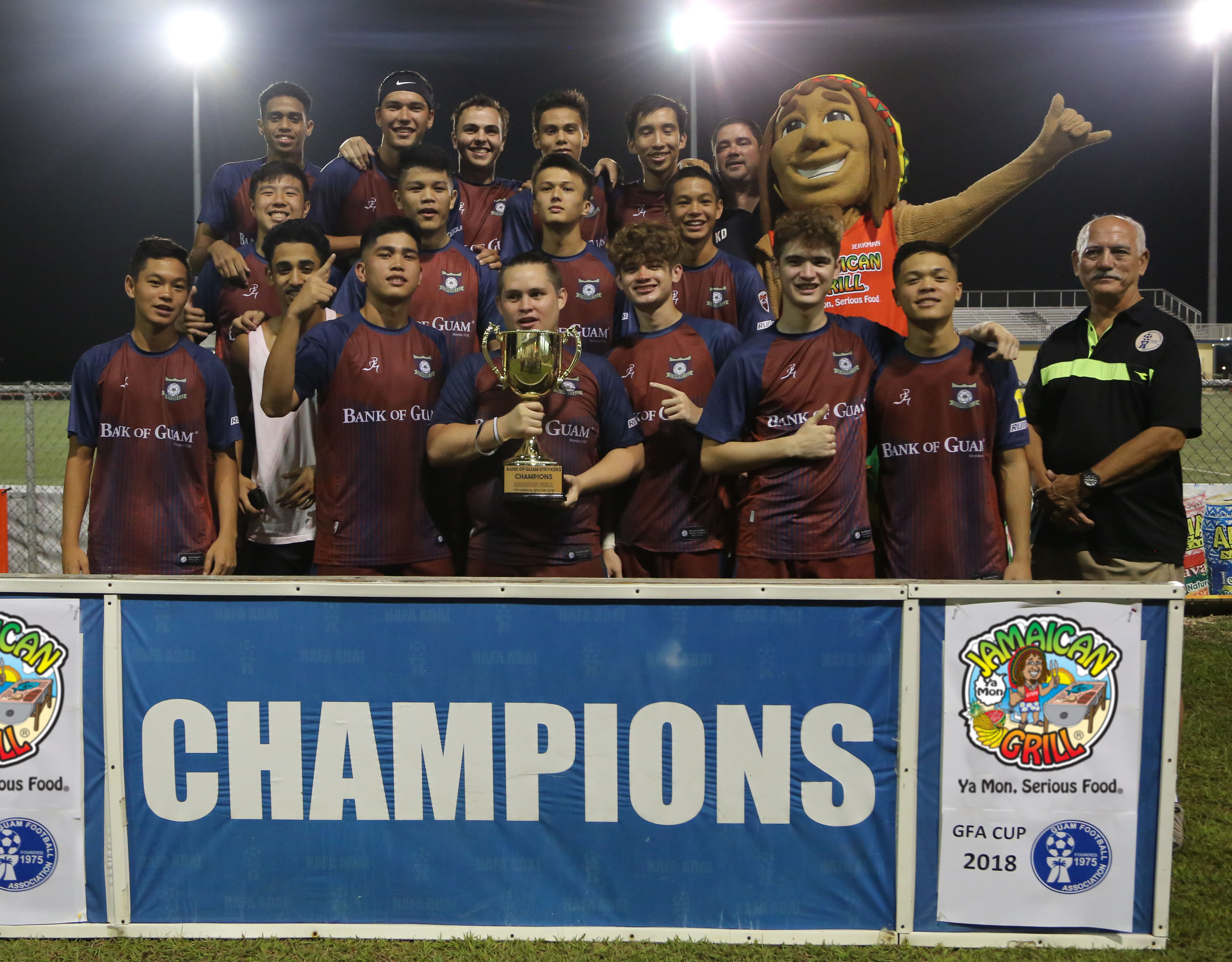 PRESS RELEASE – The Bank of Guam Strykers I stayed perfect through the Jamaican Grill 11th Annual GFA Cup to claim the 2018 title in a 5-1 contest against the NAPA Rovers FC Saturday at the Guam Football Association National Training Center. With the match level at 1-1 at the halftime break, the Strykers turned up the intensity in the deciding half, scoring four unanswered goals for the title.

Speedster Joshua Calvo led all scorers with a pair of goals for the winning team and teammates Scott Spindel, Clayton Mitchell and Aidan Dickson also scored for the Strykers. Shawn Spindel scored the Rovers’ lone goal in the 14 th minute.

The Strykers become only the fourth team to win the tournament since its inception. Both Quality Distributors and Guam Shipyard have won the tournament four times and the NAPA Rovers won the other two editions.

Before the 2018 edition of the tournament, the Strykers’ best finish was runner-up in 2015, falling to Guam Shipyard in a penalty kick shootout in the championship match after a 1-1 draw through extra time.