The IIAAG Tennis season officially came to a close Tuesday in spite of two rain delays as the finals matches in the All-Island Tournament wrapped up at the Ninete Tennis Courts in Agana. 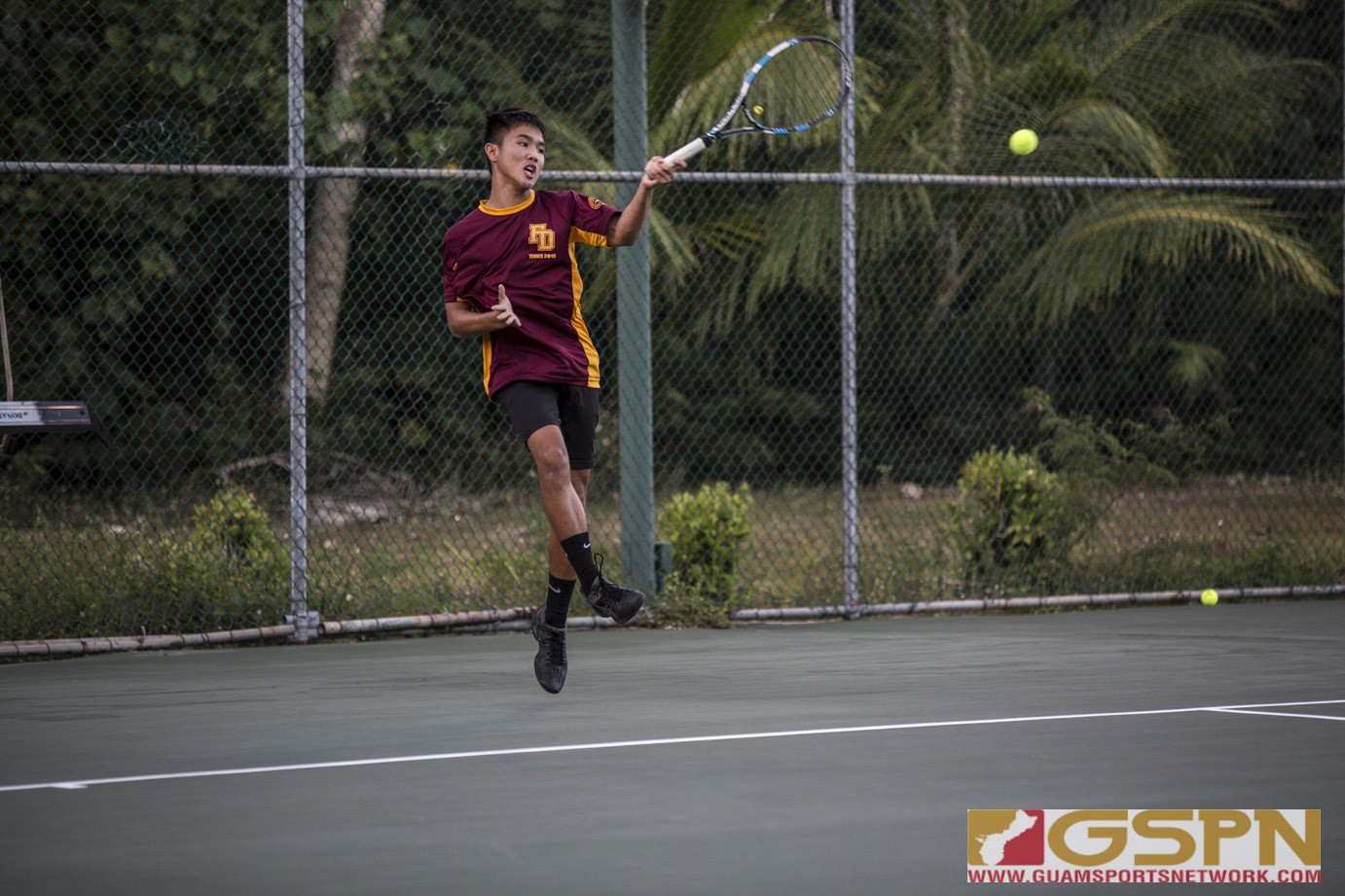 The IIAAG Tennis season officially came to a close Tuesday in spite of two rain delays as the finals matches in the All-Island Tournament wrapped up at the Ninete Tennis Courts in Agana.

League MVP in Academy’s Victoria Smith had beaten St. John’s junior Anika Sachdev in the regular season, but the finals was a different story as Sachdev posted an overwhelming 8-3 win for the 2018 All-Island crown.

Sachdev admitted she usually succumbs to her nerves when she faces Smith, but Friday’s match presented a big opportunity to break free.

“A lot of the times I’m nervous because she’s always one of the toughest competitors out there. I always end up thinking about the match too much to where I tense up. Today I had a lot more fun with it and I played more relaxed,” said Sachdev.

Sachdev walked away with big wins off of rallies, which was a true 50-50 in determining how a set could have played out. While keeping her errors to a minimum, Sachdev relied on control.

“It was all about consistency. The goal in my head was to get one more point while letting my opponent make the mistakes,” Anika added.

Regardless of who was going to win the boys Singles A title, it was coming to FD along with their 2018 team title. Standout Camden Camacho defeated teammate Gabriel Tan 8-2 with Camacho flexing great range of serving and returning, getting majority of deuce wins against Tan.

“There were like four or five sudden death points so it could have easily gone the other way. I’ve known [Tan] since we were very young. It’s competitive for sure, but at the end of the day we’re really just having fun,” admitted Camacho.

Doubles A winners Mason Caldwell and Gavin Lee picked up a default win over the Friars duo of Danny Kwon and Edward Chung with Kwon missing in action due to injury. Lee, the MVP, entered with former MVP Caldwell in their senior season.

Doubles A winners from the females were Mikhailla Alcantara and Sylvia Perez from Academy.

Victoria Smith in action during her finals showdown against Anika Sachdev. (photo by Michael Ebio)