This Saturday, four wrestling teams met up in the GW Gym to hit the mats and try to collect a few more wins before the All-Island meet. 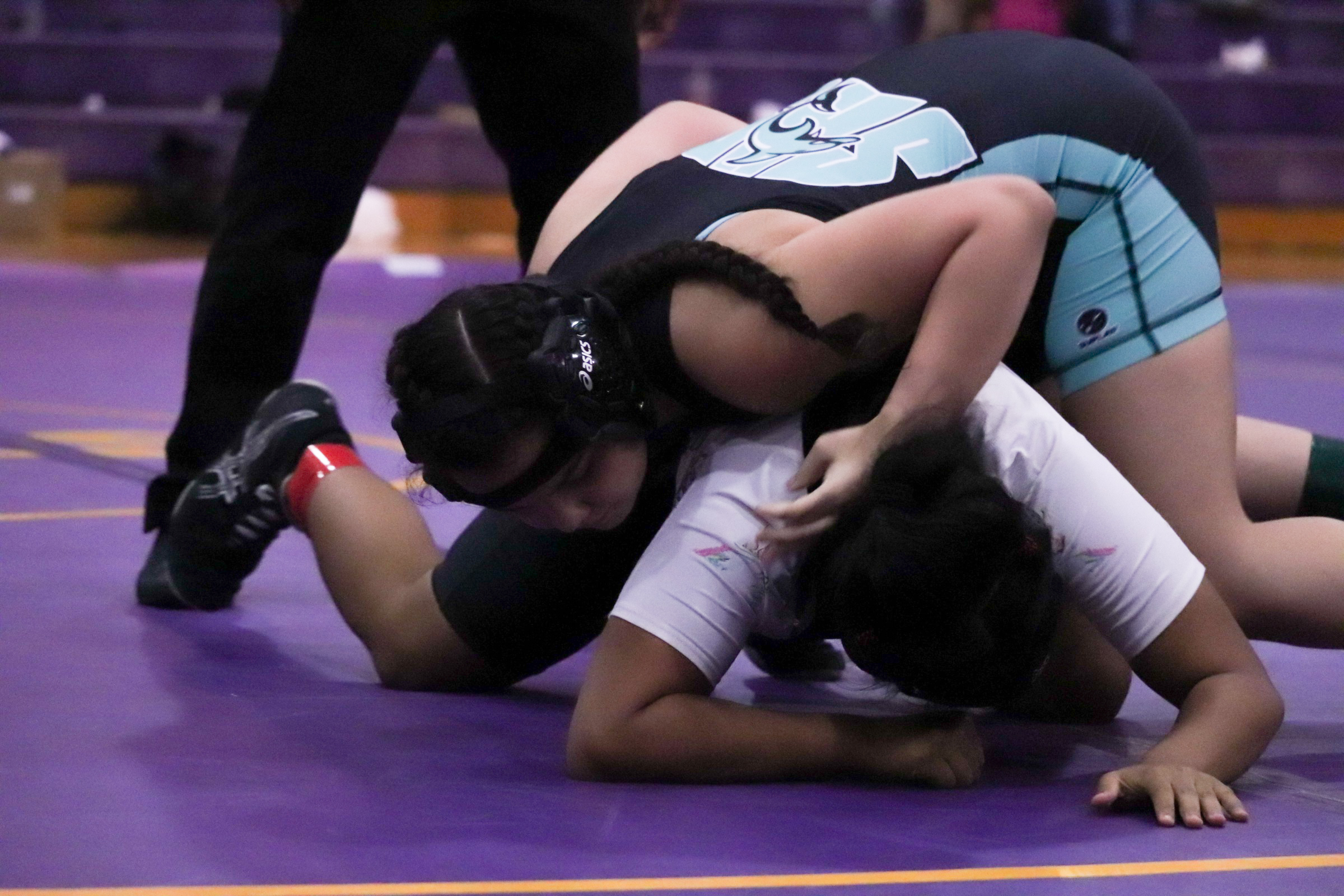 This Saturday, four wrestling teams met up in the GW Gym to hit the mats and try to collect a few more wins before the All-Island meet. With the end of the season drawing nearer, each club looks to improve both individually and as a team.

The Okkodo Boys gathered a close team win against the Dolphins as they were able to edge out the Dolphins 36-33 in team points. Six pairs of wrestlers were able to see action on the mat, and the Bulldogs were able to gather enough points to successfully put them in the lead. Brock Bonnete was able to gain points for Southern with a Major decision at the end of the first round with a 21-2 lead in match points.

Nathaniel Diaz was also able to put some team points on the board for his team as he was able to pin his opponent in the second round of his match. The Bulldogs, however, came out in the higher weight classes, securing team points for their team via pin falls. OHS Wrestler Rhylie Gatdula pinned his man at the 1:06 mark of the first round to win the 182 lbs division, Bartolome Abuan won out in his 220 lbs matchup with a pin at the 3:38 mark, and Alvin Joseph was able to dominate in his 285 matchup with a pin in 19 seconds. The final match gave the Bulldogs a slight lead in team points, which gave them the victory.

The Southern Boys showed their dominance in numbers with a 42-7 victory. Their large squad accumulated most of their points via forfeit as JFK was unable to place wrestlers on the mat, but the Islanders were able to square off with Southern in the 126 lbs division and the 285 lbs division. For the 126 lbs division, SHS Wrestler Jordan Lujan was able to secure his team points with a pinfall. In the 285 division, JFK Wrestler Ryan Perez was able to come out of his match with a victory through decision. This would put some points on the sheet for the Islanders, but it wouldn’t be enough.

The Southern and JFK girls saw a reversal of the boys, as the JFK girls were able to beat out the Dolphins with a 18-27 win. Of the two matches in the 138 and 145 lbs weight divisions, the JFK Islanders were able to win both, which would be enough to give them a deciding lead in points. In the 138 weight class, Jessy Blas won her match for JFK with a pin fall in 1:28. In the 145 weight class, Randi Affleje won her match via decision through three rounds.

In their last match on their own mats, the GW Geckos came alive in their matchups against Okkodo. The Girls were able to win through their numbers with a 42-18 lead in team points. The Bulldogs were able to secure two victories via pin fall. Ahmylyn Cabrera was able pin her opponent in 24 seconds to win the 132 lbs weight class, and Alexandra Cruz was able to win her match in the 155 lbs division with a pin in 57 seconds. The Geckos were able to win the 112 lbs weight class as a Dailine Pangelinan won via pin in 1:59. This added to their comfortable lead on their last game as host.