EAGLES SOAR INTO SEMIS WITH QUARTERFINALS WIN OVER BULLDOGS

The Harvest Eagles were fully prepared to play their last home game of the year as they hosted the Okkodo Bulldogs Tuesday evening in the Quarterfinals of the IIAAG Boys Volleyball Playoffs. 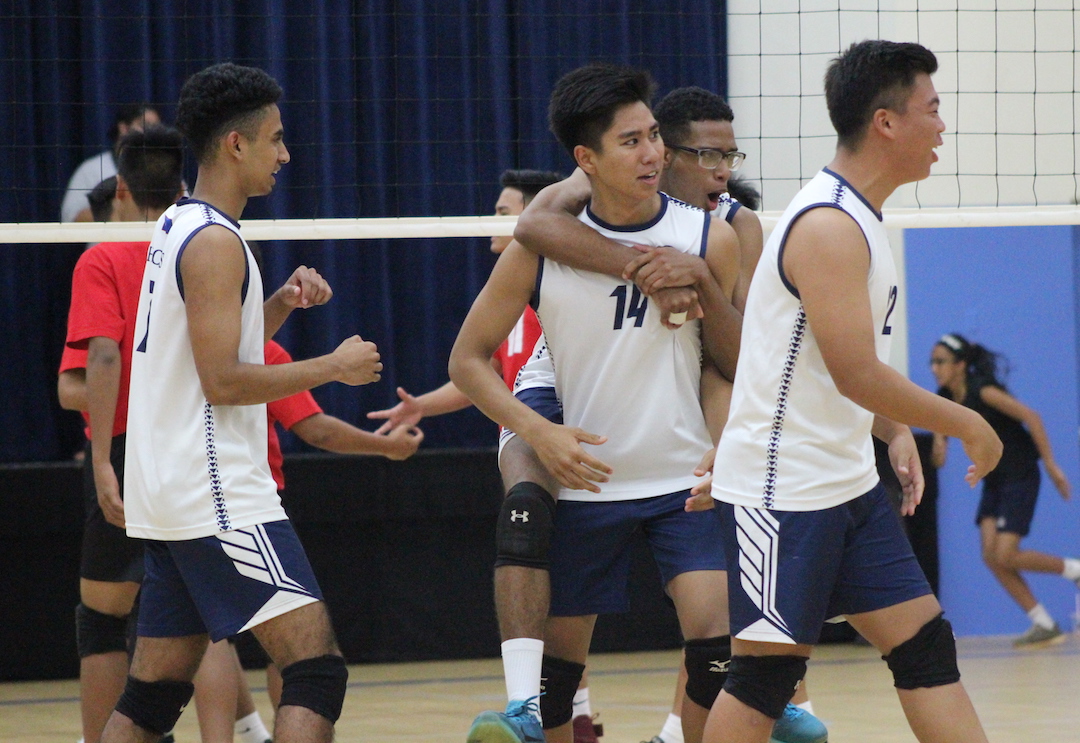 The Harvest Eagles were fully prepared to play their last home game of the year as they hosted the Okkodo Bulldogs Tuesday evening in the Quarterfinals of the IIAAG Boys Volleyball Playoffs. After getting a good fight from the Bulldogs in the early parts of each set, the Eagles would power through in the later, sweeping the Bulldogs in three sets 25-19, 25-19, 25-16.

“We just wanted to come out strong and defend our home court, play our game. We play this game because we love this game,” said outside hitter Mason Caldwell.

Caldwell provided a steady dose of offense, as well as stability from the service line as the Eagles proved tough to stop at the net. Caldwell finished with 12 total kills, four of which coming in the opening set. Teammate Clayton Mitchell added nine kills with four coming in the 2nd set.

The Bulldogs proved tough grabbing their first lead in the 1st set 6-5. After a back and forth, Caldwell put the Eagles ahead for good in the set after grabbing a high pass from Chase Keith, smashing down a 13-12 lead. Caldwell scooped up his third kill to go up 17-14, then added his fourth to get up 19-15. A short rally by the Bulldogs ended as Mitchell put the finishing touches on the 25-19 set.

Okkodo got off to a strong start in the 2nd set after middle Bradley De Leon gave the Bulldogs a 13-0 lead off a kill. Mitchell then in the second as he scored three straight points on his own which would lead to a 13 all game. Mitchell got two hands on a block up the middle for the lead and the Eagles never looked back.

“We just needed to buckle down and not focus on being flashy or fancy. We just needed to get a pass, get a set and finish with a hit, that’s all it came down to,” said Caldwell on how the Eagles turned it on the later parts of the sets.

The Bulldogs misfired often in the third as they couldn’t close in on the five score deficit. The Eagles and Bulldogs started to get their rotations in when the Eagles led 19-13.

The defending champion Eagles are now set to face the Tiyan Titans in the semifinals Thursday. After  a long team meeting, Caldwell stated that staying healthy and fresh will be the keys to the week as the Quarterfinals, Semifinals and Championship Game fall within just days of each other.

“We really need to focus on keeping our body safe. We’re going to be doing a lot of studying of the game and keep the volleyball mindset. We need to work on getting our touches in practice because this is going to come by quick,” added Caldwell.

Bulldog Paolo hits from the middle as the Eagle defense readies for the spike. (photo by Robert Balajadia)

Eagle Mason Caldwell slams his first kill through the block in the 1st set. (photo by Robert Balajadia)

The Bulldogs celebrate after taking a 1st set lead. (photo by Robert Balajadia)