Brunei no match for Guam 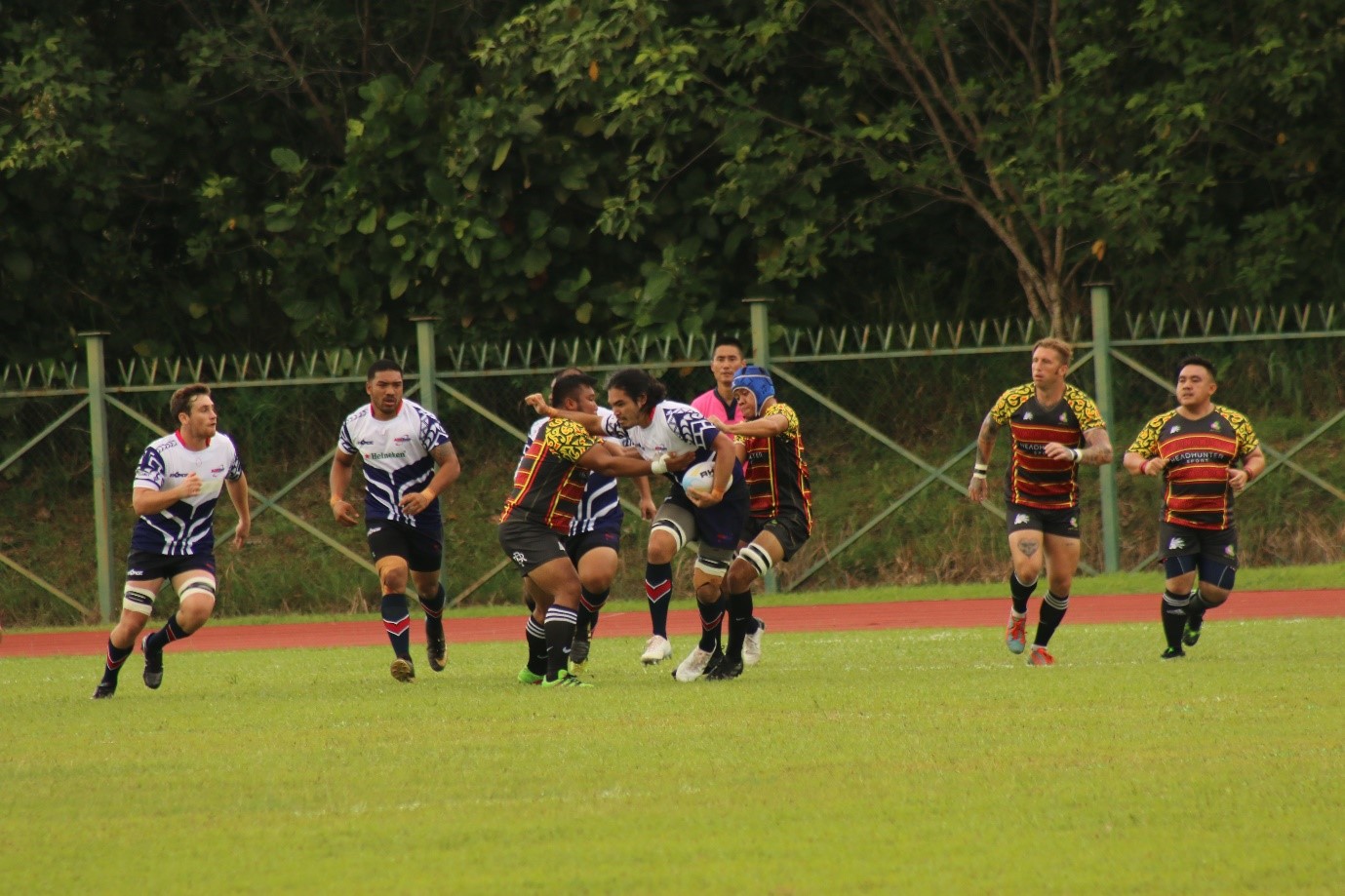 Guam dominated from the outset and outmuscled Brunei especially in the scrums where the tight five of Johnny Borja, Joe Mateo, Josh Morrison, Brian Ramiro and Earl Pascual laid down a solid base that let the inside backs Troy Fritz, Chris Sgro and Joe Mateo control the middle of the field and this allowed Matt Sojo, Carlos Fegurgur and Gerard Aguon to exploit the outside lines. Loose forwards Cory Morrison, Vao Vaiau and Joey Calvo were able to menace Brunei’s inside backs and regularly disrupted their possession.

John Martinez opened the scoring in the third minute, followed by a try to Joe Mateo and two to Cory Morrison in reasonably quick succession to take Guam to a 28 point lead after only 12 minutes.

Tries followed to Johnny Borja and Joey Calvo, with all tries converted by either Chris Sgro or Gerard Aguon, to give Guam the lead 42 – 0 at the half.

Guam went into their shell a little early in the second half and a missed tackle allowed Brunei to gain some attacking momentum and they scored a converted try but this was soon matched by Josh Morrison. This was followed by a try to Earl Pascual to give Guam a 54-5 lead but an errant pass saw Brunei race away to score again.

Guam returned dominate the final 10 minutes with tries by Gerard Aguon and Carlos Rosario taking the score out to a final of 66 – 12. A satisfying start to Guam’s campaign but China are expected to pose a more difficult challenge for Guam on Thursday.

Coach Tony Penn was happy with the team’s performance although he acknowledged that there were areas where Guam would need to be more clinical and precise against the bigger and fitter Chinese team. He was however proud of the way Guam’s new players (and there were 11 debutants in this 22 man squad!) responded in their first international match.

EAGLES SOAR INTO SEMIS WITH QUARTERFINALS WIN OVER BULLDOGS
WHERE R THEY NOW?: WENDY HUYNH