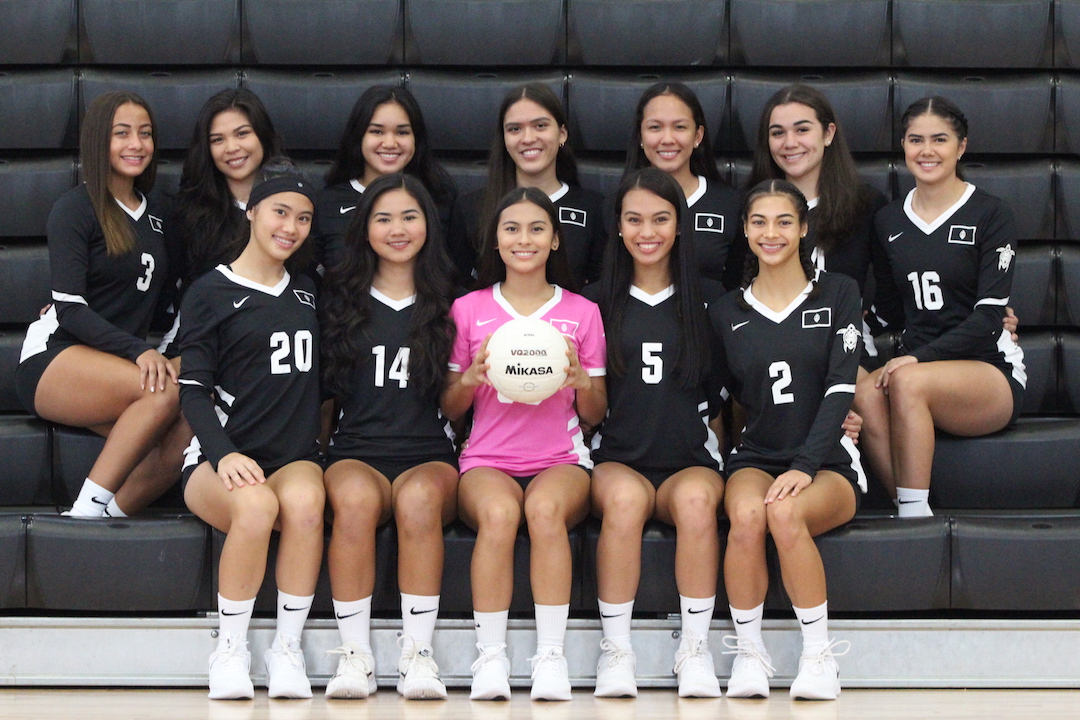 A total of 72 teams in each division will consume the tournament as each team is looking to play at least eight games through four days of play, based on previous tournament experiences.

The Haggan NexGen roster will be saying farewell to six members of the team with the handful playing in their final tournament with Haggan. Long-time members like Lauren Hoebing and Jayda Camacho will be passing the Haggan torch to young members like Hallie Wigsten and Theisen Taimanglo.

“I’m excited for the new youth coming up and am excited that the volleyball community is working with kids as young as 8-10 year olds,” said setter Victoria Smith.

Based on their experience, the players have learned that defense is key since the height disparity puts them at a natural disadvantage.

“We have to put more work in than the rest of the teams since we’re smaller. We’ve been preparing a more defensive game. We really want to make this memorable since it’s our last go at it,” said Hoebing on the approach.

“Our strength is our bond. We all get along and it becomes easy to play with each other when we have good chemistry,” – Lauren Hoebing

“We want to put up a competition out there. We don’t want to get squashed, we sort of want them to fear us,” – Victoria Smith

Dana aims to grab some wins

For many of Hagan Dana, this will be a first-time trip to play volleyball off-island. The team is comprised of girls who have been playing volleyball since middle school who are currently in the middle of their high school volleyball careers.

Dana is built on strong chemistry, which is going to play a big factor in their game.

“We know that our level doesn’t exactly match up with the competition out there, but we are aiming to win at least a couple of games,” said Dana’s outside hitter Isabel Itliong-Cruz.

Starting setter Ashton Quichocho has transitioned from middle blocker to setter, which she admitted has been a tough transition. But Quichocho’s been hard at work which has made her grow into her new role each day.

“It’s been very difficult since middle and setter are two different positions, but everyone has been so helpful and encouraging. My mom was a setter too so she’s been helping me. I feel like I’m getting the hang of it,” said Quichocho.

Defense will also be a strongpoint for Dana as they prepare to face much taller opponents.

“We’ve shown that we’ve been able to pull through together and that helps our bond. We put in a lot of hard work,” – Isabel Itliong-Cruz

“We’re prepared for this. I’m excited that we get to have this experience,” – Ashton Quichocho

Working their way into a more competitive scene, the Neni are ready for the bigger stage. The young crop of freshman and sophomores can hardly wait to play, but mostly learn from the off-island exposure.

“We’ve been working hard preparing for this ever since last year so we’re getting closer and closer to being ready after each practice,” said Gabriella Piper.

Consistency is key for the Neni’s as they feel their offense and defense will be enough to get them noticed, despite the issue of height being a Haggan-wide disadvantage.

“We’re nervous, but more excited. We’re going to a place we’ve never been before, but the fact that we get to experience together is exciting,” – Gabriella Piper

“They’re pretty tall and we’re short. They also play volleyball year round and we only play during different quarters,” – Cori-Nicole Paulino

Youngest of the bunch

The youngest of the bunch are the Haggan Jr. team that are full of some of the best middle school talents on island that are also ready for that leap to high school. Despite having the least amount of training together, Haggan Jr. will soon be taking over the Haggan scene while getting the upper hand in volleyball experience.