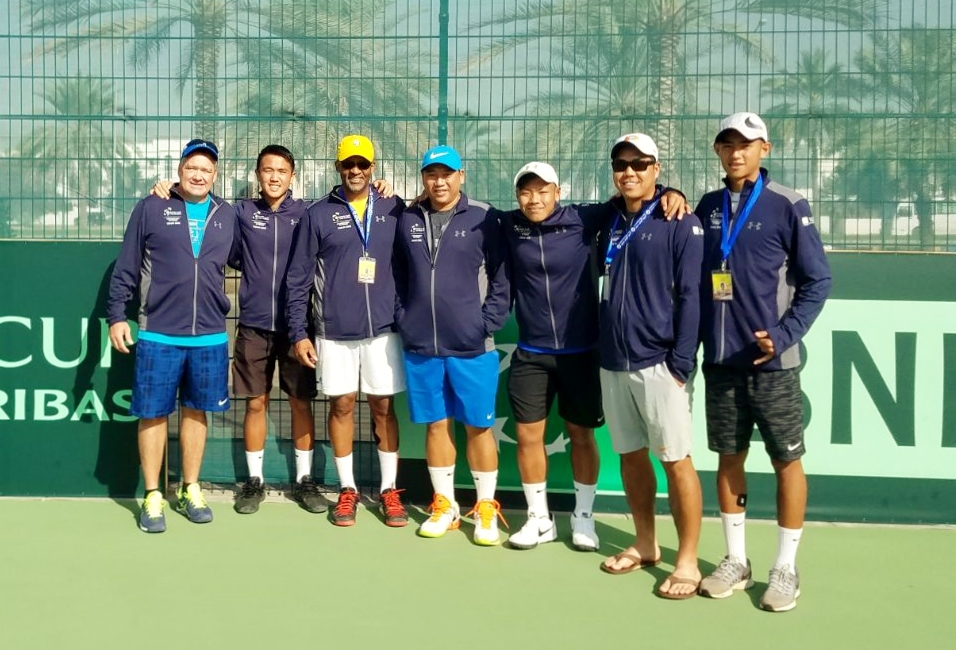 PRESS RELEASE – Guam does it again with a second-straight sweep in Davis Cup by BNP Paribas play in two days, this time against Turkmenistan.

Guam seeds itself tied for 2nd with Bahrain whom they will also face next. Match time is today, Feb.1, at 4pm Guam time. Guam then challenges Tajikistan on Feb. 2 for final placements on their pool. The countries who places in the top two seeds of Pool B will move on to compete against the top two countries of Pool A for a chance to promote their country to Group III.