The Guam National Triathlon Federation held a Pacific Games qualifier early Sunday morning at the USO Beach in Piti to determine the Guam contingent to compete in the 2019 Pacific Games in Samoa. 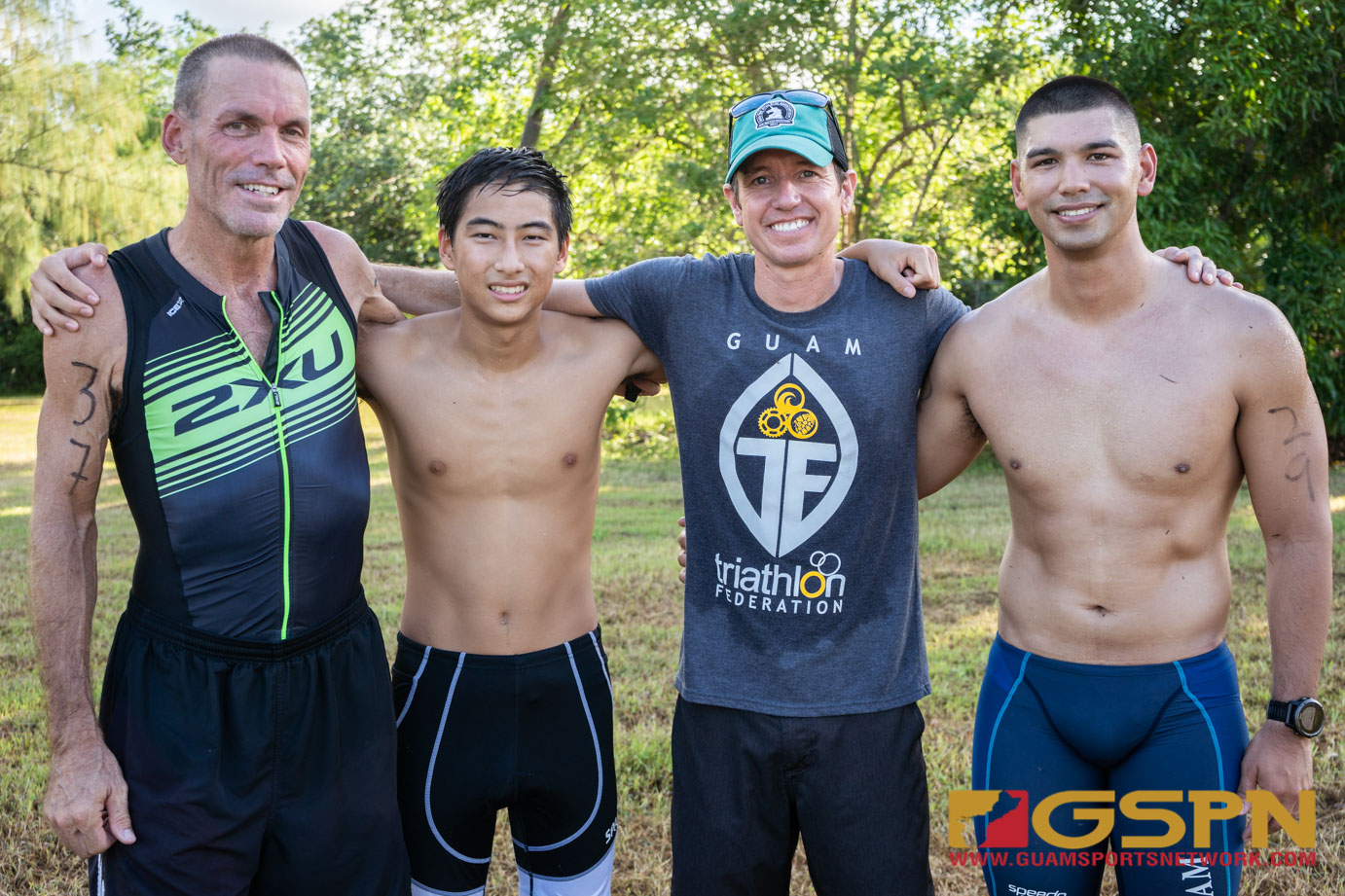 The Guam National Triathlon Federation held a Pacific Games qualifier early Sunday morning at the USO Beach in Piti to determine the Guam contingent to compete in the 2019 Pacific Games in Samoa.

The short course started at 0630am with a swim/bike/run course set up at the beach and down the Piti Powerplant road. According the Guam National Triathlon President Dave Torre, the top three male and female finishers that qualify under residency standards will have the rights to represent Guam in Samoa. The Pacific Games, in particular the triathlon event, will be held on July 19-20, 2019.

The National Team members are Cam Oneal (previously qualified earlier this year), Mark Imazu, and Craig Weymouth for the men’s team. The alternate will be Edward Poppe.

Genina Piolo Criss, Rachel Jordan, and Kristina Woesner qualified for the women’s team. Piolo Criss, one of Guams top runners also looks to represent Guam in Track and Field. “I want to try and do both, but if I had to choose; then I would choose track,” said Piolo Criss. If Piolo Criss is unable to race, the next alternate will be invited to the Games. “I really enjoy triathlons, I’ve been participating in these events since I was eight years old,” said Piolo Criss.

“I’m here mainly to participate in the relay and have fun,” said Zachary Criss.

Mieko Carey was the overall top finisher in the female individual event with a time of 1:14. Carey was supported by friends and her infant twins waiting for Mommy at the transition station.

Imazu, a 14-year old freshman attending the Guam Adventist Academy, was the first overall finisher with a personal record time 1:08. Imazu said now the training begins as he prepares for the Games.

Imazu, a strong swimmer, was first out of the water but lost ground to Gary Schoenhals after the biking portion.

“I was discouraged after the bike but on the run I made it up and passed him on the first leg,” said Imazu.”I’m excited to represent Guam, I’m going to work at least two hours everyday. Our goal is to place and win a medal.”