EAGLES GET DEFENSIVE IN SHUTOUT OF FRIARS

A defensive showdown in the sun at Leo Palace decided a physical contest between the FD Friars and Harvest Eagles with the visiting Eagles getting the games lone goal off a penalty kick. 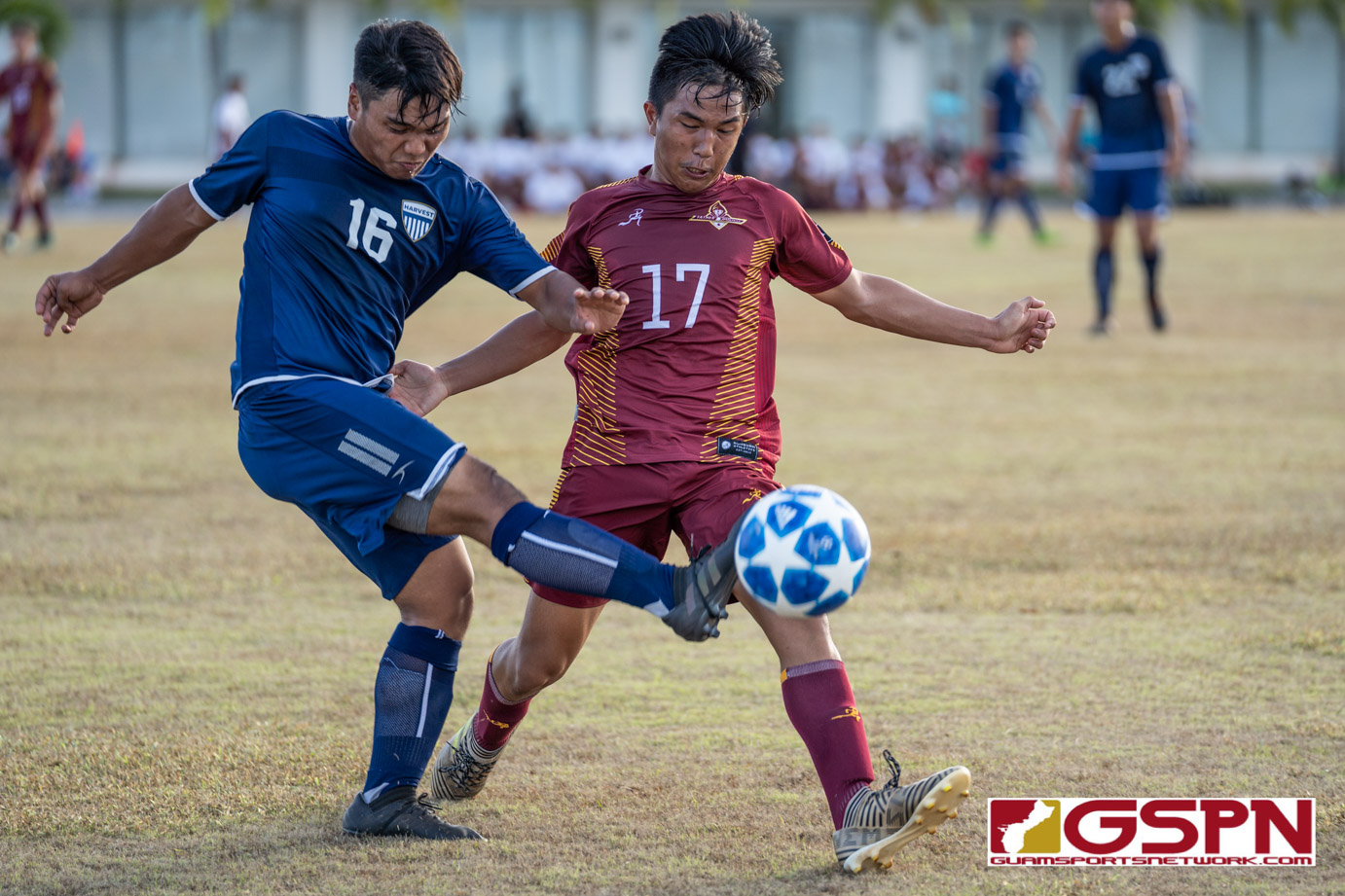 A defensive showdown in the sun at Leo Palace decided a physical contest between the FD Friars and the Harvest Eagles. Both sides had trouble finding nylon, until a costly tackle in the box gave Harvest a PK that was taken and made by Micha Hennegan. Eagles scored the game’s only goal and held on with strong defense to win 1-0.

Wendy’s Players of the Game: Harvest Eagles Micah Hennegan, left, scored the only goal in the game, and Ethan Elwell, right, anchored the defense to win their 2018 IIAAG high school boys soccer match against the Father Duenas Friars. (Photo by Michael Blas)

Both sides utilized patience in the early minutes of the game as most of possessions were won throughout midfield. The Friars were able to find space and get shots off, but Marcus Del Rosario was perfect in the goal box for Harvest.

The FD defense was also solid all through the first half, keeping things in front of them and staving off the normally prolific Eagles offense. Meanwhile, the Friars struggled with the size of Harvest’s defense.

Helmed by Chase Keith and Ethan Elwell the Eagles back line let very little through. Elwell dominated the middle of the field out manning anyone in his path. With just a few minutes left in the half, a collision inside the box gave the penalty and free kick to Harvest. Hennegan lined up for the blue and white and booted it just right past goalie Shawn Sablan for the goal.

The Eagles defense rode the momentum of the first half well into the second. Elwell and Keith continued to sweep the back line not allowing much in the form of shots. The Friars did streak though a couple of times, but were were either tripped up or left chasing the ball out of bounds.

Nainoa Norton was quick enough to penetrate past the defenders several times, however there was always Eagles Marcus Del Rosario waiting to scoop up the ball. The Friars were frustrated as both teams refused to let up physically.

With the clock ticking down another hard collision this time just outside the box and in favor of FD. The Friars lined up for the kick which ended just wide as valuable seconds were shaved off the clock. The Eagles held on to win a testy, chippy battle.