The JFK Islanders overcame an early goal by the Harvest Eagles with Islanders forward Eddie Cho scoring a go-ahead goal in the 58th minute to take a 2-1 lead. The JFK defense buckled down and survived a late Eagles assault by the home team to pick up a quality early season win Friday evening. 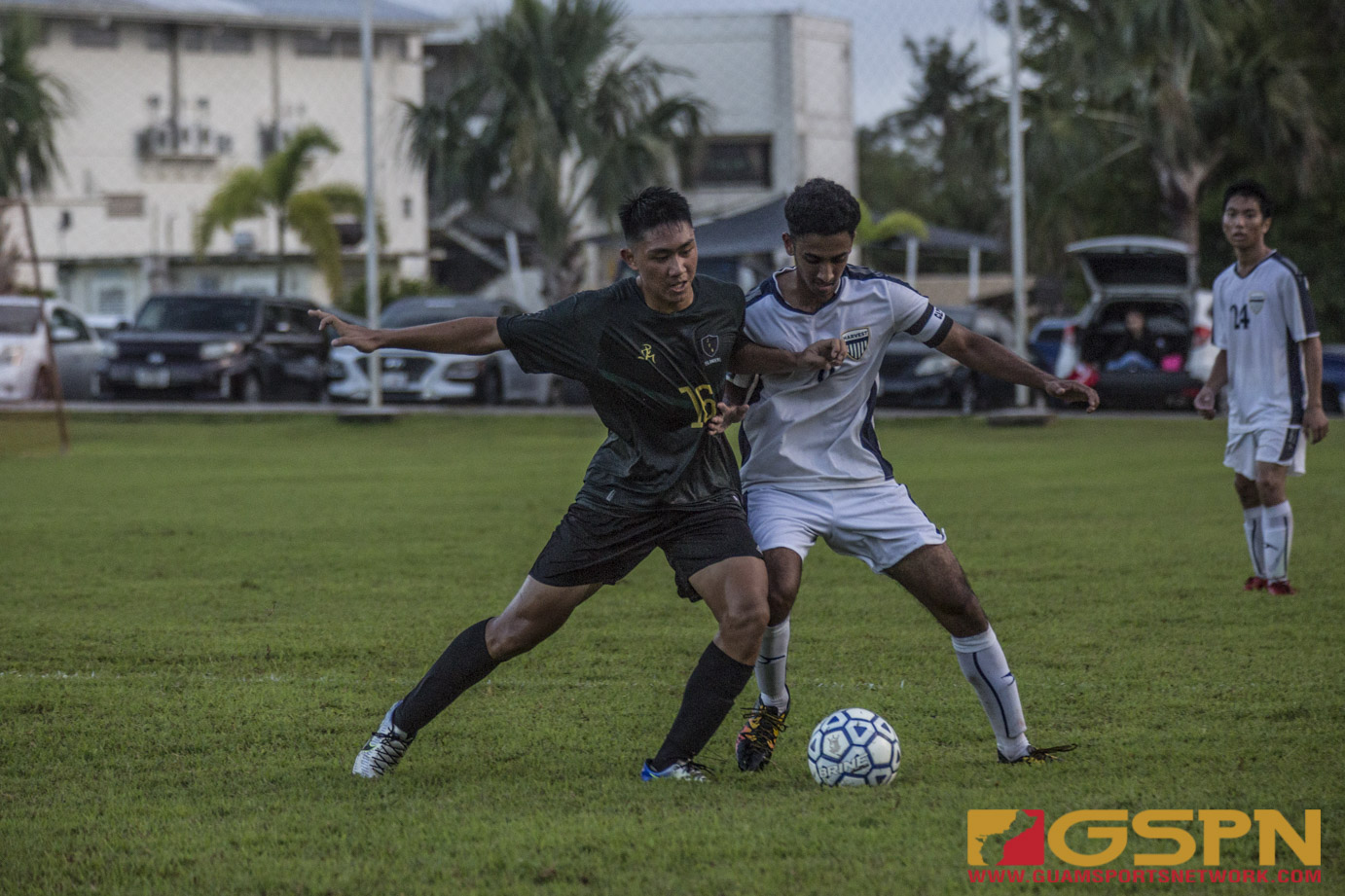 The JFK Islanders overcame an early goal by the Harvest Eagles with Islanders forward Eddie Cho scoring a go-ahead goal in the 58th minute to take a 2-1 lead. The JFK defense buckled down and survived a late Eagles assault by the home team to pick up a quality early season win Friday evening.

With both goals of the game being scored in the first 15 minutes, neither team would budge defensively until the Islander duo of Tayler Bonner and Cho found a chink in the Harvest defense. Bonner used a spin move to shake off an Eagles defender before feeding a pass up the left side to Cho.

Eddie had to survive a sliding stop from an Eagle defender before getting a one-on-one with the Harvest keeper where he managed to net a go-ahead goal in the 58th minute.

Cho was having a rough evening prior to his score after badly missing four of his last five shots. Instead of staying in his funk, Eddie stayed level headed, which was key in his ability to finishing off the big scoring play.

“I wasn’t really frustrated at the time and I was more focused on getting a goal because we really needed it,” said Cho his early slump.

The Eagles nearly provided the answer as mid-fielder Micah Hennegan got inside the box in the 63rd minute as he and Islanders keeper Allan Aranas battled for a loose ball. Hennegan’s efforts appeared to give the Eagles the equalizer with the ball balancing near the goal line, but the referee on the play called the play dead before anything was clear after contact was made during the scramble.

JFK’s defense would fend off three more close shots from the Eagles in the final 10 minutes of the game to secure their lead.

“I’m so proud of my defense after today. We held the ball really good, we passed a lot after we scored and we cleared the ball when we needed to. We didn’t get into too much trouble, but we managed to lock it down whenever we did run into trouble.”

The Eagles scored in the 5th minute of the game after Seung Min Kim was the beneficiary of a cross kick as Kim used a header to guide the ball past Aranas for the games first score.

JFK provided the answer not long after as forward Tayler Bonner shook off the Eagles defense in the 16th minute to tie the game.

“I don’t think [the Eagles] worked too hard for that goal; I feel like we let down on defense and it was our mistake so I knew we could come back from it,” said Bonner on his team giving up the early goal.

Bonner suffered an in-game injury late in the first half where he needed assistance off the field, but it didn’t appear to have lasting effects as he checked back in during the second half to help keep the pressure on the Eagles defense.

“I was more shocked,” said Bonner on his injury. “The pain was there for a bit, but as soon as I felt better I told my coaches to throw me right back in.”

The Islanders are set for a championship game rematch against the FD Friars next Tuesday while the Sanchez Sharks will host the Eagles on that same day.