Three straight for the Lady Crushers! 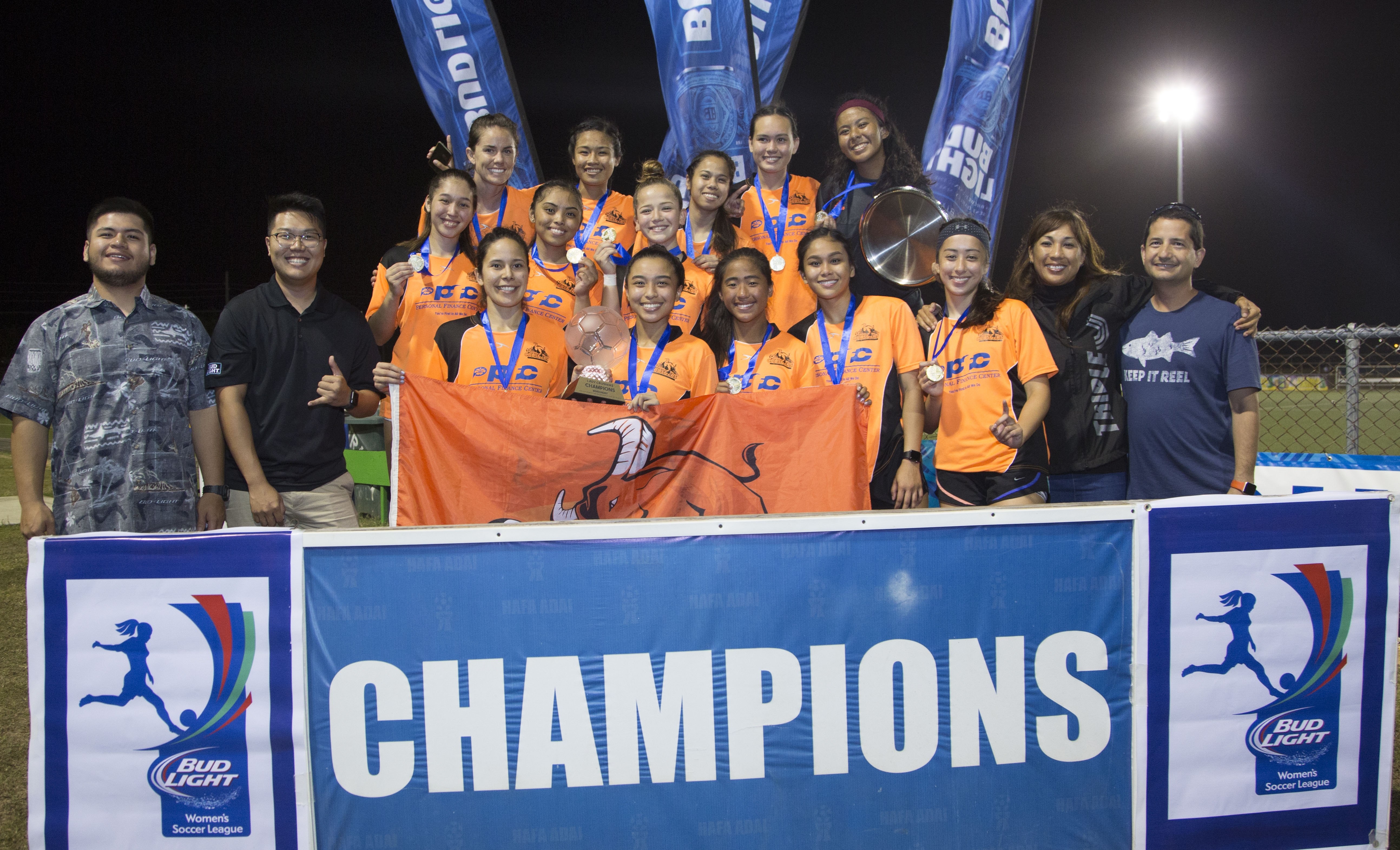 The Lady Crushers outscored Guam Shipyard 4-0 in the second half for the final 5-1 score in a highly anticipated match watched by hundreds of fans at GFA.

With the score knotted at 1-all to begin the second half, the Lady Crushers’ Samantha Fegurgur scored the eventual game winner in the 51st minute, taking a shot from the top of the box as Guam Shipyard was attempting to clear the ball away from a corner kick play.

Skyylerblu Johnson later completed a hat trick in under 20 minutes, first finishing a cross from Colleen Naden in the 69th minute, finishing a through ball from Anjelica Perez in the 76th minute, and timing her run perfectly to finish a through pass from April Talledo in the 86th minute for the final score.

Guam Shipyard had the early lead in the match, with a goal from Olivia Elliott in less than a minute from the opening whistle. The Lady Crushers later managed to level the match on a Perez penalty kick in the 24th minute after drawing a foul in the box.

The full match can be viewed on GFA’s Internet TV Channel: https://mycujoo.tv/guamfa?id=15086

In the evening’s consolation match, Quality Distributors defeated the NAPA Lady
Rovers 3-0 to claim third place in the league. Jalana Garcia, Paige Surber, and Zoe Surber scored once each in the victory.

The full match can be view on GFA’s Internet TV Channel: https://mycujoo.tv/guamfa?id=15085