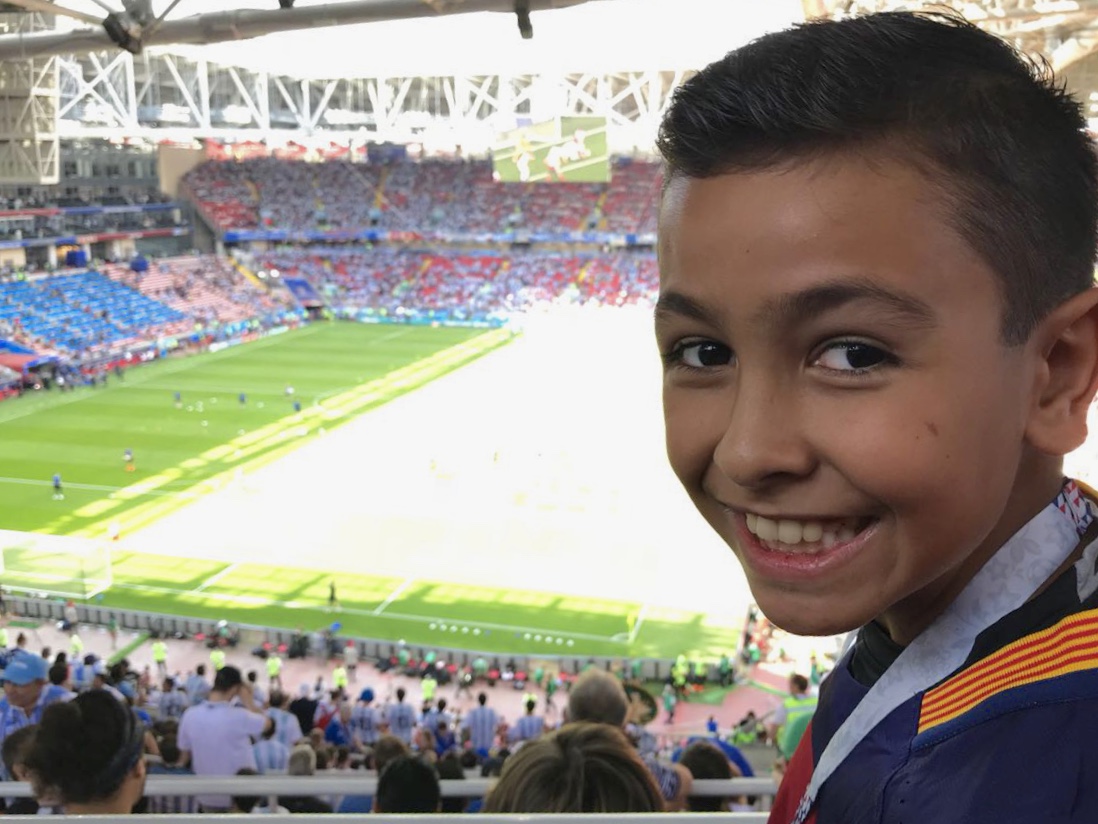 (11-year-old Raif Sablan is the GSPN correspondence to Russia, covering his first ever World Cup experience. This is Part III.)

Greg and Raif Sablan have their travel buddies Lloyd and Gavin Baker to take in the whole World Cup experience. Their first game was Argentina vs. Iceland.

There is a lot of art and culture in Moscow. This morning we went to the Izmailovo Flea Market and found many cool Russian products and antiques like a old 1946 cameras, matryoshka dolls and stone carved necklaces. My dad bought me some Russian cherries that were really tasty.

We rode the metro train to the Spartak Stadium and the real fun started with the first game we had on our schedule, Argentina vs. Iceland.

When we got there it was crazy.

There was a lot of singing and dancing. When we got in the stadium we heard the roar of the crowd and ran to find out seats. The Iceland fans were chanting and doing the Thunder Clap and Argentina answered with a chant about Messi before the game. There was roughly around 45,000 people there.

Zanetti the Argentina legend was interviewed and we saw him when the game started. The pressure was on Argentina to win and Sergio Aguero’s shot found the back of the net and the crowd went wild. Quickly after Iceland got revenge by taking one back and the score was now 1 to 1. Messi could have made it 2-1, but missed several shots and free kicks. The game ended in a draw. The man of the match was Iceland’s goalkeeper Hannes Halldersson who had many great blocks.

It was hard to leave the stadium because the metro station was closed at Spartak. So we had to walk about two miles to the next station. Finally, we enjoyed a great meal at Zinger Grill in the art district Arbat. What an awesome day!

Taking in some culture and shopping, Raif is wearing the traditional “ushanka” or fur cap

Since it was Father’s Day on Guam, I want to thank my dad for making this trip possible. I am really grateful. To all the dads who encourage their kids in their sports or whatever they love to do, Happy Father’s Day!