The ND Royals were all smiles Tuesday evening as they picked up a much needed win over the home team Guam High Panthers in straight sets 25-18, 25-19. 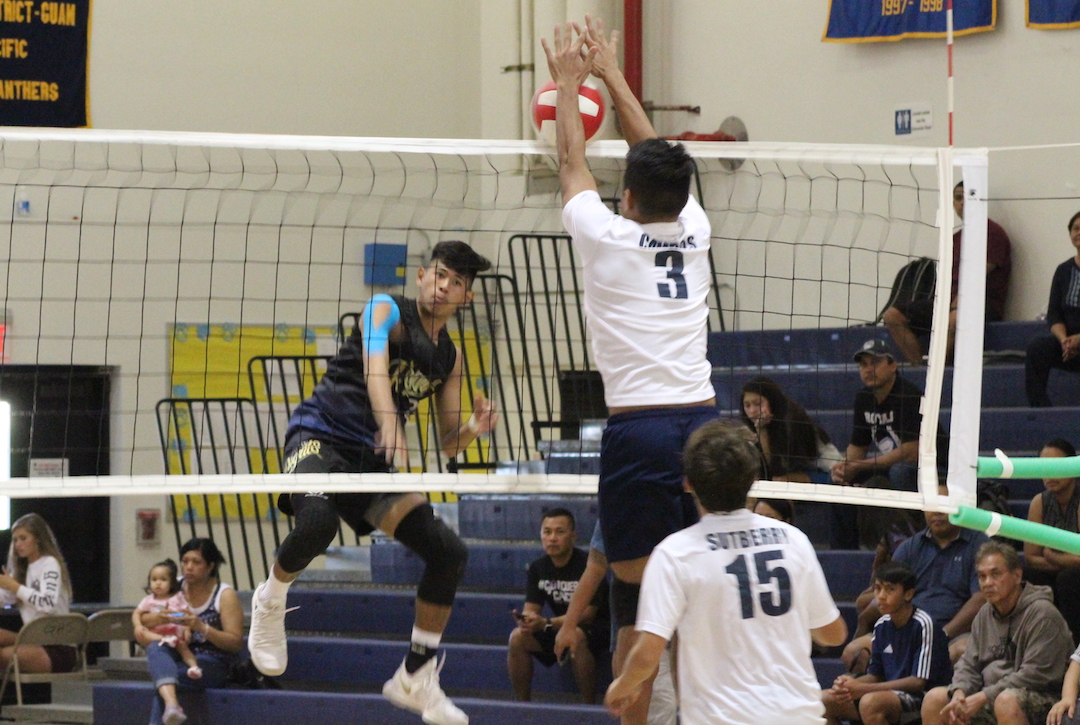 The ND Royals were all smiles Tuesday evening as they picked up a much needed win over the home team Guam High Panthers in straight sets 25-18, 25-19. The Royals improve to (6-9) as they are battling the GW Geckos for playoff positioning while the Panthers fall to (0-15).

Leading the way for the Royals was Shayden Cruz, who flourished with nine total kills with four coming in the first set and five more in the second. Cruz credited his team’s ability to set him up for a strong night.

“I was hyped about the game today and my teammates motivate me to be a better player everyday. Without their help I would’t be getting this kind of recognition,” said Cruz.

The Royals were caught up in their own errors in the opening set after only leading 19-18 despite the offense generating nine of those kills. Cruz and teammate Holden Barcinas kept the ND ship afloat as they pulled away to close the set on a 6-0 run.

The second set provided a steadier flow of off Royal offense as Cruz grabbed three early kills for a 6-4 advantage. Two aces from Cruz moments later kept ND ahead 10-7. Barcinas got back into the action by grabbing his fourth kills for a 16-11 lead as Cruz added two more to go up 19-12.

With the offense clicking, the Royals bench and on-court antics were amped to a positive vibe. Whether it was the team chanting “Scuba Dean” ever time teammate Dean Diras stepped to the line or over celebrating a kill from middle Cody Camacho, it was clear the Royals were having fun.

Considering how rough the season start was, Cruz believes the chemistry now is at a good place.

“We’re more family oriented now. Where we stand now, we weren’t like this in the beginning. We started having fun and that’s what made everything click; it made us play better,” said Cruz.

And despite being a mid-level team in the standings, Cruz the Royals are ready to prove their worth in the approaching playoffs.

“We’re ready to make some noise. We’ll compare how we started the season to now and see how much progress we made.”

The Royals celebrate some on-court fun after scoring a late set point. (photo by Robert Balajadia)

Royal Noel Sablan chases down a free ball for a pass. (photo by Robert Balajadia)

Panther Theron Taitano goes up high for a spike. (photo by Robert Balajadia)

Royals chant on “Scuba” Dean Diras as he steps to serve. (photo by Robert Balajadia)

Royal Peter Cruz leaps up for his first kill of the game. (photo by Robert Balajadia)