ZES Football’s Douglas Kelly will join the boys 2007 South/Valley Rave team and play in the Crossfire Challenge on July 20-23, 2018, which is the biggest youth soccer tournament in Washington State. 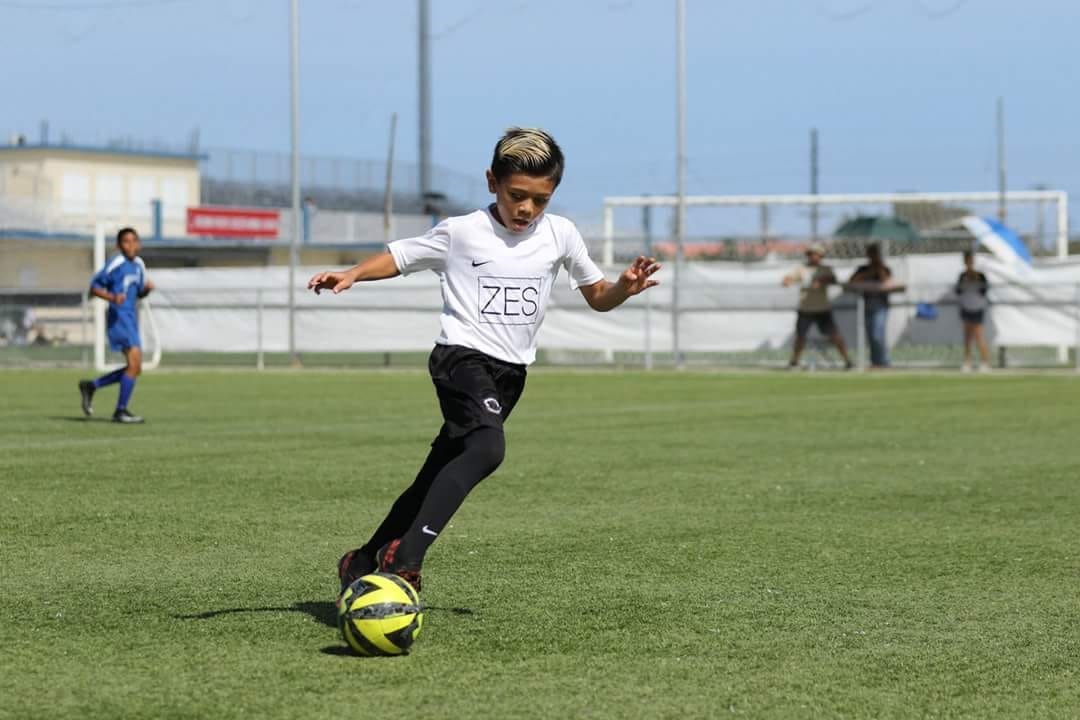 PRESS RELEASE – After merely one year in existence, ZES Football/IDL is making great strides to expand off-island opportunities for Guam’s youth footballers. The club’s vision has always been to increase the exposure of Guam’s talented players in an effort to get them noticed for collegiate recruitment and other opportunities. ZES/IDL coaches are in regular contact with many clubs on the east and west coasts of the U.S. The objective is to send players who are ready to test their game and guest play with some of the big clubs in the U.S. in some of the best youth tournaments. This allows the ZES/IDL players to return to Guam and share what they have experienced while simultaneously raising the level of play on the island. Douglas Kelly is the first ZES/IDL player selected by former professional players Jonah Romero and Jason Cunliffe for this experience in the U.S. mainland.

Douglas Kelly will join the boys 2007 South/Valley Rave team and play in the Crossfire Challenge on July 20-23, 2018, which is the biggest youth soccer tournament in Washington State. Douglas will test his skills by playing up two age groups. After sending film on Douglas and talking with the coaches, the coaches felt that playing up in this age group was best for the ZES/IDL player. Douglas will arrive in Spokane on June 8/9 and will be training with the team four days a week during his stay.

SSC Shadow is the first youth affiliate of the Seattle Sounders FC, 2016 MLS Cup Champions. The premier wing of SSC Shadow, Spokane Sounders, is home to 62 teams who compete at the highest levels of Washington Youth Soccer’s reach. SSC Shadow has seen five of its youth products represent youth national teams in the past year and has produced the Seattle Sounders with their youngest ever professional player, Ray Serrano, aged 15. Douglas will have the opportunity to be looked at by the Sounders and the rest will be in Douglas hands and at his feet.

“As a club, we’re ecstatic to bring Douglas into our environment and immerse him in the club philosophy and style of play,” said SSC Shadow Director of Coaching Mike Pellicio. “Douglas comes with the highest recommendation from Guam Men’s National Team players Jason Cunliffe and Jonah Romero. We believe strongly that ‘if you’re old enough, you’re good enough’ and that young players being entrusted with increased responsibility and challenges will result in fantastic things for player development.”

“Douglas is a bright young talent who has all the tools necessary to succeed in football at the highest levels. Our goal is to help give him the necessary exposure to challenge himself against better opposition than he can currently find on island. He is the first player that we will send abroad but he definitely won’t be the last. I have no doubt that he will come back a better player and share the lessons he learned from this experience with the rest of our kids at ZES/IDL” said coach Jason Cunliffe.

Coach Jonah Romero added, “We are excited for Douglas, he has all the tools to be take his game to another level. He works hard in the classroom and on the field. He is always doing the extra work on his days off. We want him to perform and enjoy this experience and open many more doors for our ZES\IDL players. This is only the start and just our first player who we are sending out to the U.S. Many more will follow.”