After a rough first day, Guam’s Tatiana Sablan and Kiara Rojas bounced right back in Day 2 as they defeated RMI in straight sets. 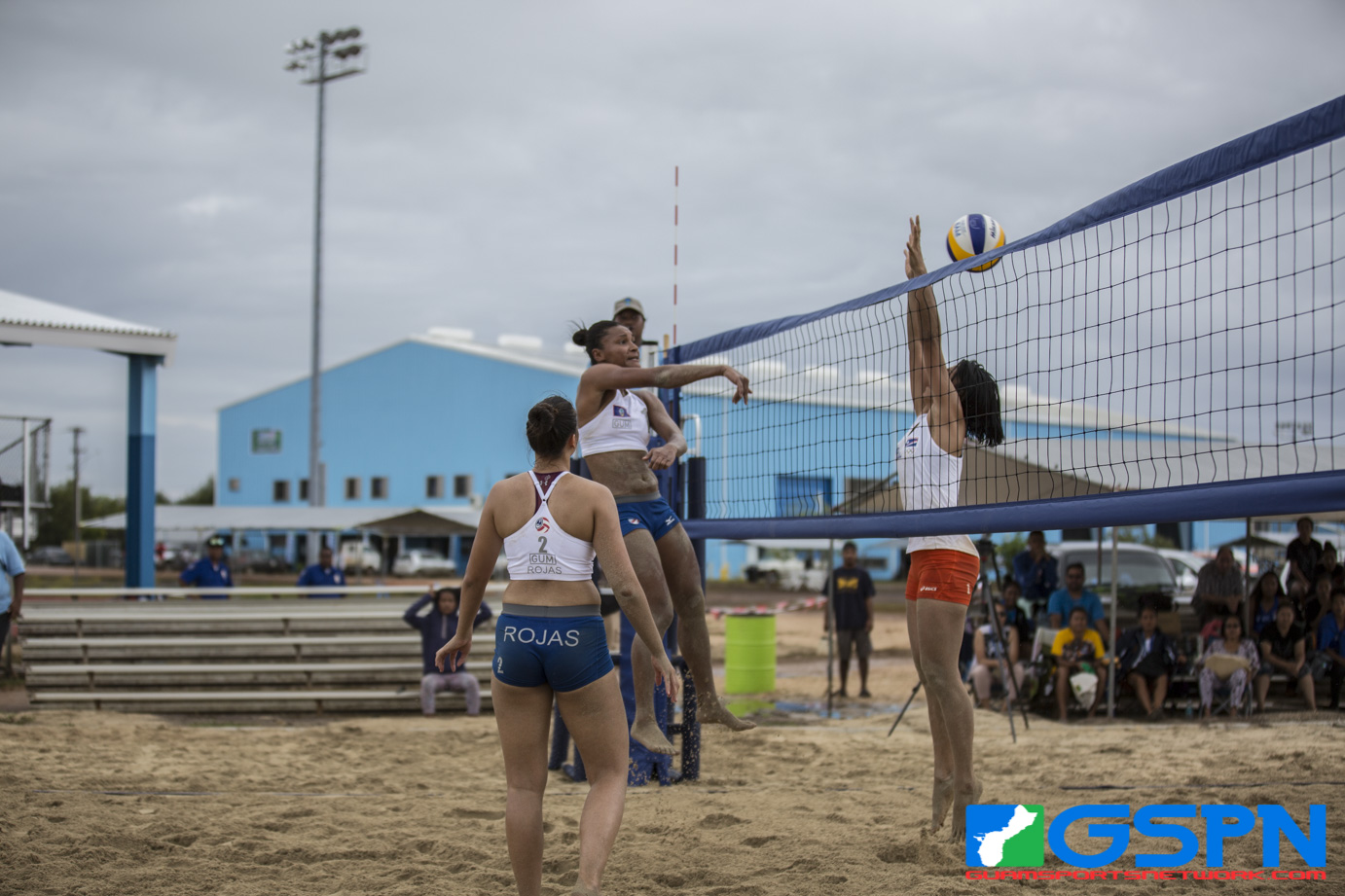 Colonia, Yap – After a rough first day, Guam’s Tatiana Sablan and Kiara Rojas bounced right back in Day 2 as they defeated RMI in straight sets. The serves were cleaner and the two started to click by defeating RMI 21-15, 21-16.

The men’s team lost to Palau in the early morning game and nearly came away with toppling the top seeded team in Kiribati. Guam’s Ryan Eugenio and Shin Okada stormed out to a 1st set lead before Kiribati answered back to force a 3rd.

Guam was in the drivers seat up 13-11 in the final set, but Kiribati ran off four straight points to take the 15-13 set, and game.

The playoff rounds begin tomorrow morning with the medal rounds set to conclude later in the afternoon. A win tomorrow by any of the Guam teams will secure at the very least a bronze.

CALVO SELECTED TO 2019 ACADEMIC ALL IVY

Since forming the GNYFF in 2009, the league has never gone without a season until 2020. The league announced their plans to cancel the 2020 season amidst the COVID-19 pandemic.

RIP: Former Guam football player Phil Mendiola, shown here with son Tano, passed away in Las Vegas due to a heart attack. Mendiola played for numerous Guam teams from youth to varsity. He was 39.