U15 SOCCER HEADING TO CHINA FOR EAFF TOURNEY

U15 gearing for China tournament 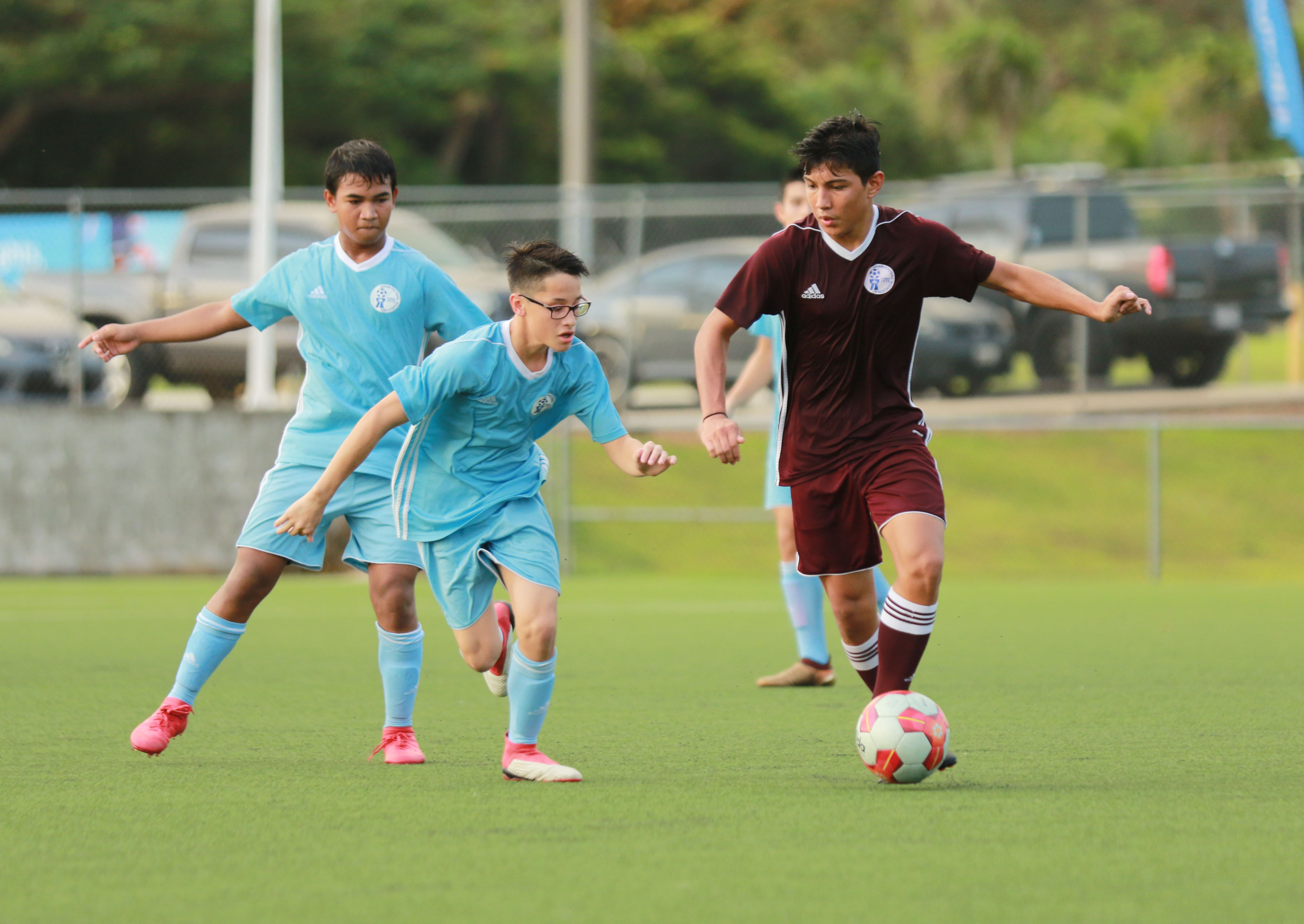 PRESS RELEASE – Final preparations are underway for Guam’s U15 National Team headed to China, PR later this week for the EAFF U15 Boys Tournament at the National Training Center in the country’s capital.

Guam U15 National Team player Caiyle Gogue looks for options on a throw-in during a recent training match against the Guam U17 National Team training squad at the Guam Football Association National Training Center in this file photo. The team will be departing to China, PR early Saturday morning to compete in the EAFF U15 Boys Tournament 2018. The team will play five matches beginning July 23. Photo courtesy of Jesse Mesa/GFA.

A total of 20 players and five staff will depart early Saturday morning for the tournament, set to kick off July 23.

“The players, the parents, and the staff have all been dedicating a lot of hard hours to prepare for this tournament since we began training – the team is confident and ready,” said Dominic Gadia, Head Coach of the Guam U15 National Team. “This tournament is an opportunity for our young players to showcase a new type of Guam football; we are not going into this tournament solely focused on results, but rather prioritizing the performance of each individual player and how they are progressing through our long-term development plan. We have players in both the 2003 and 2004 age group and this is a fantastic opportunity to showcase all the hard work they have put into demonstrating our new national team football philosophy.

“We expect the players, the staff, and the parents traveling to continue doing what we do here at home – uphold our team’s culture, values, and expectations. We are going to show professionalism on and off the pitch. This is our foundation and our football will exemplify this,” Gadia added.

Seven of the players play for Wings FC, five play for the ASC Trust Islanders, and four play for the Bank of Guam Strykers. Two play for the Guam Shipyard Wolverines and one each play for Quality Distributors and NAPA Rovers FC.

“The staff and players would like to give a very big thank you to the parents,” Gadia said. “Everything we are trying to do to help improve Guam football could not be possible without their support. They believe in our program and continue to put a lot of hard work and hours into supporting the players and the team.”

Information on the tournament is available on the EAFF Web site: https://eaff.com/competitions/eaff2018u15/index.html

Guam U15 National Team player Noah Mueller looks for options as he plays out from the back during a recent training match against the Guam U17 National Team in this file photo. Photo courtesy of Jesse Mesa/GFA.