The IIAAG Track and Field’s first Meet of the season was cut short due to heavy rain and lightning midway through the event. Several events were completed before the officials saw lightning nearby and decided to cancel the remainder of the meet. 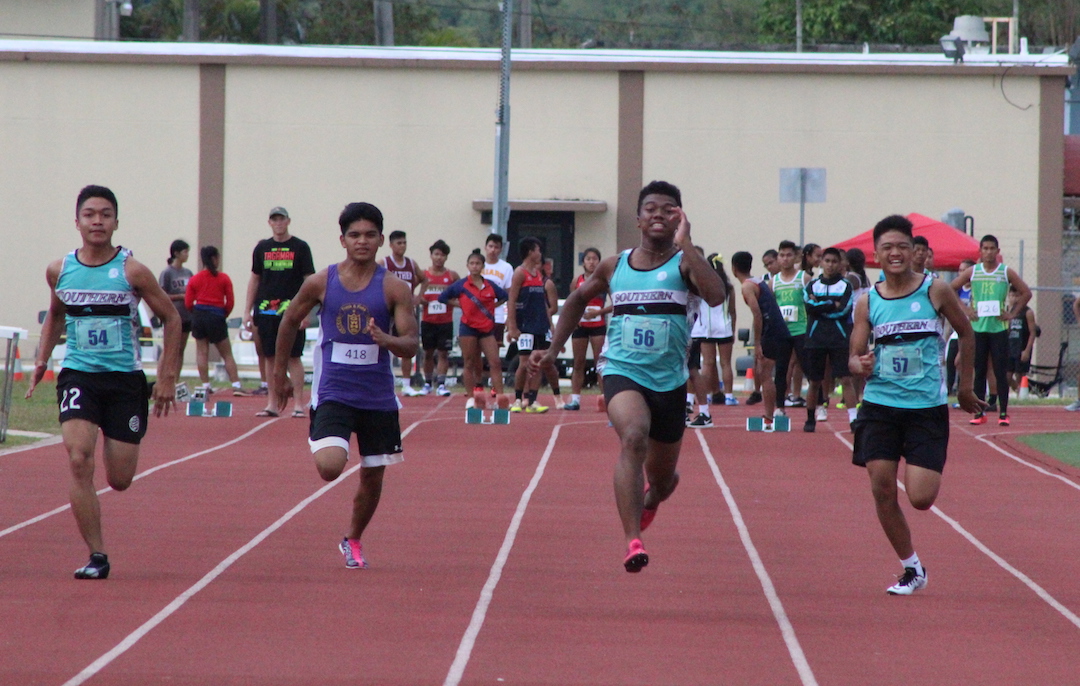 The IIAAG Track and Field’s first Meet of the season was cut short due to heavy rain and lightning midway through the event. Several events were completed before the officials saw lightning nearby and decided to cancel the remainder of the meet.

The weather looked promising at the Guam High Track when the event started at 430pm but lightning showed up at around 7pm. Despite the early ending, most athletes got their first crack at taking the field. Athletes looking forward to running the 200m, 300m hurdles, 800m, 4×400 relay, the triple jump and the shot put will have to wait till next week to try their events.

“As a team, we tried to get a feel of the competition and the events today. We have alot of new players and this was their first experience,” said Southern High sprinter Gilbert Hollingsworth.

The Guam High Panthers look to repeat what day did earlier this season in the IIAAG Cross Country league and win a double title for both boys and girls. Joe Taitano leads another talented group from Guam High led by long distance runners Emma Sheedy and Isaac Ventura. Both runners picked up victories in the 1500 meter races to give valuable points to the Panthers.

Lexi Brown did her part for the Panthers and got first place honors in the high jump and the 4×100 relay. “We are all one big family from Guam High. We all cheer and support each other,” said Brown.

While some athletes were on the field getting their first feel of competition, one athlete was looking to qualify for the Micronesian Games this summer. Darin Pascua needed a fast qualifying time in his event (400m) to make the team.

“Our coach’s message to the team before the meet was to get a good feel of the first meet, especially for the new athletes,” said Pascua. Unfortunately just after Pasqua’s race, the lightning was seen nearby and the officials did not hesitate to end the competition.

Safety was the main priority according to one of the race officials and the meet two will continue next week.

Click on the link below to view the results of the completed events: