KNIGHTS GET RAINY-DAY WIN OVER COUGARS

The St. John’s Knights picked up their first win of the season on a wet and windy Friday afternoon at GFA. The Knights scored two goals in the first half and played great defense in a convincing 2-0 win over the Academy Cougars. 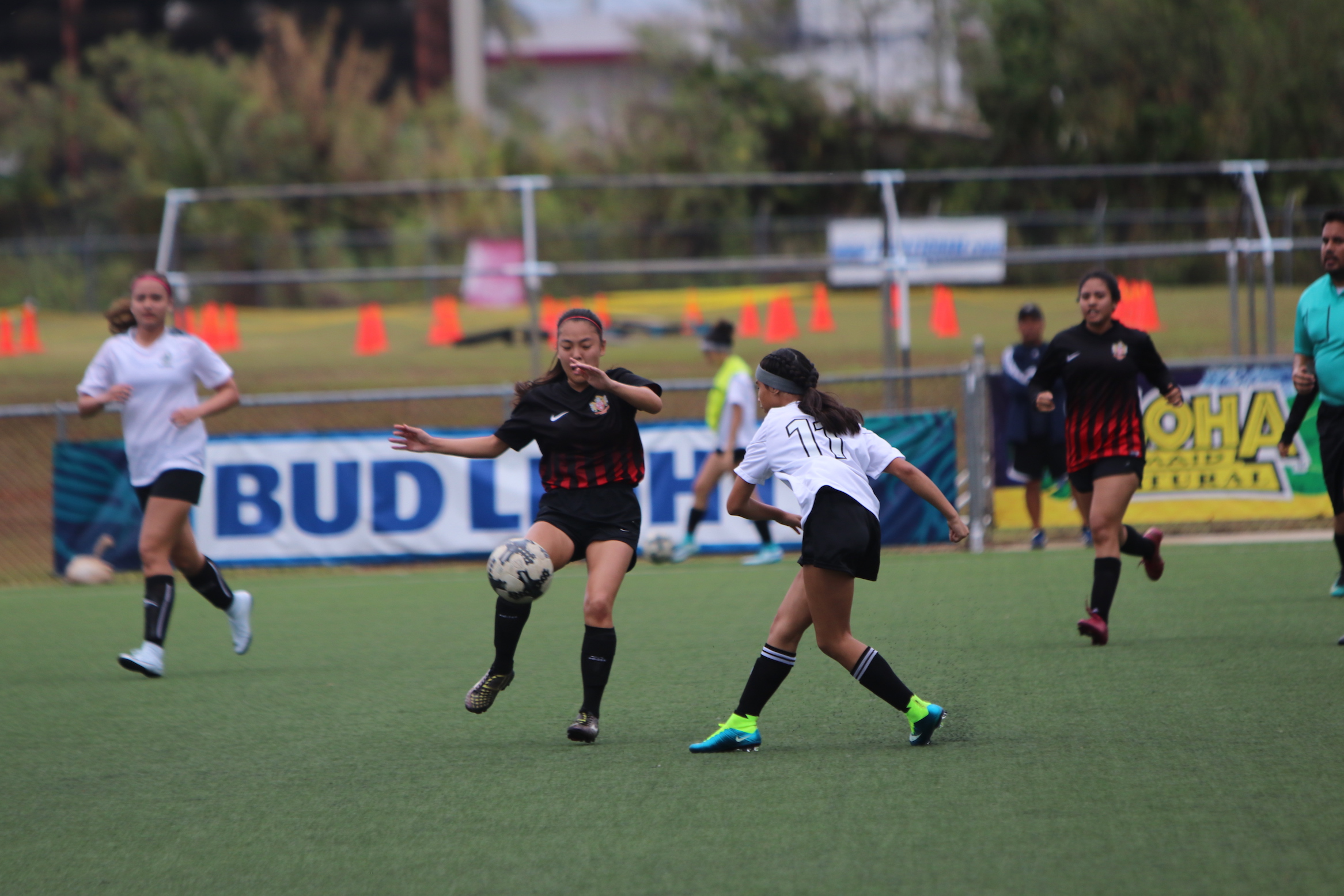 The St. John’s Knights picked up their first win of the season on a wet and windy Friday afternoon at GFA. The Knights scored two goals in the first half and played great defense in a convincing 2-0 win over the Academy Cougars.

St. John’s striker, Elisabeth Errett, had herself a game scoring two goals in the first half and providing the offense for her team. “ I think we communicated really well today and the fast start was definitely the key to playing well the rest of the game.” said Errett on her big game.

It was indeed a fast start for the Knights, thanks to a goal by Errett in only the 2nd minute of the game. The early goal gave the Knights a lot of confidence and it showed in their defense, where they stopped multiple Cougar attacks.

The Knights’ defense played superb; and led by sophomore, Hallie Wigsten, they were able to repel any attack that came their way. With the Cougars aggressively trying to get their team back in the game Wigsten always seemed to be able to get the ball clear of danger.

Towards the end of the first half St. John’s shifted the momentum again with Jenna Han and Errett leading the offense and getting multiple shots on goal. The Knights were rewarded for their intensity with another goal in the final minute of the first half by Errett.

Though the second half lacked any goals, it made up for it with great defensive efforts by both teams. The Knights and Cougars traded possessions back and forth as each team tried to find their offense.

The Cougars’ Thea Baker and Mia San Nicolas pushed to get their team back in the game but the Knights’ defense held tough. The Knights also pushed the ball up with Han and Errett trying to stretch their lead but couldn’t seem to replicate their first-half success.

The defenses played a big part in the second half as neither team was able to find the back of the net. As the final whistle blew, the Knights walked away with 2-0 victory thanks to their complete-game effort.

Wigsten said the stellar defense was thanks to a learning experience in their last game, a loss to the Okkodo Bulldogs.“After our first loss we saw that we had a lot of things to work on, and I think in this game we improved a lot, communication was also a big factor in both defense and offense and I think that led to a great game from us today on both sides of the ball.”

“ We just listened to what our coaches were saying and went out there and gave our full effort for the whole game, even when we were in the lead.” said Han on the key to the Knights’ offense.

The Knights seem to be trending in the right direction and with the talent and chemistry on their team they have high hopes for this season. “We’re looking forward to testing ourselves against these other schools and seeing what we’re able to accomplish.” said Wigsten. “ A lot of us have been playing together since middle school so we want to see what we’re going to be able to do at the end of the season and hopefully we can win a championship.” added Han.

Knights keeper Hanah Fernandez spaces out her team after a goal kick. (photo by Victoria Smith)