The University of Guam Triton Athletics Department had its annual Student-Athlete Reception on Monday night in the UOG Calvo Field House, where each team had four awards to give, to include the Most Valuable Player for each sport. 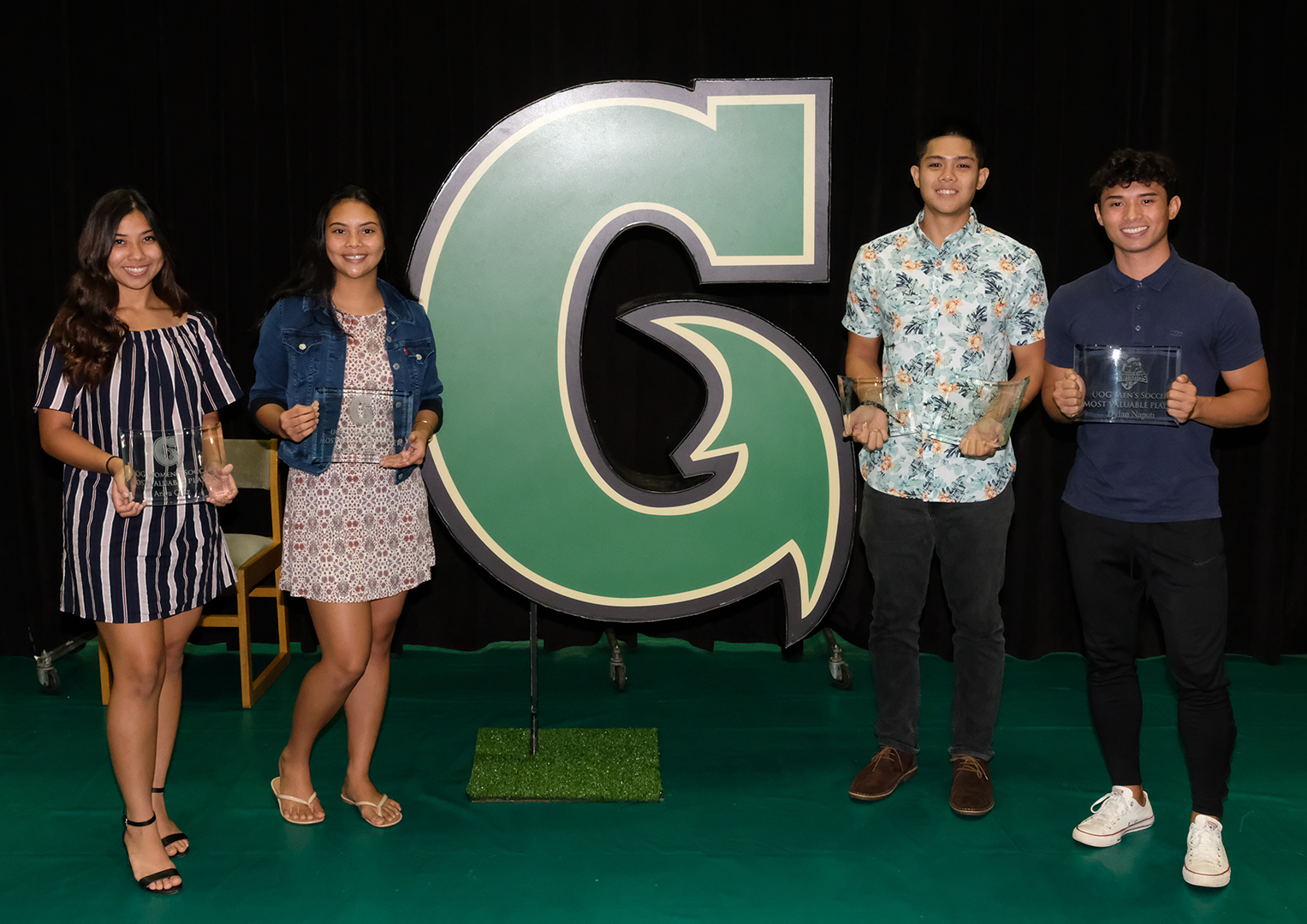 PRESS RELEASE – The University of Guam Triton Athletics Department had its annual Student-Athlete Reception on Monday night in the UOG Calvo Field House, where each team had four awards to give, to include the Most Valuable Player for each sport.

The event also included UOG President, Dr. Robert A. Underwood, giving a welcome to the student-athletes as well Vice President for Administration and Finance, Randell Wiegand, welcoming the student-athletes too. UOG Athletic Director, Doug Palmer, went over the Tritons accomplishments for 2017-18 and some of the challenges the program faces going forward.

The first awardee was the UOG President, who is retiring shortly from the University, but was responsible for bringing varsity athletics back to the UOG campus with his Good To Great program and has been strong supporter of the current four varsity sports. Dr. Underwood received a picture of himself holding a UOG Athletic Banner at a UOG basketball game and he also received a basketball with 2017-18, 30–0 on it, for the undefeated basketball season during 2017-18 as the Tritons went 30-0 for the academic year and won 3 basketball leagues.

Triton Athletics Super Fan, Jeff Laforteza, was awarded a latte stone glass statue for his attendance at the majority of UOG Athletic events in 2017-18.

Then the head coaches for the four varsity sports gave out 4 awards to their teams.

The four MVPs are up for the Student-Athlete of the Year award, that will be announced on May 28th.

Photos were taken by UOG Sports Photographer, Victor Caonsaga, 55 more pictures of the event will be released to the UOG Athletic Facebook Page later this afternoon.