WRESTLERS SET TO COMPETE IN YOUTH OLYMPIC GAMES NEXT WEEK

The Youth Olympic Games (YOG) is scheduled to start next week in Buenos Aires, Argentina, and the Guam contingent is composed of four athletes all in the sport of Wrestling. The YOG opening ceremonies is scheduled for October 6th at the Obelisco de Buenos Aires. 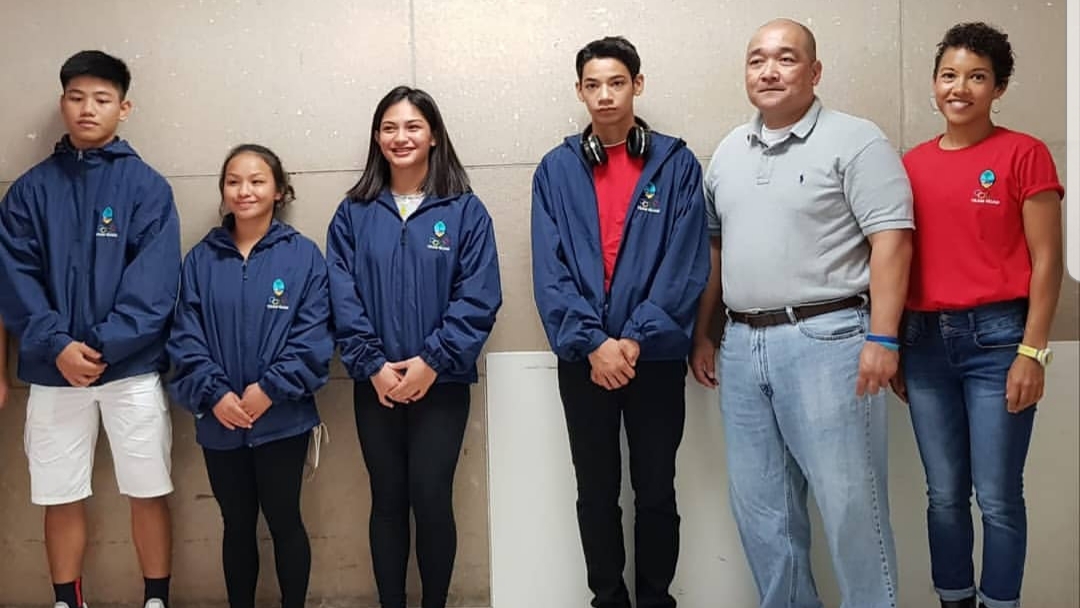 The Youth Olympic Games (YOG) is scheduled to start next week in Buenos Aires, Argentina, and the Guam contingent is composed of four athletes all in the sport of Wrestling. The YOG opening ceremonies is scheduled for October 6th at the Obelisco de Buenos Aires.

Four wrestlers qualified for the Games, winning their respective weight divisions during the Oceania Championships in either free style or Greco Roman wrestling styles. Paulina Duenas, Kaetlyn Quintanilla, Lynch Santos and Gavin Whitt each qualified to wrestle in the Games which is for athletes 18-years of age or younger.

Tiare Ikei, who lives in Hawaii but her mom is from Maina, will be representing the USA at the same competition.

Duenas, Quintanilla and Whitt will be wrestling in the freestyle division in their respective weight classes while Santos will wrestle in the Greco Roman style.

The two female and two male athletes will be coached by Mariano Aquino and the chef de mission is Dr. Arania Alophson.

“I’m very excited but also very nervous. This is a lot different from high school wrestling but I know with the help of my coach and teammates I’ll be able to meet my goal for YOG,” said Quintanilla.

Quintanilla, 15, was also thankful to the Guam Amateur Wrestling Federation, GNOC and Fudoshin Fitness for the opportunity. Quintanilla will wrestle in the female 49KG freestyle division.

Santos, an all-island champion, will wrestle in the male Greco roman style event in the 71 KG division.

“I expect a lot of experienced athletes. I will take what I learned from my coaches and apply that to my future wrestling matches,” said Santos.

Whitt will wrestle in the male 55 KG freestyle division.

“I’m grateful to have a chance to represent the Island,” said Whitt. “I’m thankful to my teammates and Fudoshin Fitness for all the support,” said Whitt.

“This is such a great opportunity that I’m extremely proud of, “said Duenas.

Duenas will wrestle in the female 57 KG division.

“I just wanted to say thank you to GAWF and GNOC for giving me this opportunity to represent my Island. I still feel really nervous because there’s a lot of things I need to work on but with the guidance of my coaches; I know I will be okay,” said Duenas earlier this year after qualifying for the YOG.

After over 30 hours of traveling, Team Guam arrived to the athlete’s village and will have a few days to acclimate while preparing for weigh-ins. All wrestlers will take the mats on October 12th and their competition ends on October 14th.

All four wrestlers train in the same gym and each athlete also wrestles for Simon Sanchez High School under head coach Tony Aquino. GSPN will be following their matches during the games and updates will be posted on social media.

Mia Aquino passed down her experience to the four athletes going to the YOG. Mia Aquino also trains at Fudoshin Fitness and is a prospect for the Summer Olympic Games next year in Tokyo.