The rainy weather didn’t slow down the high school cross country runners with the Bulldogs getting a home win over the Knights. 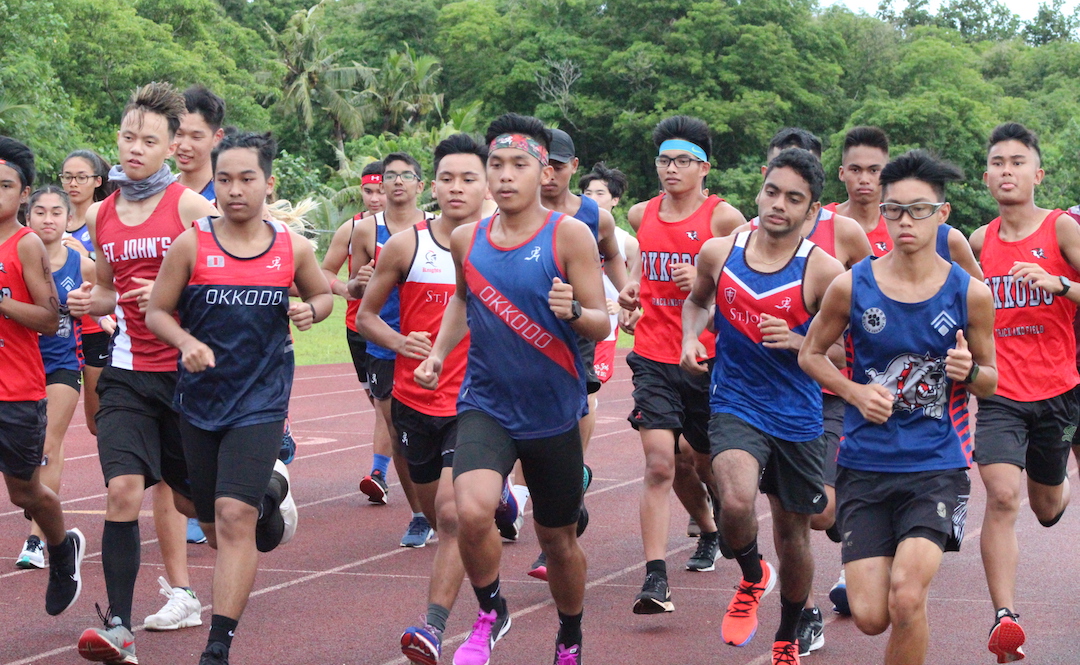 Despite missing a handful of runners on their boys team, the Okkodo Bulldogs took an opening Cross Country season win over the St. John’s Knights at the Okkodo course Monday evening in the rainy weather.

St. John’s speedy runner Marc Rajesh came in first place for all runners and Okkodo’s Darren Tamondong followed behind taking second. The Bulldogs didn’t claim the fastest time, but did secure eight of the top 10 finishers to lock in the 24-53 win.

“I’m definitely a person who always values team performance over individual and I’m just proud that we all had a good start today. We want to come out on top this year and that’s the goal. We’ve got to put in the work and we’re going to continue to do that,” said Tamandong.

Instead, Baden was looking at her own teammates in friendly competition with one of the leagues best in Knight Madison Packbier running along side her.

“I’m pretty proud that I not only came in first for the girls, but also that I beat some of the boys on my team,” laughed Baden on her first official high school race. “It really helps to have competition, but it was my goal since the start of the race to beat [Madison].”

Baden feels like she’s got big shoes to fill after stepping on as a first year runner to a team that won the IIAAG Cross Country title just last season.

“Everyone expects me to be the next Jenna [Han] who finished first overall last year so there definitely is a lot of pressure,” admitted Baden.

*official times will be posted when available*