The Okkodo Bulldogs picked up their second win in big fashion over the Sanchez Sharks in boys rugby while the Geckos and Friars remain unbeaten. 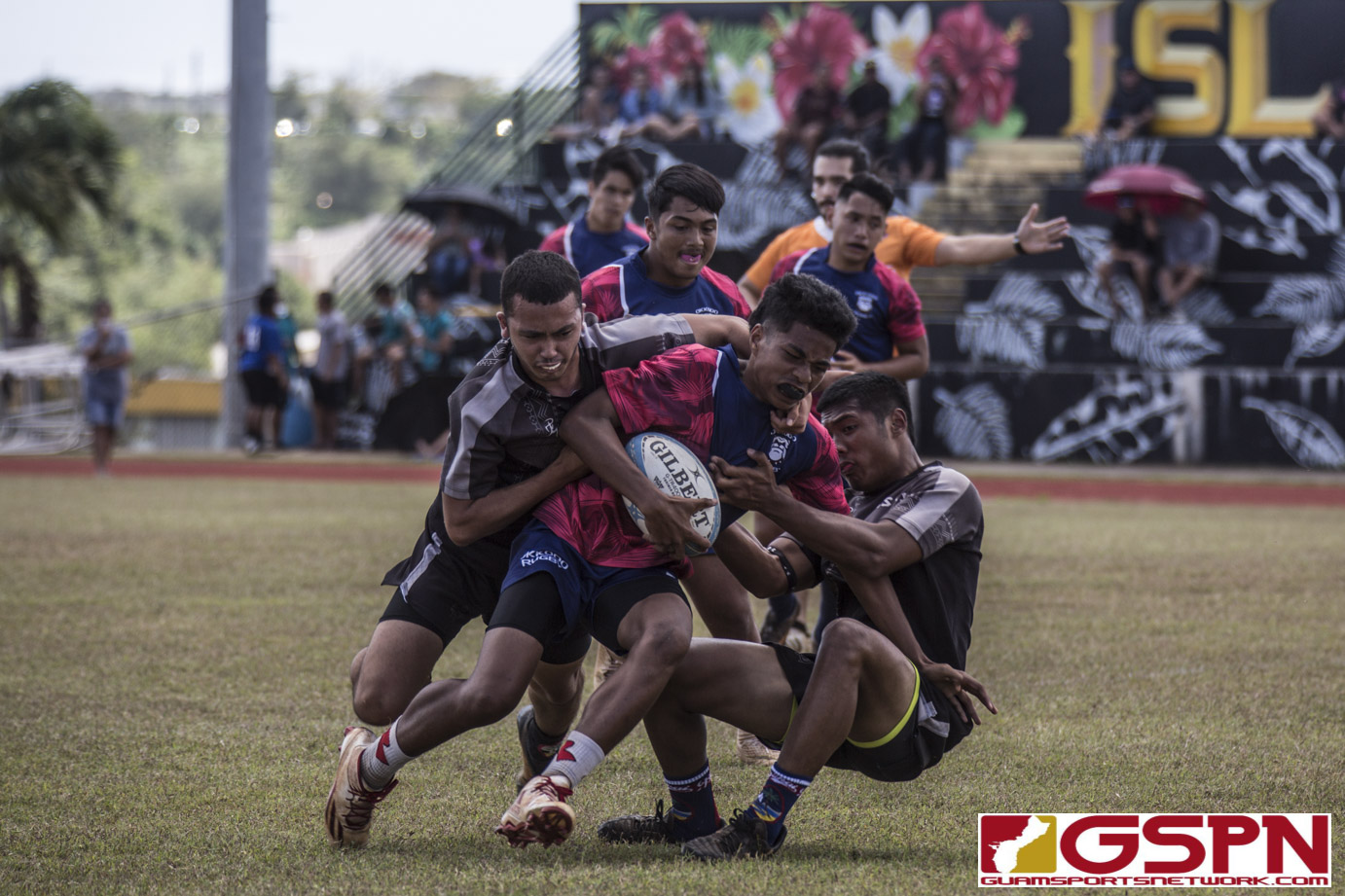 Saturday’s boys varsity rugby showdown at the JFK Field between the Sanchez Sharks and Okkodo Bulldogs was more than just a battle of the North with both teams competing for the 3rd place in the standings.

Okkodo didn’t blink as they poured on some impressive offense, overwhelming the Sharks 26-5 with their defense highlighting the day, denying Sanchez two times just inches away from the try zone.

The Bulldogs put on four tries from three different players as Daeton Sahagon converted three of his four conversions. Ethan Sanchez scored the games first try, but it was his ankle-breaking juke in the second half that had everyone buzzing as he put the nail in coffin to extend the lead 24-5.

The Sharks struggled near the try zone after knocking on the door twice in the first half. Their first attempt ended on a turnover that Okkodo managed to clear, followed by a big turnover off a penalty denying their shot with the Bulldogs only hanging on to a 14-0 lead.

Davey Santos broke loose early in the second half to get free 19-0, but the Sharks answered back quickly on a score from Jaryn Borja as he squeezed through the right sideline. The try was just nearly inbounds which made the conversion kick the toughest it could get from the right corner, leaving the score 19-5 off the failed point after.

Okkodo’s big win improves them to (2-2) as their gaining momentum while the Sharks fall to (1-2) while coming off a BYE.

The GW Geckos grabbed a close 5-0 win over the hosting JFK Islanders with the lone score coming from Ipo Indolecio. The FD Friars defeated the Southern Dolphins 26-7 to remain unbeaten, along with the GW Geckos.