The Academy Cougars denied any possibility of an ‘if’ game Monday evening as they defeated the Guam High Panthers 11-2 to win the 2019 IIAAG Girls Softball Title at the Okkodo Field. 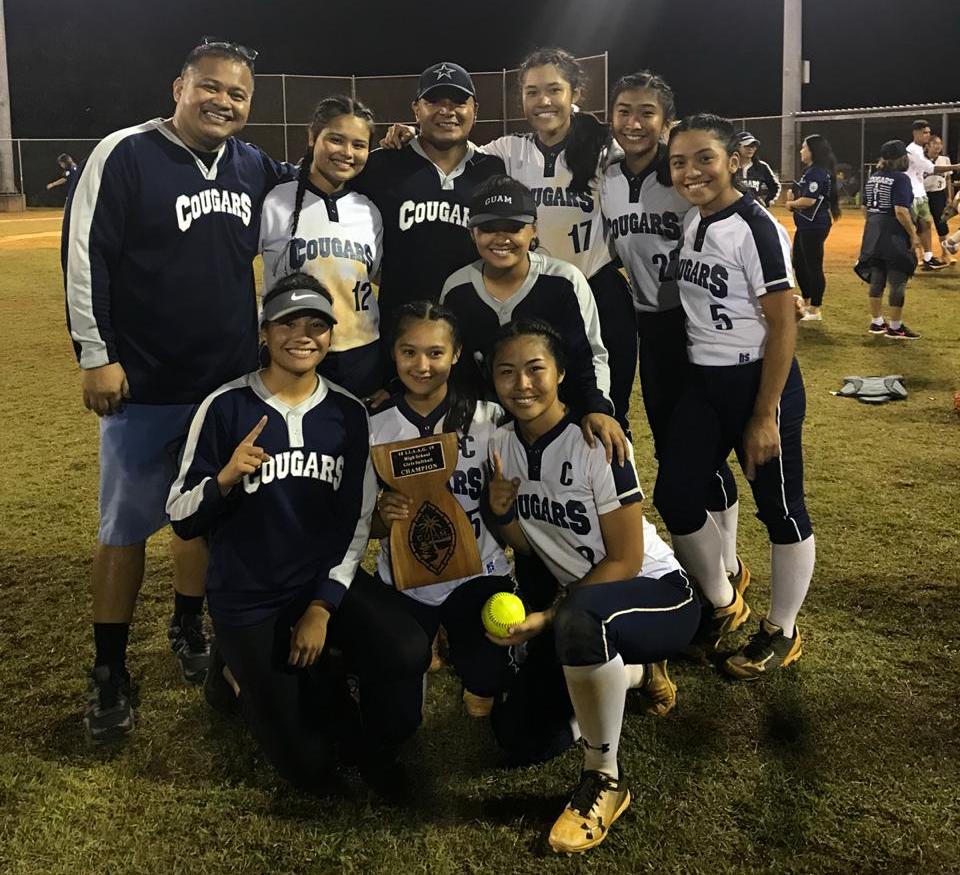 The Academy Cougars denied any possibility of an ‘if’ game Monday evening as they defeated the Guam High Panthers 11-2 to win the 2019 IIAAG Girls Softball Title at the Okkodo Field. An explosive 2nd inning set the tone for the Cougars where they scored six runs to take a 6-0 lead.

Cougar Kaeliah Guerrero got the offense rolling in the 2nd with a two-run double, going up 3-0 off an error. Talen Topasna would bring in Guerrero a play later on a base hit with Academy grabbing control of the game early.

The Cougars get a post game talk from their coaches to wrap up the 2019 season. (photo courtesy of Jackie Martinez)

An error would bring in the Panthers first run in the 3rd inning, but the Cougars would pile on four more runs in the 4th to further their lead.

Mendiola would get the top of the line up in the top of the 7th with two outs away as Panther Gabriella Rodriguez popped a fly ball deep left. The Cougars outfield was ready and waiting, securing the deep hit to lock up the 2019 title. Academy’s lone loss of the season came from the Panthers, but senior pitcher Mendiola was out with the flu.

Mendiola had not lost a game she started this season ending her tenure with the Cougars on top!