Eight different teams met up at the UOG Field on a dusty Sunday afternoon to contend for the title of the Men’s and Women’s Heineken Rugby Tournament. 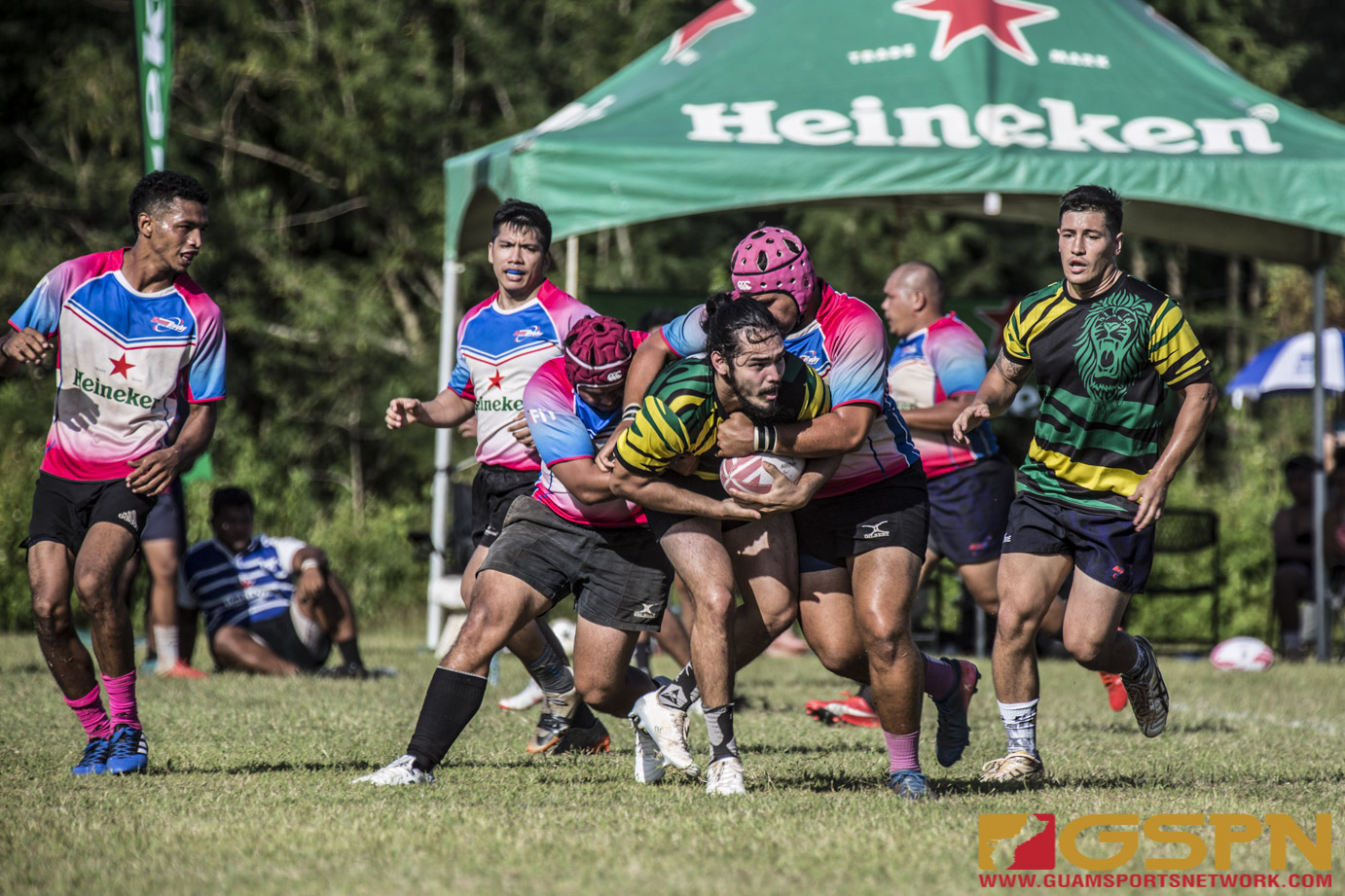 Eight different teams met up at the UOG Field on a dusty Sunday afternoon to contend for the title of the Men’s and Women’s Heineken Rugby Tournament. The tournament held two divisions: men’s 10s and women’s 7s. With four teams in either division, the day was filled with gritty rugby action. Many notable names in the rugby community participated in the tournament, and they all had a chance to show off their talent.

In the women’s division, Team Poksai’s Jalana Garcia, Paige Surber and Leticia Blas, would lead the tournament in tries with five apiece. For the men, Para Todu’s Chris Sgro would lead his division with four tries throughout the tournament.

In the women’s division, Team Poksai would face off against Team Para Todu. Led by the talents of Surber,  Blas, Taylor Crisostomo,and recent SMCM-commit Garcia, Team Poksai’s explosive speed and chemistry would allow them to dominate the tournament and grant them a 34-0 victory over Para Todu as well as claim the title for the women’s 7 division.

In the men’s division, Para Todu and GRC Blazers would be left the last two standing. Playing the day’s final match, the two teams clashed in a tightly contested battle. Both sides exchanged blows, and neither side would budge an inch, until GRC Blazer’s Taylor Taitague put on the jets to run a try that would secure the 22-21 lead for his team that they would hold onto until the final whistle. Team GRC Blazer would be crowned the champion of the men’s 10s division.

“This is the first time we’re doing this tournament, and we wanted to do it before the high school season kicked off. Most of the participants are either coaches or referees, so we rarely get to play during the season.”