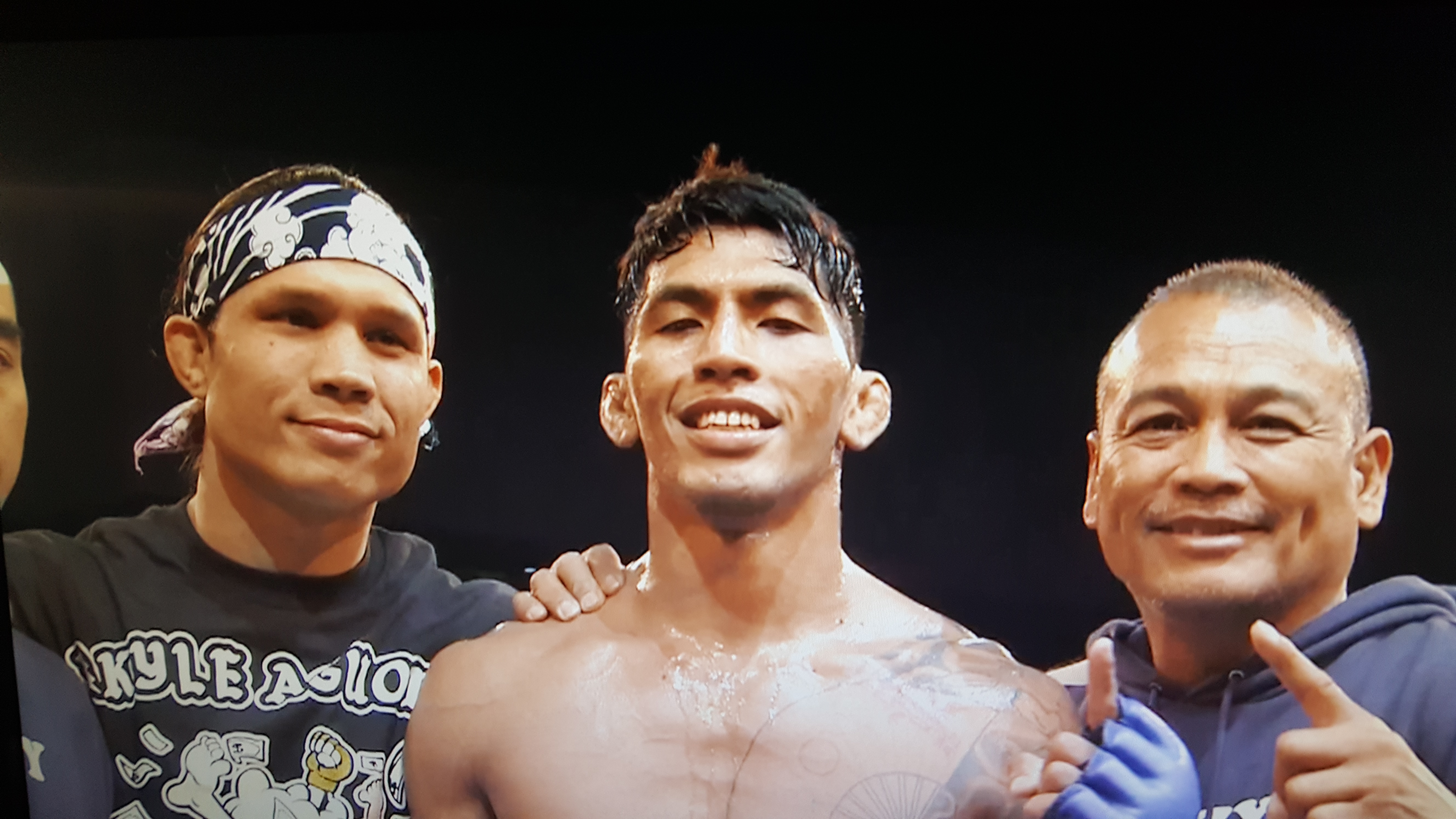 Aguon, who was also celebrating his birthday, won a split decision victory over the hometown Japanese fighter. ‘Money’ looked like he had a clear advantage in the stand-up exchanges, knocking Nakajima down twice during their scheduled three round fight. Aguon used his reach to his advantage and worked his jab which bruised Nakajima’s face.

Aguon is now 3-1 in the Pancrase promotion and will likely face the winner of the Isao Kobayashi vs. Nazareno Malegarie featherweight championship bout on May 26 at Pancrase 305. You can watch a replay of Aguon’s fight on UFC Fight Pass under the Pancrase 304 event.