This past Sunday the 2019 Monster Energy Guam Motocross Championship schedule took racers to the beautiful Southern village of Umatac and was held in conjunction with this year’s Guam Heritage Day festivities. 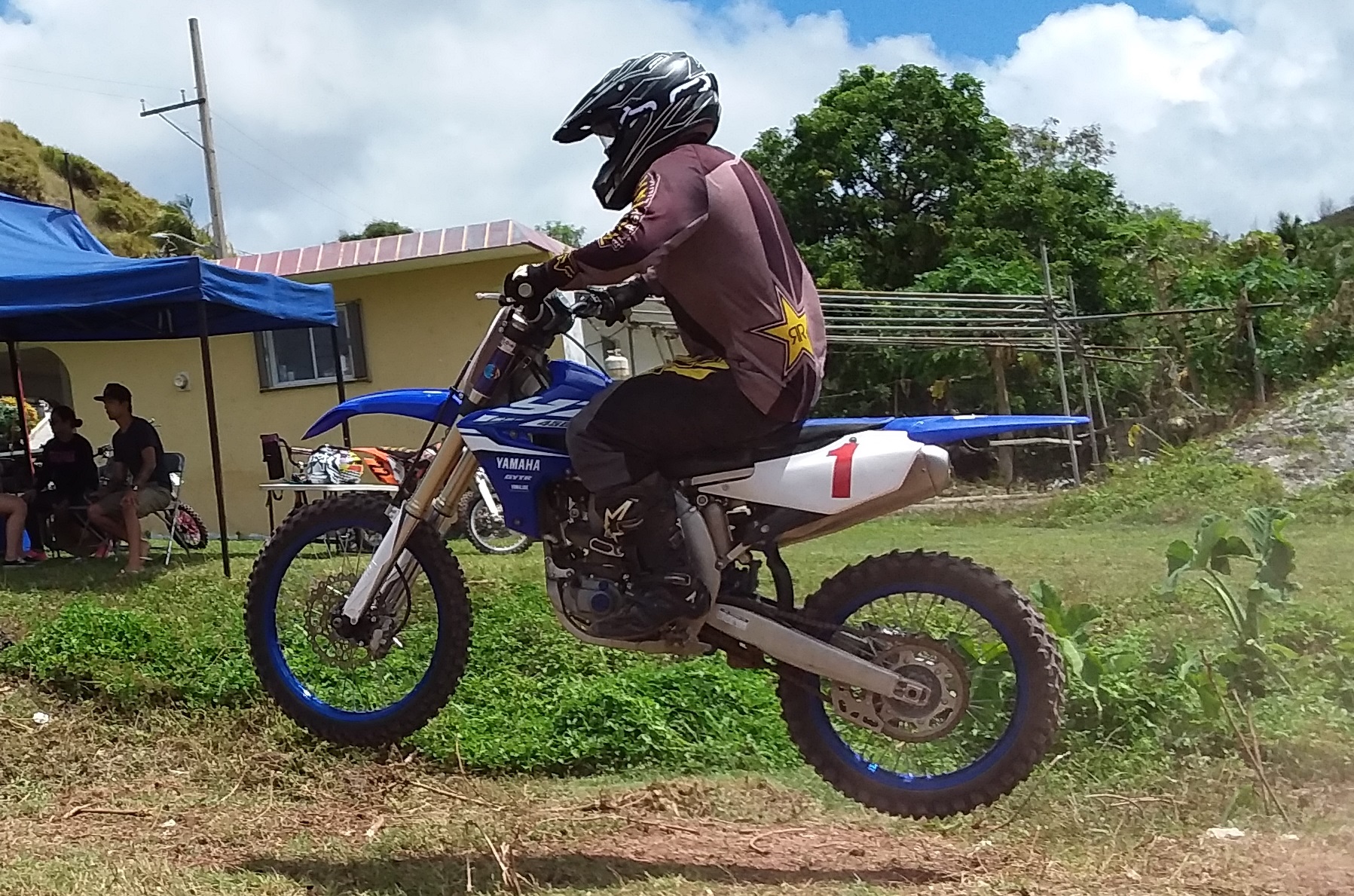 PRESS RELEASE – This past Sunday the 2019 Monster Energy Guam Motocross Championship schedule took racers to the beautiful Southern village of Umatac and was held in conjunction with this year’s Guam Heritage Day festivities. A non championship points earning round that awarded trophies for the top class finishers. The motocross trophy dash involved both motorcycle and atv classes of several sizes. Competitors ages both male and female ranged from four years of age all the way to over 60 and then some. The race course was conveniently located directly within the village right alongside the iconic Umatac bridge and is popular on the non race days of the year with several of the villages local carabao’s.

With clear sunny skies the course located within the village was dry and some what dusty but made for some great racing.

In the Open Motorcycle class #1 John Aguon aboard his Yamaha took the early lead and led from start to finish to claim the first place trophy. Taking second was #51 Frank Reeses on a Yamaha with third going to the #11 of Kawasaki mounted Mike Limtiaco. Rounding out the rest of the field respectively were #85 Blaze Aiken, #22 Sade Pitter, #24 Jon Aguon, #19 Zachary Chang, and #21 Ryan Pancheri.

In the Open Minibike class #25 Lawrence Limtiaco on a Kawasaki and #74 Damien Manibusan on his Honda battled each other in their two scheduled heats with each taking a heat win but with Manibusan taking the first place trophy. Limtiaco took second with #22 Wyett Santos on a KTM finishing in third.

Over 40 Vet class first place went to #51 Frank Reeses on a Yamaha with #11 Mike Limtiaco aboard a PTR/Fleet Sevices supported Kawasaki taking second.

450cc Motorcycle class #1 John Aguon on a Yamaha took first with second place going to #22 Sade Pitter on her KTM.

Next up on the islands motocross race schedule will be a return to the village of Umatac for another full day of Guam Heritage and History motocross racing this coming Sunday March 10th. Everyone is invited to come join the celebrations hosted by the Umatac village and watch as our motorcycle and atv racers bump and bang their way around the tight Umatac bridge course.

Round 2 of the Monster Energy 2019 Guam Motocross Championships will be held on Sunday March 17th at the Guam International Raceway in Yigo. Gates open at 9am and the racing kicks off at 11:30am. For more information visit https://girmac.teamapp.com