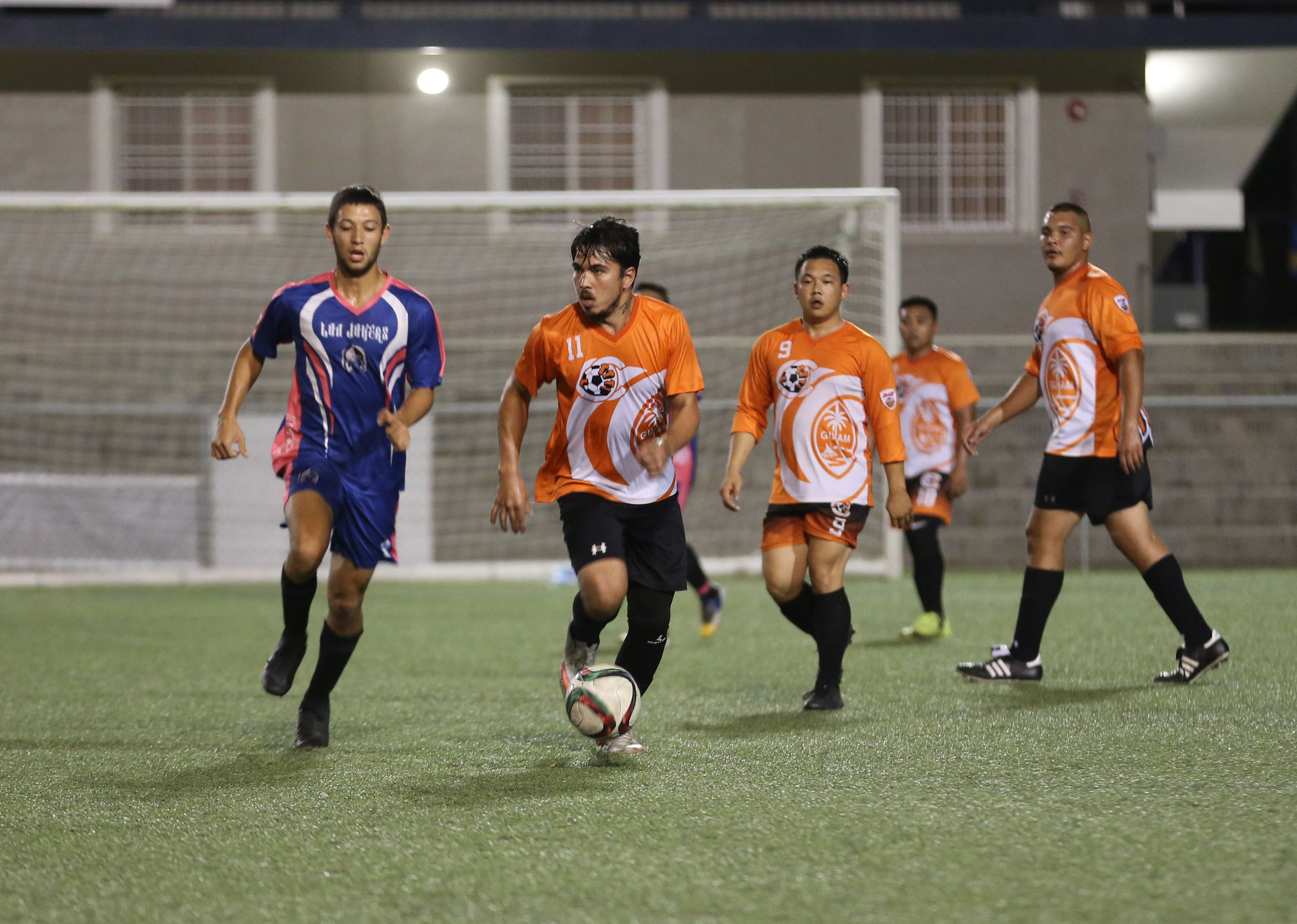 PRESS RELEASE – Quarterfinal fixtures are set for the Bank of Guam 12th Annual GFA Cup following three days of Round 1 action in the main draw over the weekend at the Guam Football Association National Training Center.

Lots of Art Tattoo Heat were the final team to claim its spot in the tournament quarterfinals, edging a relentless Crushers FC team 5-4 Saturday evening.

The Crushers amassed an early 3-1 lead in just over 20 minutes of play until a pair of goals from LOA Heat’s Sydney Talledo and Fred Alig III locked the halftime score at 3-all. LOA Heat struck first in the second half on Talledo’s second for the night in the 58 th minute, but seven minutes later, the Crushers’ Joseph Kim found LOA Heat goalkeeper Keith Surber playing high and framed a lob shot from distance to level the match for the third time. LOA Heat’s Seth Surber later prevented a penalty kick shootout, netting the eventual game winner in the 79th minute.

A.J. Root scored LOA Heat’s other goal. Dietrich Weathington scored twice for the Crushers in the first half and Leeray Zapatos scored his team’s other goal.

In Friday evening’s matches, the University of Guam Tritons defeated FC Beercelona 9-0 with three goals from Ryoga Okada, two each from Dylan Naputi and Hezekiah Cruz and one each from James Yang and Jordan Rosario.

Quality Distributors defeated the Islanders FC (Amateur) 4-1 with two goals from Edson Toussaint and one each from Evertt Vasquez and Ernest Baah. Brandon Auayan scored the Islanders’ lone goal.

In Thursday evening’s matches, the GWM Bombers SC needed a penalty kick shootout to put away Guam Shipyard (Premier). Goals from Shipyard’s Damien Khoo and Bombers Tem Nchia kept the match level at 1-1 through to the final whistle of regulation time. The Bombers next outscored Shipyard 3-1 in the shootout, which included key saves from the Bombers Brian Anderson, Budweiser Soccer League Amateur Division 2018-2019 Golden Glove winner.

Lots of Art Tattoo Heat’s Gideon Tyquiengco looks ahead for teammates as he carries the ball through the midfield against Crushers FC in a Round 1 match of the Bank of Guam 12th Annual GFA Cup, Guam’s annual premier men’s soccer tournament, Saturday evening at the Guam Football Association National Training Center. LOA Heat won 5-4.

Quarterfinals begin Thursday at 7 p.m. featuring the NAPA Rovers FC against the GWM Bombers, followed by Bank of Guam Strykers (Premier) against the University of Guam Tritons at 9 p.m.

The bracket is available for viewing and download on GFA’s official Web site: http://guamfa.com/all-leagues-mens-gfa-cup-results

In 1981, The GW student body voted to keep the Warriors mascot, however, the administration overruled the vote and went with the Geckos instead. This photo is of the 1977 GW Warriors football team. It was then that both GW and JFK had two football teams.

The Benavente Roadrunners defended their Sugar and Spice Middle School Girls Soccer Festival title with a 2-1 win over the Oceanview Knights.