The Defending Champion ND Royals are headed to the Championship Game for the fourth year in a row. Following a 3-1 victory over the St. Johns Knights at Leo Palace on Wednesday afternoon, the Royals advanced with an opportunity to solidify a four-peat and add another title to their impressive dynasty. 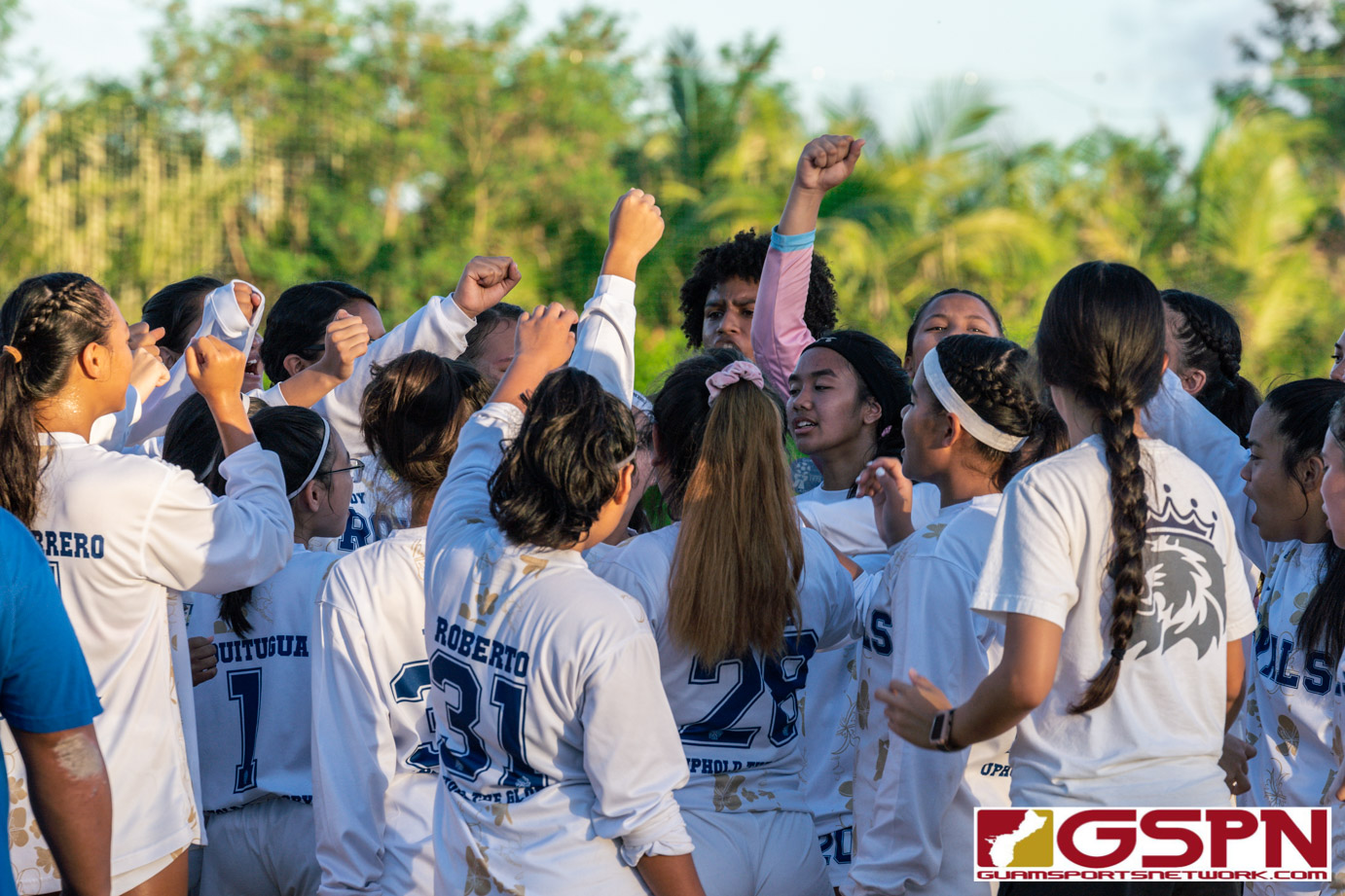 The defending champion Notre Dame Royals are headed to the IIAAG Girls Soccer League championship game for the fourth year in a row. Following a 3-1 victory over the St. Johns Knights at Leo Palace on Wednesday afternoon, the Royals advance with an opportunity to solidify a four-peat and add another title to their impressive dynasty.

League MVP Brianne Leon Guerrero led the charge for her team, scoring two goals in the first half, to ensure a victory over a tough Knights squad.

After being named MVP for the second straight year over the weekend, Leon Guerrero was out to make a statement. She proved just why she is the league’s best player immediately, breaking away for a score in the very first minute of the game to put her team up 1-0. Then again, at the 12-minute mark, Leon Guerrero found the back of the net to give her team a comfortable 2-0 lead.

ND continued to dominate throughout the match and held their 2-0 lead going into halftime.

In the 60th minute, Royals senior Tailor Paige Aguon continued the offensive showcase and added to the lead after her goal gave ND a 3-0 lead.

The lone goal for the Knights would come from senior striker Jenna Han in the 70th minute. Han broke away unmarked and chipped the ball over the keeper’s hand to cut the deficit to 3-1.

The goal would come too late, however, and the Royals would go on to secure a spot in the title match.

The Royals will play the winner of the Academy vs. Guam High match which has been rescheduled to Thursday at 4:30 pm.