The Islandwide Tennis Tournament is moving along with half the league moving through their Quarterfinals Tuesday. 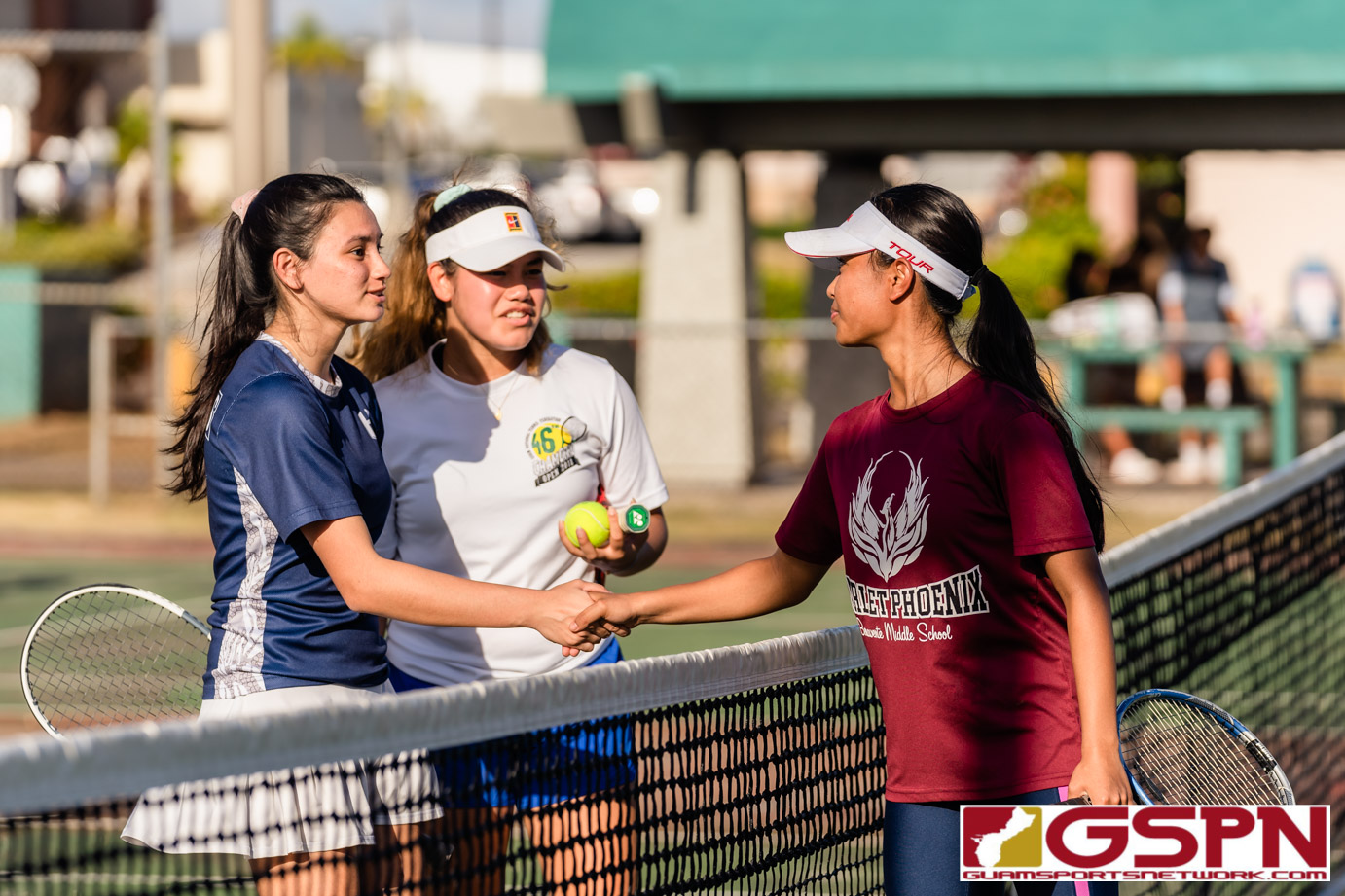 The IIAAG Islandwide Tennis Tournament officially began their quarterfinals Tuesday afternoon with the Boys and Girls Doubles A/B team all completing action. The Doubles A Girls competed at Tamuning Court while Doubles B took Ninete Tennis court. The Boys Singles also completed their quarterfinals at JFK.

The top seeded doubles team from the league Champion Harvest Eagles of Asia Balajadia and Jontae Sanchez found themselves in an early battle against Tiyan’s Maria Minas and Ivory Usana. After battling to a 2-2 set tie, Balajadia and Sanchez would finish the match strong winning four straight sets to take the match 6-2.

“It was definitely a mental thing, but we settled and focused on just getting the next point because it wasn’t going to well,” said Balajadia on the turning point in the match.

“At that point, you already know how your opponents are playing and so it was just a matter of playing smart,” added Sanchez.

The Eagles duo had a first round BYE so Tuesday’s matches were the first since the season ended last week. Since claiming the league title and the top seed, were under a different kind of pressure to live up to their season’s ranks.

“We felt a lot of pressure to perform today. I just really didn’t want to lose!,” said Asia. “We were nervous, but I think we were mostly excited,”said Sanchez.

Balajadia and Sanchez will next play on Wednesday against St. John’s Knights Aprile Kim and Rachel Seo for a spot in the finals.

#1 ranked Academy Cougar Joycelyn Tenai will begin her All-Island Tournament run tomorrow evening at the Ninete Tennis Court. #2 in Knight Kaia Malakooti will also being action after the pair received a first round BYE.

The Finals for the All-Island Tennis Tournament will conclude Friday evening at the Ninete Tennis Courts.