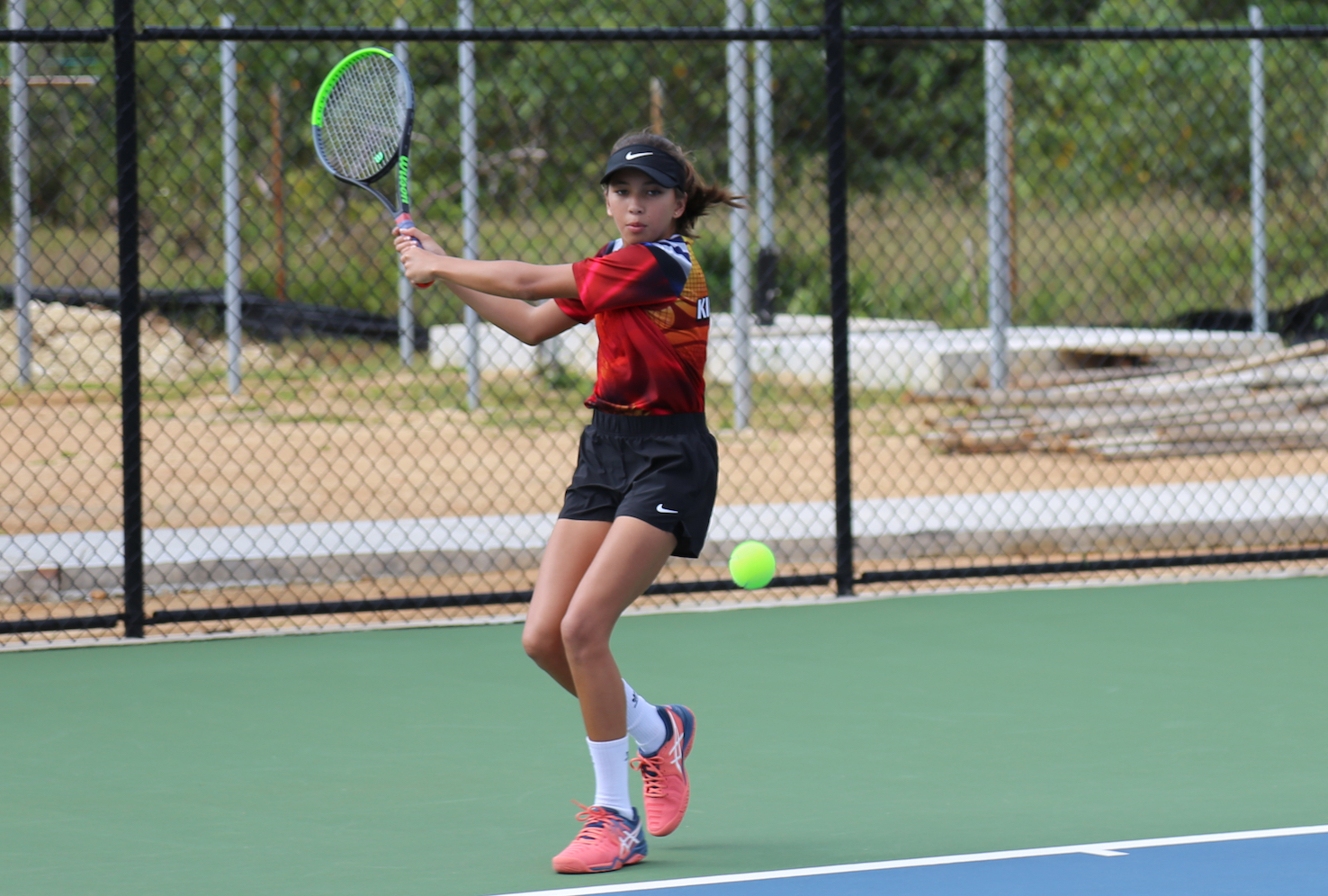 PRESS RELEASE – The 2020 Calvo’s SelectCare Grand Prix Tennis Tournament completed the 2.5, 3.5, and 4.5 Men’s and Women’s Skilled Singles events and the Men’s and Women’s Aged Doubles over the past weekend. Over 70 entries were played at the new Guam National Tennis Center in Harmon, making it the single biggest draw to date.

In the Men’s 4.5 Skilled Singles, unseeded Richard Hawes defeated 7th seed Aarman Sachdev in a grueling three sets 6-2, 2-6, 10-8. Hawes started the match very caustiously by moving Sachdev left and right, forcing him to make errors. Hawes was able to move the young player all over the court by hitting a drop shot forcing Sachdev to make another error, which ended the set.

After losing the first set, Sachdev turned things around by attacking any short ball that he was given, taking advantage of his volleys at the net, and hitting big serves at crucial points. He was able to force a third set in which the winner will be determined by a 10-point tiebreaker.

Hawes and Sachdev were neck and neck as each player forced each another to make the mistake. Hawes was serving for the match as he was up 9-8 when he hit a big serve causing Sachdev to hit his return into the net ending the match.

Hawes commented, “I just took each point as if it was match point. A great match and fine young junior Davis Cup player, so well behaved and very respectful to me. It was the first time I have entered a singles competition in 20 years and was so happy to win the 4.5!”

The other champions and finalists are as follows:

To register and for more information, go to www.tennisacademyguam.com or call Tournament Director Josh Cepeda at 483-8524