A big-time talent with a big-time game. Basketball star Matt Fegurgur is ready to show the league all the hard work he’s been putting in as his final season of high school basketball approaches. 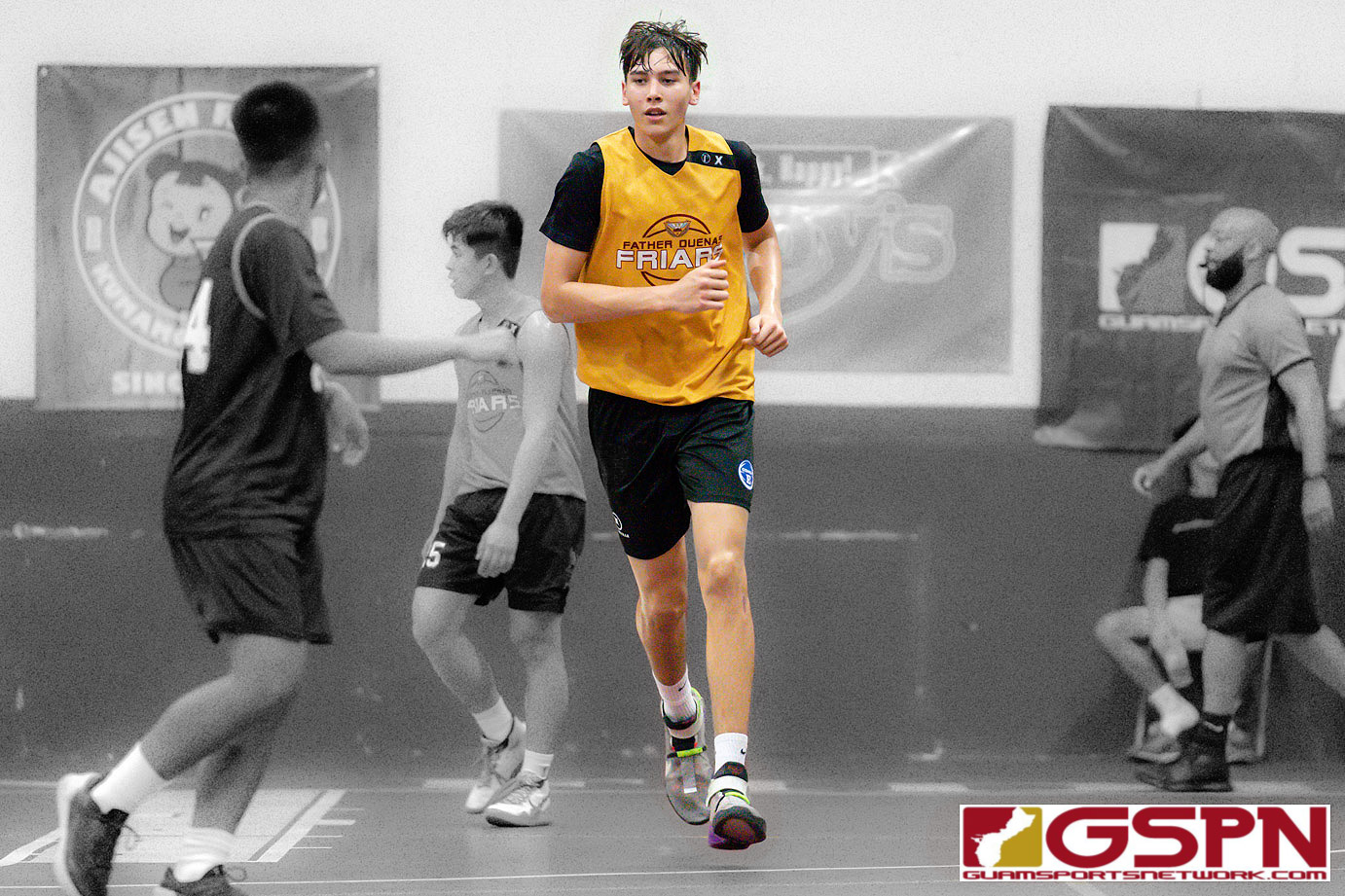 If you don’t know who Matt ‘The Sleek Freak’ Fegurgur is then you don’t have to look too far to find out. Aside from spotting him walking amongst the trees at 6’9”, he’s the center with the highlight dunks and blocks all over social media; you can’t miss him.

The highlights start in the warm-ups with Fegurgur throwing down dunks while the opponents on the other end of the court contemplate how to avoid being posterized. His sleek movement around the court allows him to get quick off the jump to make big time plays and his freakish length makes him a game-changer on both ends of the court: ‘The Sleek Freak’.

After last year’s IIAAG championship game, the FD Friars walked off the court dejected after losing a close match to their rival the St. Paul Warriors. The Friars had a whole year to work on their game, looking to get back to the championship.

All the anger and frustration turned into countless hours in the gym during the offseason, especially for Fegurgur. After a full year, their work was on full display last week at the GSPN pre-season boys’ basketball tournament with the Friars winning the championship over the JFK Islanders. It was the most dominating performance in recent pre-season basketball history as the Friars won by an average margin of 42 points.

“We definitely accomplished our goals for the pre-season tournament. We were looking to improve and get better every day, I think we did a great job on that,” said Fegurgur.

Fans packed the FD Jungle to witness Fegurgur and the Friars take on the JFK Islanders last Friday in the pre-season championship game. Fegurgur did not disappoint the crowd, slamming down an alley-oop inbound dunk courtesy of teammate Isaiah Pelkey as the Friars defeated the Islanders 77-47.

“I feel like my dunks help hype my team and the crowd. It make us play harder and with more intensity,” said Fegurgur.

Fegurgur’s rapid improvement can be credited to the off-season work and camps he attended.

“I went to the states and attended a pair of point guard college camps which helped build my confidence,” said Fegurgur.

After the camps, Fegurgur played with an overseas AAU Basketball team called the Tokyo Samurai. The Samurai played games versus other high level clubs in his age division.

“The experience opened my eyes to college basketball, something I look forward to.”

The Samurai was coached by Kris Thiesen, a coach whom Fegurgur said helped him improve this past year.

“I also owe a lot of gratitude to coach EJ Calvo from the men’s National Team and last, but not least, coach Eddie Pelkey.”

Fegurgur said he studies successful big men in the NBA.

“The players I study the most are Anthony Davis, Joel Embiid and Karl Anthony Towns,” said Fegurgur.

Each of his NBA role models are strong post players, but can also shoot mid-range jumpers and 3-pointers. Fegurgur was not shy to shoot from beyond the arc, making a 3-pointer in a pre-season game.

“They are the best big men in the NBA, it would be ideal to study their moves and learn their game.”

Fegurgur also said he looks up to Team Guam’s big men Curtis Washington, Tai Wesley and Jonathan Galloway. Each of the Team Guam big men helped Guam win back-to-back Gold medals at the Pacific Games. The future looks bright for team Guam with Fegurgur waiting for the torch to be passed to keep the streak going.

Fegurgur is the middle child of Dr. John and Kim Fegurgur. His older brother, John Thomas (FD class of 2017) is currently in college and was a standout football player and power forward for the Friars. His younger brother Jacob, a sophomore, plays on FD’s junior varsity team.