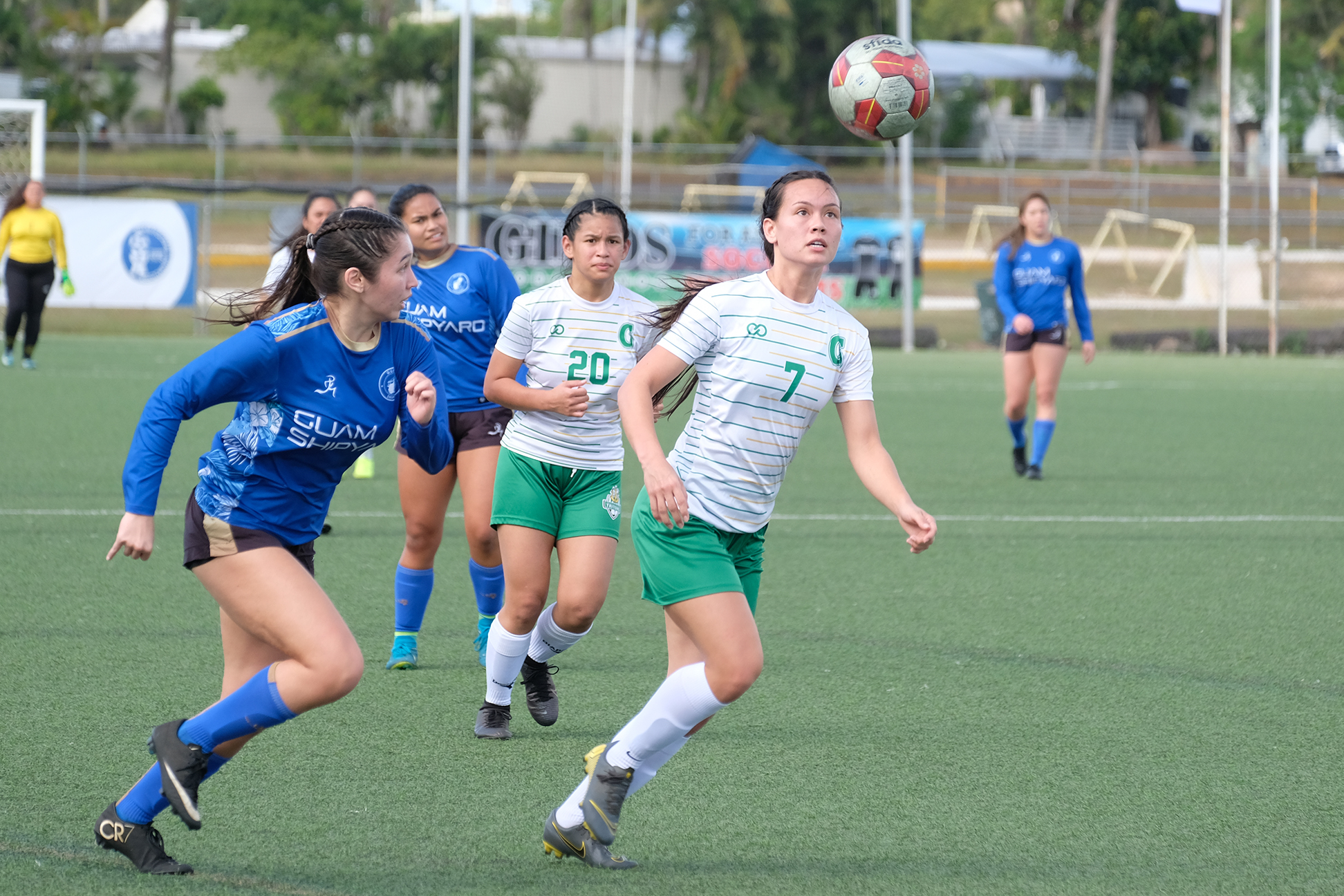 PRESS RELEASE – The Triton Athletics Department at the University of Guam today announced its Student Athlete of the Year as well as awardees for MVP, best offensive and defensive players, and sportsmanship for each athletics program of the 2019–2020 academic year.

The overall Student Athlete of the Year award went to women’s soccer player Colleen Naden, who scored 19 goals over 11 matches, ranking her as the Golden Boot, or top scorer, by a margin of five goals in the premier division of the Guam Football Association’s Bud Light Women’s Soccer League.

“I consider her to be Guam’s best player in the women’s game and truly believe she could play professionally,” said Gary Larkin, head coach of the Triton Women’s Soccer Team. “Ms. Naden possesses the technical, tactical, physical, and mental skills necessary to compete at the highest levels. She is a great role model, and I encourage young footballers to aspire to be like her.”

Additionally, awards in each sport went to the following student athletes:

The men’s and women’s soccer leagues plan to resume play and finish the season when restrictions are lifted.

The awardees will receive trophies, although there will not be a Student Athlete Reception as in previous years due to the pandemic.