The three-month tourney wrapped up last weekend in thrilling fashion! 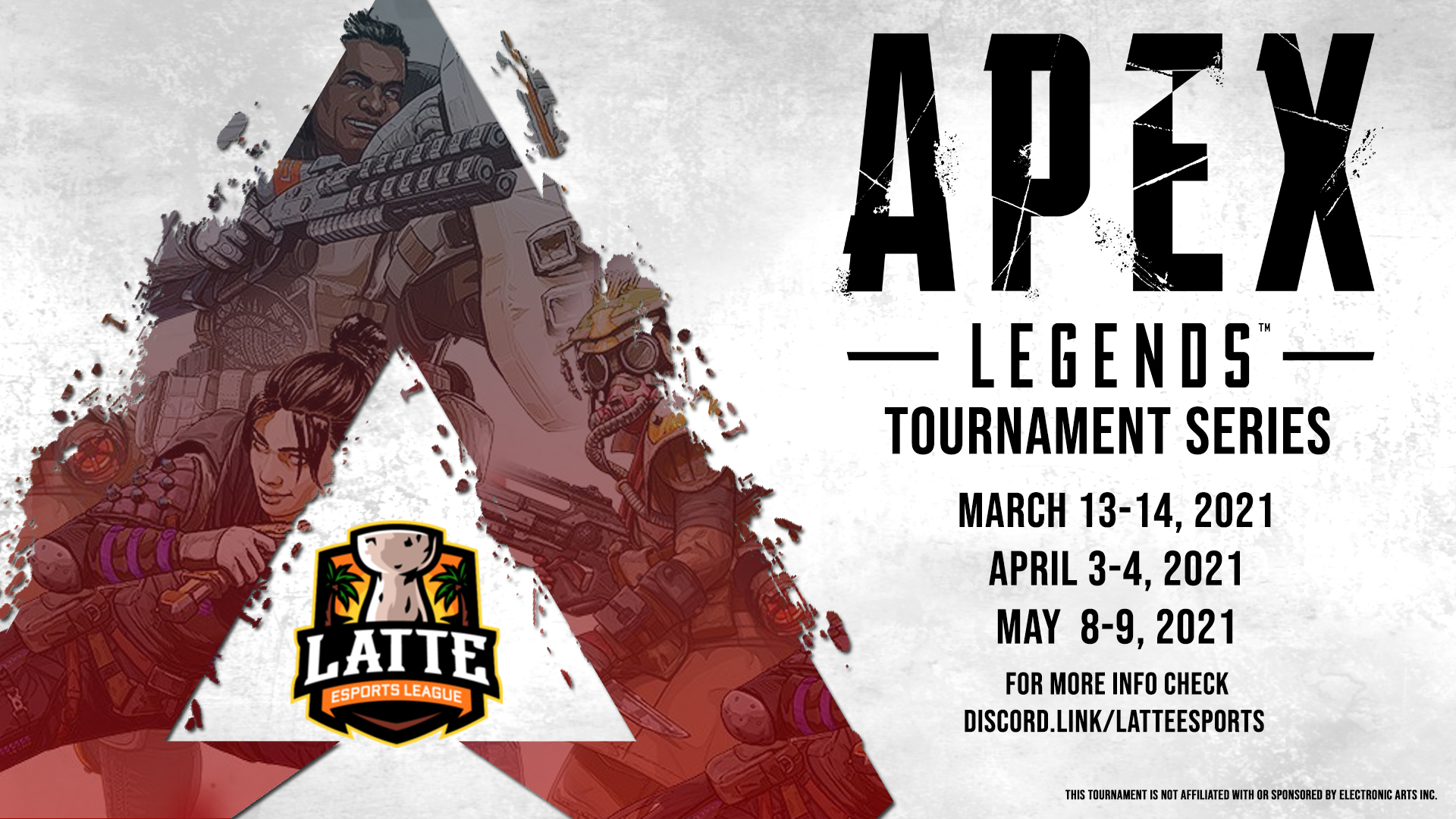 The winner for the first ever Latte Esports Apex Legends Tournament went to the trio ‘1B2C’ (1 Brain 2 Controllers) after a final thrilling weekend of play last weekend! The dramatic finish last Sunday included a near come-from-behind win by ‘Shoot Then’, but the work ‘1B2C’ put in Saturday, winning three total games while getting a hefty amount of kill points, paid off big in the score column.

‘1B2C’ tallied 310 total points to claim 1st place with ‘Shoot Then’ close behind with 306 points for 2nd. The Tournament was over a span of three months beginning in March, but participation had fluctuated throughout with multiple teams unable to commit to the full amount of games.

The final weekend displayed 12 total games, six on Saturday and six on Sunday, with no less than 10 total teams competing each day.

Team ‘Shoot Then’ made a run for the ages winning three of the final six games Sunday, including the final two which really shook up the standings.

‘1B2C’ came away with a huge victory in the 3rd game Sunday with ‘Sargami’ and ‘Yeomso_goat’ pulling off a two-man 1st place victory with over five squads left. The pair managed their spacing well, advanced strategically and made a big push at the end to upstage two full squads to win game three, the biggest game-winning steal of the day.

‘Shoot Then’, led by slayer Justin ‘JustLin_’ Lin, secured 12 team kills in the final game to put pressure on the big lead ‘1B2C’ had. Lin provided a clutch finish in the fifth game and was the kill-leader in the sixth game for a back-to-back wins which led to a dramatic final points tally reveal.

The eventual champs managed to grab a top three finish in the fifth game and 2nd place in the final game with four kills which proved to be overall the difference!

The pressure was on for ‘1B2C’ heading into the weekend with their team clinging on to the top spot.

“Coming into the final weekend for me was very stressful. Being our teams IGL (in game leader) there is a lot of pressure and eyes on as you’re the one making the shots and calls. Wrong calls, wrong pushes all comes back to you. But having the teammates I do made it that much easier because of how they would help keep an eye out on things even when I didn’t see it for myself,” said Collin Leon Guerrero.

“Coming into the final weekend we knew what needed to be done, it was more of the matter of executing like we planned,” said Gene.

The boys also put as much preparation and training time in for this tournament as any athlete would traditionally put in for big games or events.

“How much time we spent was a lot of ranked games, from making it to Masters (rank in Apex) every split with my team and having the best chemistry. Knowing what we know and what’s best for the team,” said Sean.

The tournament was broadcasted on the LatteEsports twitch channel and commentated and single handedly ran by the man Barry ‘ShaydoGaming’ Hernandez.

“Winning this tournament was a step in the right direction in competing. We spent a lot of time as a squad and grinded to Masters. With playing in PC lobbies, you constantly face pros and top Twitch streamers in the higher ranks… Overall tourney was a good experience. We’re hoping for a full lobby this next one and we can’t wait for a shot to become back-to-back Champions. ” said Leon Geurrero.

“No risk no reward, have a deadly Wingman (weapon in Apex) player on your team. Winning the tourney means a lot. It really shows how much skill we really need to improve as a team to dominate this tourney,” said Sean De Leon.

“Winning this tourney showed us that all the time spent grinding and working on our craft was worth it and it paid off,” stated Gene.

You can also find members of the ‘1B2C’ streaming on Twitch!