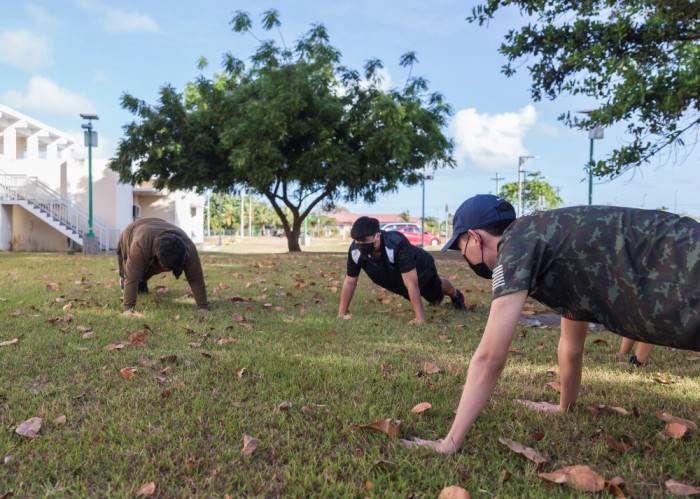 PRESS RELEASE – The Super Smash Bros. Ultimate team of the University of Guam’s Triton Esports program secured a victory in a March 14 collegiate scrimmage against Valparaiso University (Ind.), an NCAA Division I school. The scrimmage provided the inaugural UOG esports team with experience in preparation for their first intercollegiate tournaments later this year.

The match was played in crew battle style, in which one player from each team fought in a one-on-one duel. The winning player then went up against the next player on the enemy team with their remaining stock from the previous fight, until eventually one team’s stock was reduced to zero.

Although the Tritons held a comfortable lead on paper, Valparaiso made sure that every victory was earned. Each match had the fans and Guam-based shoutcasters Andrew “Sheena” Youn and Kai “Aikuda” Rekdahl on the edge of their seats.

More than 70 viewers tuned in for the event, which was livestreamed on Twitch and can be watched on YouTube at https://www.youtube.com/watch?v=HhEv8moerwI.

Led by Coach Adrian Cabradilla, the Tritons started off strong with Jonassey “Jokershiek” Dominguez on the forefront, beating Ryan “Fitz” Fitzgerald with two stocks to spare for a strong lead that continued for most of the match.

Then Valparaiso’s Shannon “Metia” Hollinrake bested UOG’s Christian “Sloth” Ballesta with three stocks left untouched. “Metia” continued to play strong when Bill “Pokedranzer” Lactaoen of the Tritons took over but winning with only one stock available. Valparaiso’s Joshua “Pizzaman” Mangnall was then in the perfect position to finish “Pokedranzer” while preserving all three of his own stock, effectively equalizing the playing field.

“I’m pleasantly surprised, along with our coaches and athletes, at the level of competitive play that we’re able to not only engage in, but come out victorious in,” said Tritons Esports Interim Coordinator and Head Coach John Wiglesworth. “We look forward to joining our first Super Smash Bros. Ultimate intercollegiate tournaments this fall.”

Until then, the team will be playing friendly showcase matches against a collegiate team at 1 p.m. every Saturday, starting with:

The Triton Esports program launched in February 2020 and formed its official teams for Super Smash Bros. Ultimate and League of Legends in the fall semester. The athletes train 20 hours per week, which includes not only practicing their gaming skills and strategies but also mental health check-ins and daily physical fitness with coaches.

The Triton Esports program invites the community and prospective student esports athletes to follow its competitive teams at https://esports.uog.edu as well as on Instagram, Twitch, and Discord.

Esports fans can also tune into or participate in Triton Esports’ two island-wide events in celebration of University of Guam Charter Month: