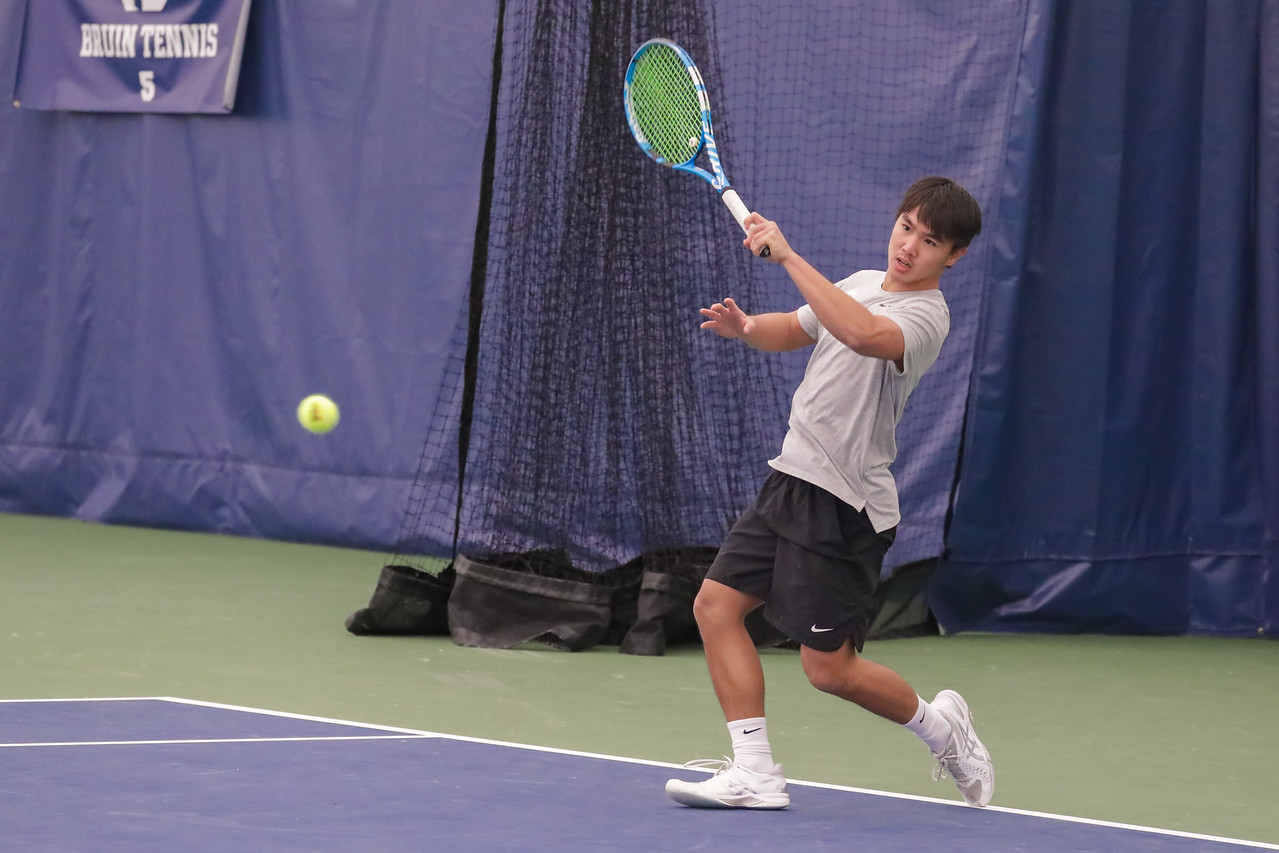 The Bruins finished their season with a record of 6-0 in the D3 North West Conference (NWC). Camacho finished his conference play with a 5-1 record in the singles division (positions 3-6) and a perfect 6-0 in doubles (position 3).

Camacho, a 2019 graduate from Father Duenas Memorial School, was the IIAAG boy’s tennis MVP in 2017 and was also the IIAAG singles champion in 2018. Camacho also competed for Guam at the Pacific Games in Samoa in 2019 for the Guam National team joining Mason Caldwell, Derek Okuhama and Danny Llarenas.

Camacho won both his singles and doubles matchups against his opponents from Lewis & Clark to help the Bruins clinch hosting rights in the Regional Tournament with an 8-1 victory.

Camacho defeated Lewis & Clark’s Shane Lynette (6-3, 1-6, 10-3) in his singles matchup. Camacho then joined teammate Vahag Pashayan to defeat their opponents Daniel Lane and Miles Stone by a score of 8-4.

“My goal is to represent my college as well as I can and to play well in this tournament,” said Camacho.

With the regular season done, the next step is the NWC championship. The Bruins will play against Lewis & Clark college on Friday (May 7th) at 3pm PST. The winner will advance to play the winner of the Pacific University vs Whitman University matchup.

Should the Bruins advance and win the NWC championship; they will advance to the Regional tournament. Success at the Regionals will earn them a spot in the big show – the National Championship. Right now, the team is focused and the goal is make it as far as possible. The Bruins are currently ranked 3rd in the West Region.

“I believe playing at a collegiate level has helped me improve mentally and physically,” said Camacho.

Since entering the Bruin program, Camacho said that his workout regime and team practices made him grow physically. Being exposed to different opponents has helped his confidence on the court.

“Playing opponents of different skill help me grow on the mental side of tennis as well.”

Camacho is just finishing his sophomore year at George Fox University. He takes a lot of pride representing his school and his island. Camacho said that when he done playing collegiate tennis, he hopes to continue representing Guam in National Tournaments.