JFK grabbed an opening day win over the Okkodo Bulldogs. 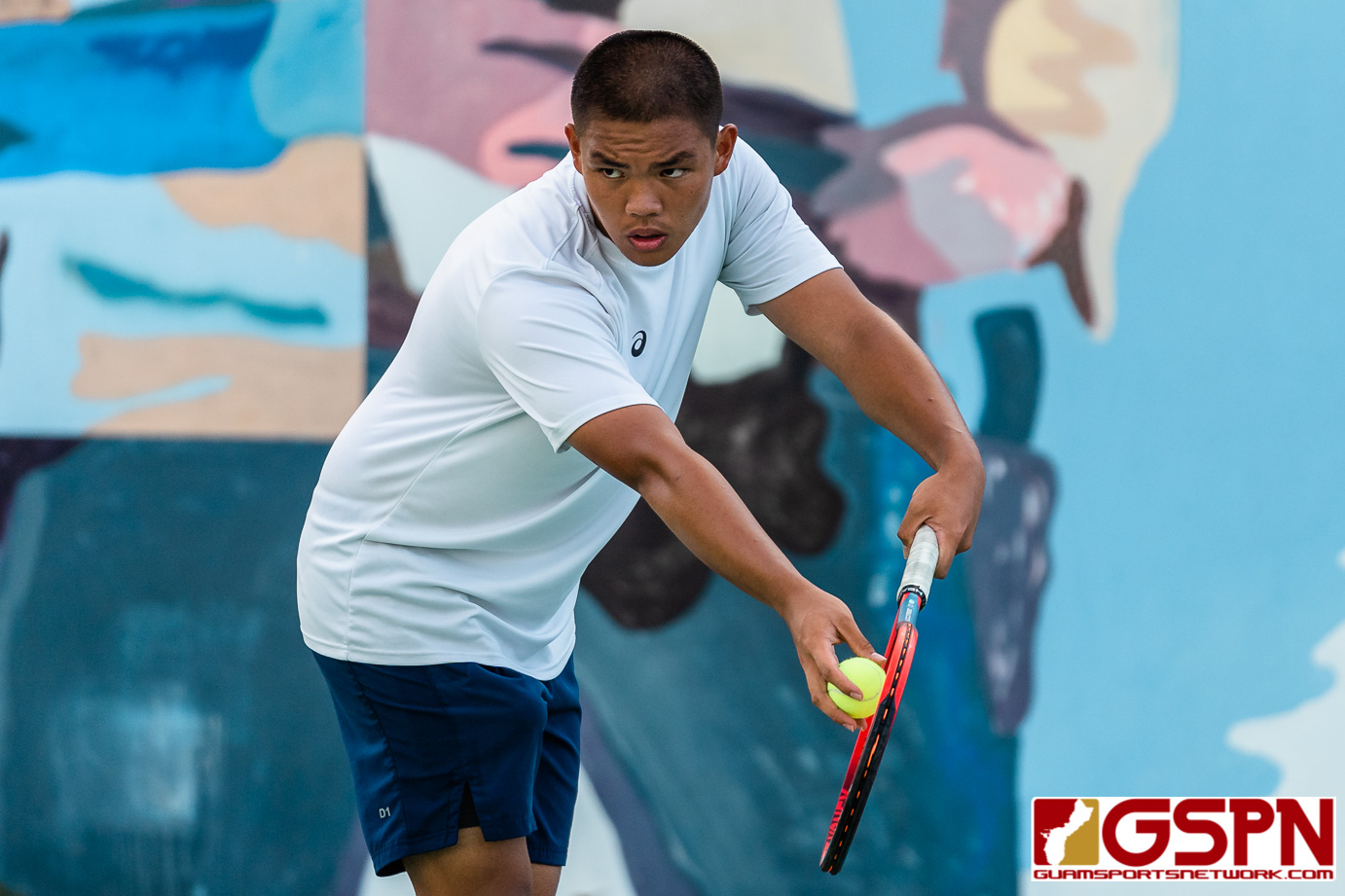 The ISA 2022 Tennis Season got under full swing Tuesday afternoon with the JFK Islanders defeating the Okkodo Bulldogs in both Singles and Doubles I matches. Highlighting the day was JFK senior Zian Benavente, who made his Singles I debut after exclusively playing doubles since sophomore year.

Benavente grabbed an 8-4 win over Okkodo’s Bryce Manalo after the pair split their first four games. After getting guidance from his coach Jon Rudolph, Benavente would settle in and win the next three games to gain a sizable lead 5-2.

“I was very nervous in the beginning, but during the switches, our coach was able to calm me down. My coach told me that I was holding back my power and he told me I needed to use my power now. Using power is where I’m comfortable, and holding back on power is good for consistency, but he said I was holding back too much,” said Benavente.

Manalo would grab game 8 and 10 to extend the game, but Benavente would close out the contest winning game 11 and 12 to secure the opening day victory. Benavente was advised to jump to Singles I after his coaches noticed he had the skills to compete.

Making another debut in the Singles I Division was JFK’s Eternity Nishiyama, who also grabbed an 8-4 victory over Okkodo’s Mia Hidalgo. Nishiyama started her match winning the first four games, but Hidalgo mounted a comeback winning three of four games in 7,9 and 10 to pull within 6-4.

“It’s my first time in Singles I so I was feeling a little pressure, but I’ve been practicing hard this year,” said Eternity on settling into the game.

Nishiyama would close out the game winning the final two games (11 and 12) to also secure her debut win.

“I tried not to hit too hard and tried to just not miss. [Mia] was a good player and we had good rallies,” said Nishiyama.

JFK will travel to UOG to face GW on Thursday while the Bulldogs will host the Southern Dolphins up North on Thursday as well.