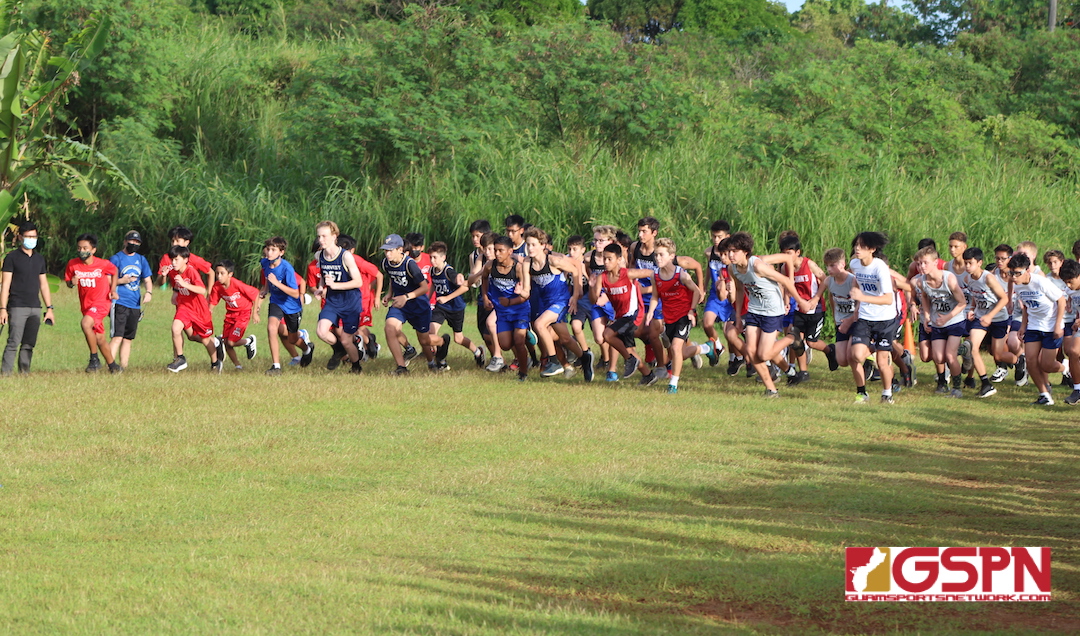 “I saw the amount of people here today and felt some pressure to do well. But I’ve been having success so far this season and just tried my best,” said Rink.

The crowd did not seem to get to Rink as he started off the race in a fast pace and maintained his lead. Rink said that with every meet he saw improvement in his PR (personal record) times.

“With every race I was doing better, I actually broke my PR by 20 seconds today,” stated Rink.

Coming in second place was Rink’s teammate Talan Farrington who also managed to clock in before the 9-minute mark. A pair of Andersen Dragons followed with Clay Martin and J.C. Garcia coming in a respectable 3rd and 4th place.

Back-to-back championBeckenhauer was the only female runner to clock in under 10 minutes with a time of 9 minutes and 54 seconds. Beckenhauer, an eighth grader, said she wanted to get this victory before she moves off-island.

“I woke up this morning and told myself that this race was going to be good no matter where I finished or what my time would be,” said Beckenhauer.

“I’m leaving in June of next year. This team is like family to me, I made many friends on this team and my best friend is also on this team. Last year, many of my teammates moved off-island and we got some new teammates. We really made the best out of it,” said Beckenhauer.

Coming in a respectable second place in the girl’s division was St. John’s runner Hayden Wilson with a time of 10:25. Andersen Dragons occupied the rest of the top five positions with Jordynn Crandell, Addison White and Julianna Regalado finishing third, fourth and fifth, respectively.

After the meet, there was a presentation for the team champions and the Dragons celebrated a double victory, winning both team championships.